Come on Man Sign The Deal Before The Hawks of Iran do!

The Biden administration’s procrastination over the US return to the 2015 deal with Iran, which limits its nuclear programme in exchange for lifting sanctions, has needlessly complicated the European Union’s effort to bring both Washington and Tehran into full compliance. 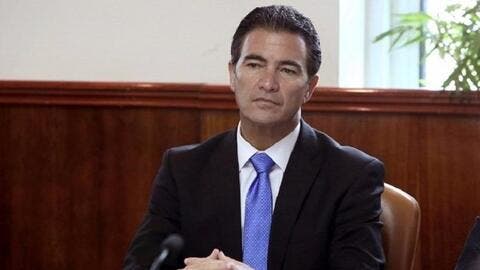 Since Donald Trump abandoned the nuclear deal in 2018, conditions have changed dramatically and the longer the Biden administration delays the more the situation will be transformed.

Iran has made major technological advances in its nuclear programme which the deal froze.  Tehran has raised uranium enrichment from 3.7 per cent permitted in the deal to 60 per  cent, accumulated a stockpile of uranium purified to various degrees, and developed and deployed hundreds of advanced centrifuges, banned by the deal, for uranium enrichment.

Iran has also made progress in developing ballistic missiles and armed drones. Both are worrying Washington as medium-range missiles have been used by Yemeni Houthi rebels to strike strategic targets in Saudi Arabia while drones have hit Iraqi bases used by US and allied Western forces.

Iran’s regional ally, Hizbollah, remains a potent force in Lebanon, while the Syrian government, backed by pro-Iranian militias and Russian airpower, has survived 10 years of civil and proxy warfare.  The Houthis are slowly advancing in Yemen as the Saudi-led coalition has pressed for an end to the stalemated conflict and Iraqi Prime Minister Mustafa Kadhimi has been unable to loosen the grip of the pro-Iran Shia militias on that country.  Palestinian Hamas thanked Iran for providing plans for longer range rockets in the May exchange of rockets and bombs between Gaza and Israel.

Also, on the regional front, Baghdad has brokered talks between Tehran and Riyadh with the aim of ending their rivalry and creating grounds for reconciliation. If this move is successful, other Gulf states could also seek to revive relations with Iran, cooling tensions in that area.

On the international front, Iran has concluded a 25-year deal with China for trade and investment and China has raised its imports of Iranian oil to nearly 1 million barrels a day.

On the domestic front, Iran has also been altered — for the worse from the US and European point of view.  Trump’s abrogation of the deal has weakened the moderate camp which negotiated and benefitted politically from the nuclear agreement during the 18 months it was in force. Iran has also demonstrated fortitude on the internal plan. By pulling out and clamping down punitive sanctions Trump failed to force Iran to capitulate to a dozen unacceptable demands drawn up by his anti-Iran hawk secretary of state Mike Pompeo.  This policy has strengthened the anti-US hard-line camp in Iran and done serious harm to Iranian civilians who have been deprived of medicines and medical equipment during the covid crisis as well as other essential supplies.

EU negotiator says Iran deal could be clinched in "next round" of talks https://t.co/nYFSZWCogx pic.twitter.com/LlMI5X4FFN

Iranians who welcomed the nuclear deal no longer trust the US. This has opened the door for hardliners to take over the levers of power.  They have done this by limiting candidates allowed to stand in both parliamentary and presidential elections.  The instrument for carry out the exclusions is the unelected 12-member Guardian Council which, during the 2020 parliamentary campaign, disqualified more than 80 sitting majlis members, many of them reformists, prompting a boycott by their camp.

Many voters did not cast ballots because of the boycott or fear of covid. Others were  alienated by mismanagement, corruption, the privations from US sanctions, and the killing of demonstrators in the November 2019 mass protests against unemployment, rising prices, and economic collapse. Turn-out was only 42.5 per cent.  Conservatives won 230 seats out of 290, including all 30 in Tehran.

Ahead of the June 18th presidential poll the Guardian Council has disqualified all but Seventee five conservatives and two reformists — of the 593 potential candidates who put themselves  forward.

The Iran deal 2.0 is crucial. And it can wait a few weeks, @jrezaian writes https://t.co/Ok6xppkLHT

Among the exclusions were veteran parliamentary speaker Ali Larijani, a conservative-reformist, and ex-vice president Eshaq Jhangiri.

The council’s objective is to ensure victory for the ultraconservative head of the judiciary, Ebrahim Raisi, who presided over the executions of thousands of political prisoners during  1988.  He is being groomed to succeed supreme guide Ayatollah Ali Khamenei, a frail 83-year old.  Raisi won 38 per cent of the vote in the 2017 presidential poll but was defeated by outgoing President Hassan Rouhani who took 57 per cent, winning a second term in office by larger margin than in 2013 when he secured 50.7 per cent.

During that campaign Rouhani had the advantage as the 2015 six-power agreement was being implemented and Iran’s economy had a sudden burst of growth which sparking hope that conditions would improve and the country’s isolation would come to an end.  Hope is in short supply these days.  A poll taken on May 26th-27th showed that only 36 per cent of registered voters could be expected to vote, down from 43 per cent in a survey conducted 10 days earlier. 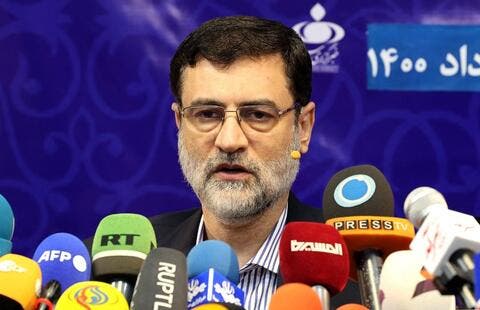 Iran’s dominant clerics have always argued that the legitimacy of their regime derives from the votes of Iranians. What can they say if this is no longer true?

Michael Jansen is a columnist for The Jordan Times