Merkel's Democracy and Arming Egypt to The Teeth 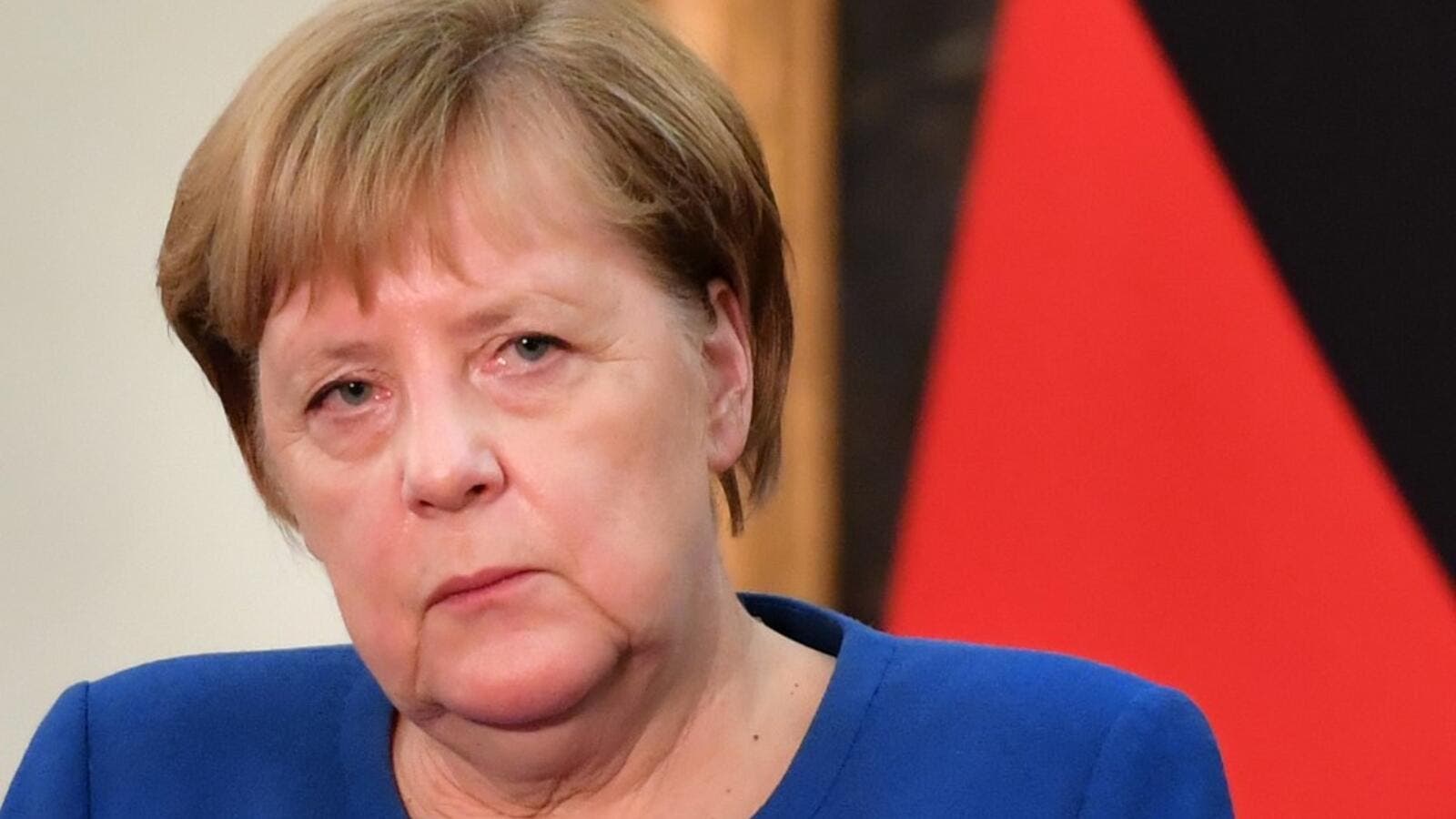 German Chancellor Angela Merkel ponders during a joint press conference with Italy's Prime Minister within their meeting at Villa Pamphili in Rome on November 11, 2019. Alberto PIZZOLI / AFP
Highlights
Surely, then, to the leaders of the so-called free world, Morsi's name ought to be in their minds and on their lips as a martyr of freedom, democracy, human rights and equality?

In the same week that Angela Merkel lectured us on the fragility of democracy, the UN released a report on what it called the "state sanctioned arbitrary killing" of Mohamed Morsi.

The report describes the motives for Morsi's cruel imprisonment and eventual killing, as 'political', which is, with due respect to its authors, an exercise in stating the obvious.

The Sisi regime cruelly imprisoned, tortured and eventually murdered Egypt's first, only and potentially last democratically elected president, merely for the "crime" of being those things. It hardly gets more ostensibly "political" than this. Morsi's murder is a case of democracy versus fascism and tyranny at its most ruthlessly visceral.

Surely, then, to the leaders of the so-called free world, Morsi's name ought to be in their minds and on their lips as a martyr of freedom, democracy, human rights and equality?

This leads me back to Merkel. The German chancellor recently used the platform of the 30th anniversary of the fall of the Berlin Wall to claim that the "values on which Europe is founded," which she characterised as "freedom, democracy, equality, rule of law, human rights", are not "self-evident" and must be "revitalised and defended time and time again".

She went on to say that "we stand stripped of any excuses and are required to do our part for freedom and democracy."

In case you didn't know, Merkel isn't speaking to you if you're an Egyptian or a victim of any of the other vicious tyrannies that Germany and Europe support in the Middle East and North Africa or around the globe.

In fact, any Egyptian who is motivated to "do your part for freedom and democracy", can expect to be met by murderous security forces armed to the teeth with German and European weaponry.

Though US military aid to Egypt is well documented, Europe is now the largest provider of arms to Sisi by a wide margin.  The very technology of Sisi's repression is provided by Europe, with Germany playing its part in providing his regime with around $4.2 billion in weaponry since his counter-revolutionary coup in 2013.

In direct contradiction to Merkel's empty words on supporting democracy and human rights, in the period from 2008-2012, one evenly split between the last days of the Mubarak regime and the brief democratic era, arms sales from Europe totalled a relatively meagre €820 million.

So, since Sisi came to power, dripping with the blood of democrats, reformists, freedom fighters and innocents, Europe has made sure he has the necessary means to torture, disappear, imprison and repress as many Egyptians as possible - right up until this very day.

This material support for tyranny in Egypt has been matched with unfettered diplomatic and political support from Europe to Sisi, with Merkel happily meeting with and striking racist anti-refugee deals with the dictator. In October 2018, she met with Sisi in Cairo, and praised him for his "leading role" in combating "terrorism and illegal immigration", further gushing that his regime was a "role model stability".

This is how the same person who claims Europe is founded on the principles of democracy, freedom and human rights, characterises a leader who, in the pursuit of eradicating democracy, is directly responsible for the murder of over 1,000 people, mostly pro-democracy protesters, in one single day.

This is how the person who talks about the need to "revitalise democracy" describes regime that has imprisoned, tortured, disappeared and sentenced to death thousands of people, including journalists and human rights activists.

This is how the alleged bastion of democracy, Merkel talks about a regime that according to the UN arbitrarily killed her democratically-elected counterpart, Morsi.

Earlier this year, just a few days after the Sisi regime executed nine men who had been tortured into confessing to the assassination of the regime's chief prosecutor Hisham Barakat, European leaders flocked to Sharm El Sheikh for a joint EU-Arab League summit.

Figures such as Merkel, Macron and the president of the European Council Donald Tusk ignored the pleas of human rights campaigners, once again green lighting and normalising Egypt's vast human rights abuses.

As with Merkel's earlier meeting with Sisi, the main European impetus in Sharm was to shore up Sisi's role as a policeman at the walls of Fortress Europe - the brutal henchman of Europe's racist and genocidal enterprise of keeping the continent as white and Christian as possible.

The undercurrent of this meeting perfectly encapsulates the contradictory - if not potentially suicidal - nature of Europe's democrats: On the one hand, they want to stand against the domestic far-right and issue pleas regarding the defence of freedom and democracy in Europe, but on the other, they act to support tyrants around the world.

The core logic of this is not mere "Eurocentrism" as much as it is the plain old racism that fed into and emerged out of imperialism.

You can't claim to want to uphold the principles of freedom, democracy, equality and human rights, while you support and participate in the most gross and inhuman violation of all four.

How can anyone possibly preach about "equality", as Merkel does, if your vision of freedom ends in the Mediterranean? The end result is simply to shore up of the kind of ideologies and prejudices that feed into the European far-right and would-be tyrants.

A key component of the fall of democracy in Europe was precisely the will by democrats to turn a blind eye to tyranny when it didn't immediately affect them, or when it profited them in the short term.

The Arab spring is considered by many to be the greatest movement for liberty since the Berlin Wall - along with the tyrannical Iron Curtain - fell in Europe. It's a great indictment of Europe's political leaders that in the 30 years since vanquishing tyranny in Europe, they haven't upheld a simple but essential maxim: you either support democracy and freedom as a universal principle or you don't support it at all.

In fact, this selective application leads to its direct antithesis.

If you support freedom and democracy for one group of people, in this case Europeans, while participating in the subjugation of another, namely not just Egyptians, but the oppressed of Saudi, Yemen, Iraq, Syria, Bahrain and others, you are not supporting freedom at all; rather you are reinforcing the politics and relations of supremacy and chauvinism.

This is why Europe didn't even recognise Morsi's death, much less his murder by the regime they continue to lavish with praise and the tools of repression.

UK Chancellor Warns: Cash System May Collapse Within A Decade