Saudi Crown Prince Mohammed bin Salman's tone has shifted drastically with regards to Iran, and it bodes well for the whole region.

Soon after Iran’s Islamic Revolution of 1979, the Kingdom of Saudi Arabia began viewing the new government in Tehran as a grave threat. The ideology promoted across the Middle East by the Islamic Republic scared the Al Saud royals who had witnessed Ayatollah Ruhollah Khomeini lead a popular revolution under the banner of Islam that toppled a western-backed monarch. 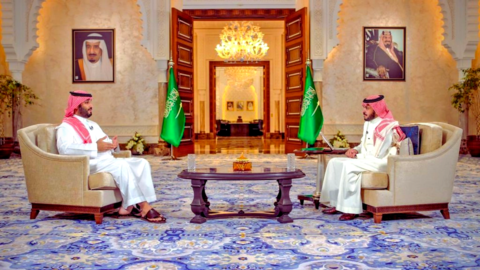 I explain in @ForeignPolicy why MBS suddenly has shifted on Iran. in 2017, he said dialogue with Iran would be "impossible." Now he's holding secret talks with Iran.

A key catalyst has been the specter of US withdrawal from the region.>>https://t.co/nnmPD0O7m9

Throughout the 21st century, the Saudis have witnessed Iranian influence grow and consolidate across the Arab world, especially following the destruction of Saddam Hussein’s regime and the eruption of “Arab Spring” revolts in 2003 and 2010-2011, respectively. From Syria to Yemen and Iraq to Lebanon, the Iranians have successfully exploited regional chaos by backing specific militias that became powerful political actors.

In 2018, Saudi Crown Prince Mohammed bin Salman (MBS) went as far as saying that Iran’s Supreme Leader “makes Hitler look good”, essentially depicting the Islamic Republic as an evil regime that must be countered at all costs. That remark came just 11 months after he threatened to take the battle to Iranian territory. “We won’t wait for the battle to be in Saudi Arabia,” he said in 2017. “Instead, we will work so that the battle is for them in Iran, not in Saudi Arabia.”

So, it was understandable how MBS’s April 27 interview with Al Arabiya took many observers by surprise. The Saudi Crown Prince said that his country wants a good relationship with Iran. “We do not want for Iran to be in a difficult situation, on the contrary we want Iran to prosper and grow,” stated MBS. “We have interests in Iran, and they have interests in the Kingdom to propel the region and the world to growth and prosperity.”

Iran and Saudi Arabia are conducting secret talks in Baghdad that could reduce tensions not only between them but in conflicts in Lebanon, Syria, Iraq and Yemen. https://t.co/zLkDbFT8TX

It would be oversimplistic to fully attribute the shift in tone to the change of leadership in Washington. After all, Riyadh’s attempts to engage the Iranians began after the Aramco attacks of September 2019, when officials in Riyadh found the Trump administration’s lack of any bold or definite response to be alarming.

But Joe Biden being in the White House is an extremely important variable in the equation.

With the current US administration negotiating a revival of the JCPOA and having announced the end of Washington’s support for the Saudi-led coalition in Yemen, MBS has adjusted his strategies. The Saudi crown prince appears to be pragmatically embracing a more diplomatic approach to the Middle East that is less bellicose and maximalist than the foreign policy that he aggressively pursued during Trump’s era.

The crown prince sees Biden as far less willing than Trump to take pro-Saudi positions on virtually all issues or to bend over backwards to defend MBS. The current Secretary of State, Antony Blinken, does not instinctively embrace the Saudi government’s official talking points on every issue in the region as did his predecessor, Mike Pompeo. Ultimately, the new leadership in the White House does not want to constantly back up the Saudis to the point whereby there’s hardly any incentive for Riyadh to explore opportunities for constructive diplomacy with its rivals and adversaries.

“Having the United States available in the background to deter, contain, or militarily eliminate Saudi Arabia’s headaches, for instance, was preferable to the Saudi leadership to negotiating with Iran in the knowledge that it would inevitably lead to painful compromises for both sides,” explained Dr Trita Parsi, an expert on Iran and the executive vice president of the Quincy Institute for Responsible Statecraft. “As long as the Saudis had what they saw as a US option, confrontation was deemed superior to diplomacy.”

Since Biden’s electoral victory in November 2020, Saudi Arabia has started seeing diplomacy as its best option not only in terms of dealing with Iran, but other actors too. This change in Riyadh’s foreign policy amid the Trump-to-Biden transition was first on display in Al Ula when MBS hugged the Emir of Qatar at the start of a summit that led to Saudi-Qatari reconciliation. The Kingdom has also taken steps to ease friction with Turkey.

On the Iranian side, MBS’s recent interview has been well-received. The Foreign Ministry spokesman Saeed Khatibzadeh said that Tehran welcomed the “change of tone” and that “with constructive views and dialogue-based approach, Iran and Saudi Arabia, as two important countries in the region and the Islamic world, can enter a new chapter of interaction and cooperation to achieve peace, stability and regional development by overcoming differences.”

The Iranian Foreign Ministry has welcomed #Saudi Arabian Crown Prince #MBS’ calls for friendlier bilateral ties and said that it was time for the two countries to put their differences behind them and enter a “fresh chapter of interaction.” Read more:https://t.co/uRiYnjbPyu

In Iranian media there has also been an interpretation of the crown prince’s conciliatory tone as a sign of Saudi weakness in Yemen and elsewhere. For example, Javan, a conservative Iranian newspaper, addressed the “battlefield gains” achieved by the Tehran-supported Houthi rebels whose “relentless [missile and drone] attacks deep inside Saudi Arabia territory…made MbS soften his tone.”

MBS’s recognition of Iran as a permanent neighbour that must be engaged in constructive dialogue by all states in the Gulf bodes positively for the Middle East. An Iranian-Saudi detente could do much to lower regional temperatures, particularly in countries like Iraq where sectarian violence has become a lingering reality.

Even if the Iranians and Saudis do not settle their problems quickly, which is likely, the mere opening of a dialogue and even slight cooling of tensions between the two countries could result in more stability in the Middle East.

Fortunately, there is no shortage of countries that either are working to de-escalate tensions between Riyadh and Tehran or have at least offered to try to do so. This list includes Kuwait, Oman, Iraq, Qatar, Russia, and Pakistan, which all seek to have positive relations with both Iran and Saudi Arabia. Each of these countries have their own concerns about how any conflict in the Gulf could undermine their own fundamental security and economic interests.

Of course, real shifts in Riyadh’s foreign policy will require changes in Saudi actions, not only rhetoric. To what extent would the Kingdom be willing to make concessions to Iran? The same must be asked about what the leadership in Tehran is willing to sacrifice in the interest of better accommodating Saudi Arabia’s legitimate interests in the region and assuaging Riyadh’s security concerns.

As MBS stated in last month’s interview, the Kingdom continues seeing “negative behavior” from Tehran and he did specify that this entails Iran’s nuclear activity and sponsorship of certain militias in the Arab world. To be sure, any real rapprochement between these two regional powers will require the Iranian and Saudi governments to reach a new understanding on the role that various organisations (Hezbollah in Lebanon, Hashd al-Shaabi in Iraq, Ansar Allah in Yemen, etc.) can play in these countries’ political arenas.

Whether both Tehran and Riyadh choose to make painful compromises that would be necessary for Iranian-Saudi reconciliation remains to be seen. 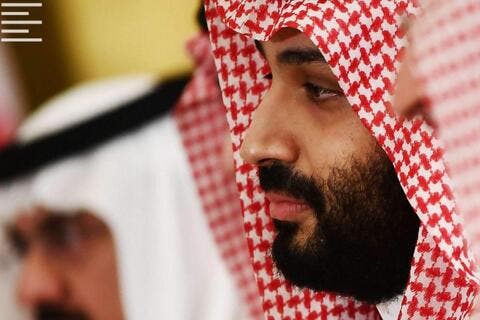