Stop This Selfishness Vaccinate The World!

When G20 finance ministers meet in Venice this weekend, they should adopt a plan to immunize the world against the coronavirus disease (COVID-19). Every vaccine-producing country will be in the room: The US, the UK, the EU, China, Russia and India. Together, they produce enough doses to complete the immunization process for the entire globe by early 2022. Yet the world still lacks a plan to get it done. 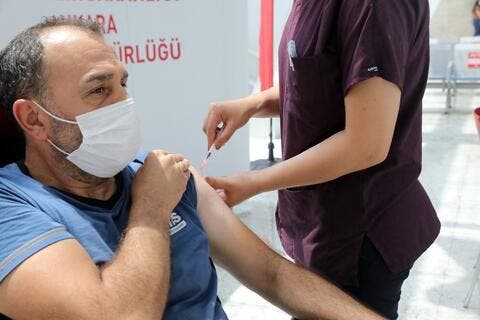 Over 2.96 Billion Shots of The Covid Vaccine Given Worldwide

Some thoughtful perspectives on where we have been, and what comes next, in the effort to vaccinate America ... and the world (from @nytopinion):https://t.co/WjX45WVD2p

The existing global effort to bring vaccine coverage to poor countries, known as the COVID-19 Vaccine Global Access (Covax) facility, has fallen disastrously short of what is needed. Vaccine-producing countries have used their output to vaccinate their own populations — with many millions of doses to spare. And vaccine-producing companies have made secret deals with governments to sell doses bilaterally rather than through Covax at a lower cost.

The world is plagued by the selfishness of the vaccine-producing countries, the greed of the companies and the collapse of basic cooperative governance between the world’s major regions. We doubt that experts from the US government have ever met (even by video call) with their counterparts in China and Russia to plan a global vaccine campaign. The US has been more interested in shipping vaccines to Taiwan, presumably to embarrass the People’s Republic of China, than to work with Beijing to protect the entire world.

Scientists have been sounding the alarm that delays in global vaccine coverage could prove devastating for the entire world, as new variants arise that evade the existing vaccines. That ominous breakout is already underway. Israeli scientists have reported that the Pfizer-BioNTech vaccine is only 64 percent effective against the Delta variant, compared to 95 percent effective against the original virus (though four other studies found significantly higher efficacy).

Devastatingly, the next global surge is on, fueled by Delta. Most countries have v dark days ahead as vaccination levels are low - Indonesia for example. #COVID19 vaccines are spectacular, even against Delta. We have to vaccinate the world with much greater urgency - priority #1 pic.twitter.com/hf5PG6V1UE

The good news is that comprehensive global vaccine coverage is feasible. Global production levels are now high enough to reach comprehensive coverage for the adult population in every country within a few months. What we need now are plans to share vaccine doses among countries worldwide, rich and poor alike, supported by logistics and financing. None of this is out of reach if the G20’s members finally start planning seriously.

Shockingly, there are no systematic, comprehensive and up-to-date official figures on expected monthly vaccine production according to producing company and country. We have based our estimates of likely vaccine production in the coming months on the actual doses delivered and each company’s announcements, mainly in statements to investors or press releases. From this projection, we have devised a preliminary timeline to achieve a high level of global vaccine coverage. The failure of Covax, the World Health Organization (WHO), the G20 and the vaccine-producing countries to do the same amounts to a dramatic breakdown of global cooperation.

Our estimate is the following. Monthly production by all companies producing COVID-19 vaccines that have received emergency use listing by the WHO and national regulatory authorities, and that are being widely administered between July and December 2021, will average about 1 billion doses.

The U.S. is donating vaccines to save lives, rebuild the global economy, and slow the threat of variants. That’s why we are shipping 1.5 million doses of the Moderna vaccine to El Salvador and coordinating with #COVAX to vaccinate as many people as possible. pic.twitter.com/csPl66Yc63

The world’s population is 7.8 billion, and 5.8 billion are 15 or older. If we define comprehensive immunization as 80 percent coverage of the adult (15 and older) population in each country, the world should be aiming to immunize 4.6 billion individuals.
As of June 30, about 850 million people have been fully immunized, and about 950 million more have received the first dose of a vaccine. To achieve 80 percent adult vaccination coverage globally, about 6 billion doses will be required.

We have made a preliminary spreadsheet model showing that, with about 1 billion vaccine doses delivered each month and approximately 6 billion doses required, we can achieve comprehensive vaccine coverage in about six months — by early 2022. The precise numbers depend on the specific combination of vaccines. But that will happen only if there is a global plan that includes a timetable to allocate the doses across all countries, a logistical plan to transport the vaccines, an implementation plan within every country, and a financing plan.

There are enormous global risks. The Delta variant is now surging through Africa, auguring a monumental catastrophe unless immunization coverage is dramatically accelerated. The Africa Task Force of the Lancet COVID-19 Commission has issued an urgent appeal for 300 million vaccine doses for Africa.

There are costs to delta variant panic, argue @UCSF's @MonicaGandhi9 and Kyle Hunter

"Messaging heightened anxiety and new masking guidelines around the delta variant... sends a confusing message about vaccines and their effectiveness."https://t.co/9IXKFAkPXc pic.twitter.com/fidyQJvQvg 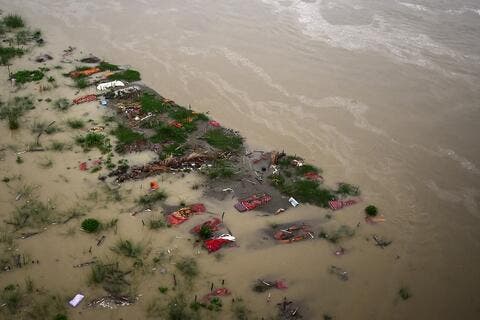 Moreover, new variants with a greater ability to evade the existing vaccines may soon emerge. And the global anti-vax movement and disinformation campaigns have spurred vaccine hesitancy, which means that, even when doses are available, uptake falls well below comprehensive adult coverage.

A friend of mine in East Africa is treating a massive surge of Covid patients. He hasn’t had access to a vaccine and likely won’t anytime soon.

Before we talk about boosters here, frontline healthcare workers around the world must be our priority.https://t.co/BqQzsv0IGs

In short, we are still profoundly unsafe — everywhere. The 4 million confirmed COVID-19 deaths to date (excess death figures indicate that actual deaths are probably many times higher) are the tragic result of the world’s failure to respond to COVID-19 with clarity, cooperation and compassion. The G7 pledge last month to donate 870 million doses, enough to immunize about 435 million people fully, remains far short of a global plan.
It is imperative that the G20 members come together and act to provide the needed vaccines. The world’s health depends on what happens in Venice this weekend.