As Western countries take a backseat, the UAE is gradually building a region that empowers Russia and China – much at the expense of American and European leverage.

The coverage following the assassination of Chadian President Idris Deby by FACT rebels on April 19, 2021 revealed the complexity of intricate networks of arms, fighters and international sponsorship linking the conflict zones of Africa and the Middle East. 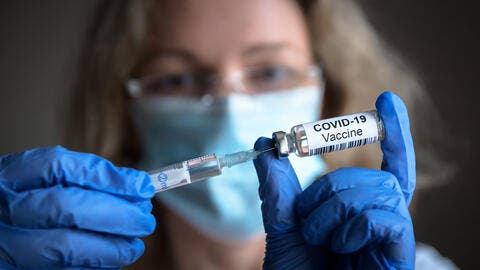 At the heart of these networks stands a small tribal monarchy that is increasingly becoming a major player across the region: the United Arab Emirates (UAE). Empowered by a gradual US and European withdrawal from the area, Abu Dhabi has filled the void taking matters of regional security into its own hands following a vision that undermines Westerns interests and values.

This study @Cinzia_Bianco and @asliaydintasbas is perhaps the most interesting policy report I have read on the rivalry between #Turkey and the #UAE.

I especially like that it explores the rivalry outside of the Middle Eastern regional context. https://t.co/prxu2ZwMib

Over the past decade Abu Dhabi has become an ever more assertive player whose dubious partnerships with local authoritarians, counterrevolutionary rebel groups as well as resurgent powers such as Russia and China, increasingly challenges the liberal international order.

Small in size and capacity, the UAE has actively built extensive surrogate networks in Somalia, Libya and Yemen who next to Abu Dhabi’s big mercenary force, can do their bidding – doing so disrespecting human rights, challenging the anti-mercenary norm and procuring arms to non-state actors who challenge legitimate governments. Helping Sisi on the throne in Egypt in 2013 while trying to shield the Assad regime from Western sanctions, the Emirates have become the ultimate patron of a new authoritarian order in the region after the Arab Spring.

While many policymakers in Washington still see Abu Dhabi as a proxy in America’s regional wars by delegation, the UAE have long become more selective in the causes they support – doing so only when it serves their national security interests and their ideological predispositions.

Grand strategically the Emirates pursue a vision greater than its conventional size; that of building a neo-mercantilist empire at the crossroads between East and West. Moving beyond a traditional small state policy of hedging, the UAE have marked themselves as a player in its own right, offering the highest bidder access to strategic chokepoints of international trade not just in the Gulf, but the Indian Ocean, the Red Sea and the wider Horn of Africa.

While so far the United States and European partners are still the highest bidder in terms of the defence support they provide to Abu Dhabi, China is increasing its foothold in Abu Dhabi in the information and artificial intelligence domain. Meanwhile Abu Dhabi has found growing synergies with Russia as well. Where the US and European powers have been hesitant to put their food down, Russia and the UAE cooperate to develop common tactics, techniques and procedures to confront shared threats in the Sahel, Libya, Yemen and Syria.

"Syria needs regional cooperation to return to its natural place. This is a must," said the Foreign Minister of the UAE.

Lavrov was just in Abu Dhabihttps://t.co/cRB5yRYouV

Unlike in the UAE’s partnership with the United States or NATO, Abu Dhabi does not play the role of a junior partner when engaging with Moscow or Beijing. On the contrary, the UAE enter these new relationships with the East as an assertive peer. And while from an Emirati point of view relationships with the West are too often tied to human rights conditionalities, its new partnerships in the East are founded on common ideational synergies.

Like Russia and China, the UAE show zero tolerance to civil society and prioritise regime security over individual security. This translates into a shared paranoia of political Islam that Abu Dhabi together with Moscow and Beijing frames a ‘terrorism’. It is therefore also not surprising that all three players fear the awakening of the Arab public sphere during the Arab Spring a decade ago. And as the patron of a regional counterrevolutionary crusade, Abu Dhabi has become an important ally especially for Moscow when it comes to rolling back early achievements of the revolutions in Libya and Syria.

Nurtured from a local small state to a regional player through America’s wars by delegation in the region, the UAE have now become a patron themselves delegating the burden of warfare to a range of surrogates such as the Southern Transitional Council (STC) in Yemen or the Libyan National Army (LNA) in Libya who commit war crimes, disrespect human rights, proliferate arms and protract conflicts. The spillovers of these conflicts threaten the stability of an old Western-centric order in Africa and the Middle East, which the United States and Europe have widely abandoned.

Lavrov speaks with #Syria's Foreign Minister, stressing it will work with Turkey and Iran against the PKK and US, among other things.

Lavrov also briefs on results of visits to Qatar, UAE, Saudi Arabia, and Arab commitment in principle to welcome Syria back into Arab League. pic.twitter.com/qSRVvIzRlN

The killing of Chadian President Idris Deby is one such spillover effect, committed by FACT rebels who have been trained by Russian mercenaries in Libya on Emirati payroll. The complexities of the vast surrogate networks make them hard to control by Abu Dhabi – let alone by the UAE’s Western partners.

As Washington, London and Brussels are taking a backseat in the Sahel, the Horn of Africa and the Middle East, the UAE is gradually shaping a new regional order that empowers Russia and China – much at the expense of American and European leverage.

Nonetheless, Abu Dhabi continues to benefit from extensive Western arms sales that come with few strings attached and further empower a regional player that only responds reluctantly to Western concerns. And over time the UAE’s gradual pivot to the East will put it out of reach of Western leverage all together.

Dr Andreas Krieg is a lecturer at the School of Security Studies at King’s College London, Royal College of Defence Studies and fellow at the Institute of Middle Eastern Studies. His research has focused Security Studies in the MENA region.

What Challenges Do Workers in the MENA Region Face?

What is Vanessa Lachey up to?