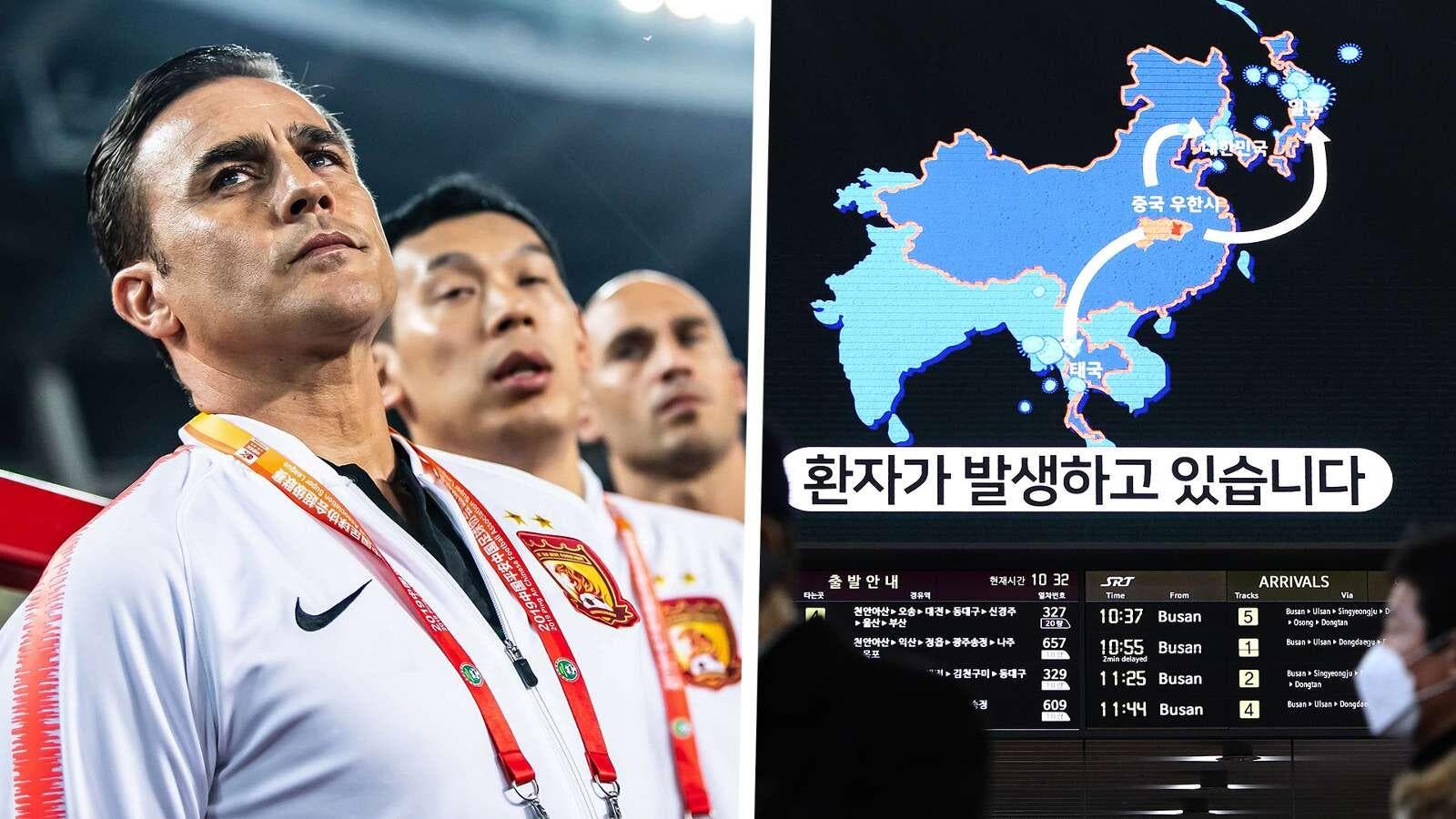 As Chinese authorities and the World Health Organization attempt to reduce the spread of the virus, normal life - including sport - is on hold (Photo: Goal)

An outbreak of a deadly coronavirus in the city of Wuhan has placed large parts of China on lockdown and the rest of the world on high alert.

Authorities are taking measures in an attempt to contain the spread of the virus, which is mainly affecting China, with a small number cases confirmed in Japan, Singapore, Thailand, South Korea and the United States. Cases have also been confirmed in Nepal, Australia and France.

Travel restrictions are in effect across 10 Chinese cities in the region most affected, with Chinese officials advising people not to travel into or out of Wuhan in particular.

How has the coronavirus affected football matches?

The outbreak of the coronavirus has had an impact on a number of football events in China, with games being moved, postponed and even cancelled.

It has been confirmed that the Chinese Super Cup clash between Guangzhou Evergrande and Shanghai Shenhua - originally scheduled to be played on February 5 - will be postponed.

The AFC Champions League is also likely to be affected, but Shanghai SIPG's play-off match against Buriram United - due to take place on January 28 - will go ahead behind closed doors. Certain group stage games, particularly those involving Chinese teams, are also expected to be impacted.

The 2020 Chinese Super League season, which was due to get under way on February 22 has also been postponed indefinitely, with a decision to be made by the Chinese Football Association in consultation with state authorities.

Women's football qualifiers for the 2020 Tokyo Olympics involving Australia, Thailand and Chinese Taipei, which are due to be played at the beginning of February, have been moved from Wuhan to Nanjing in response.

Are other sporting events affected by coronavirus?

Chinese government officials have issued a notice that all sporting events scheduled to take place before April will be postponed indefinitely while they grapple with the issue.

The Chinese Basketball Association (CBA) has confirmed that the CBA League games from February 1 on will be postponed.

The International Olympic Committee (ICC) has cancelled Olympic boxing qualifiers that were due to take place in Wuhan.

A new type of coronavirus was identified to be the cause of a number of cases of pneumonia in China on December 31, 2019. This novel coronavirus has been temporarily named '2019-nCoV'.

By January 26, reports revealed that there had been over 1,000 confirmed cases of the virus and 56 people had died.

What are the symptoms of coronavirus?

It is understood that the novel coronavirus causes pneumonia, with symptoms such as fever, coughs and difficulty breathing apparent.

In severe cases, the coronavirus can lead to hospitalization or even death.

Chinese authorities have advised people not to travel to or from Wuhan and travel restrictions have been widened to include 10 cities.

The World Health Organization (WHO) has issued advice to the general public in an effort to curb the spread of the virus, which includes the following:

- Frequently clean hands by using alcohol-based hand rub or soap and water;
- When coughing and sneezing cover mouth and nose with flexed elbow or tissue – throw tissue away immediately and wash hands;
- Avoid close contact with anyone who has fever and cough;
- If you have fever, cough and difficulty breathing seek medical care early and share previous travel history with your health care provider;
- When visiting live markets in areas currently experiencing cases of novel coronavirus, avoid direct unprotected contact with live animals and surfaces in contact with animals;
- The consumption of raw or undercooked animal products should be avoided. Raw meat, milk or animal organs should be handled with care, to avoid cross-contamination with uncooked foods, as per good food safety practices.

Wuhan is the capital city of Hubei, a province in central China. It has a population of over 11 million people, making it the seventh most populous city in China.

The city straddles the famous Yangtze river and its football club, Wuhan Zall, competes in the Chinese Super League.