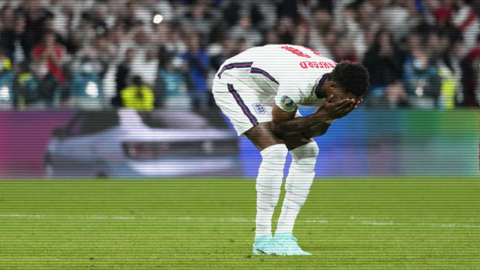 Euro 2020 Reignites the Talk About 'Football Racism' in the UK

Italy managed to defeat England 3-2 on penalties at Wembley Stadium in London.

Ticketless fans stormed the surroundings of the stadium ahead of the final forcing the European governing body to hit the English FA with four charges.

UEFA explained in its statement: "Disciplinary proceedings have been opened following the UEFA Euro 2020 final match between the national teams of Italy and England, played on 11 July at Wembley Stadium, London.

"Charges against The English Football Association:

"Throwing of objects by its supporters - Article 16(2)(b) DR

"The case will be dealt with by the UEFA Control, Ethics and Disciplinary Body (CEDB) in due course.

"Separately, and in accordance with Article 31(4) DR, a UEFA Ethics and Disciplinary Inspector has been appointed to conduct a disciplinary investigation into events involving supporters which occurred inside and around the stadium.”