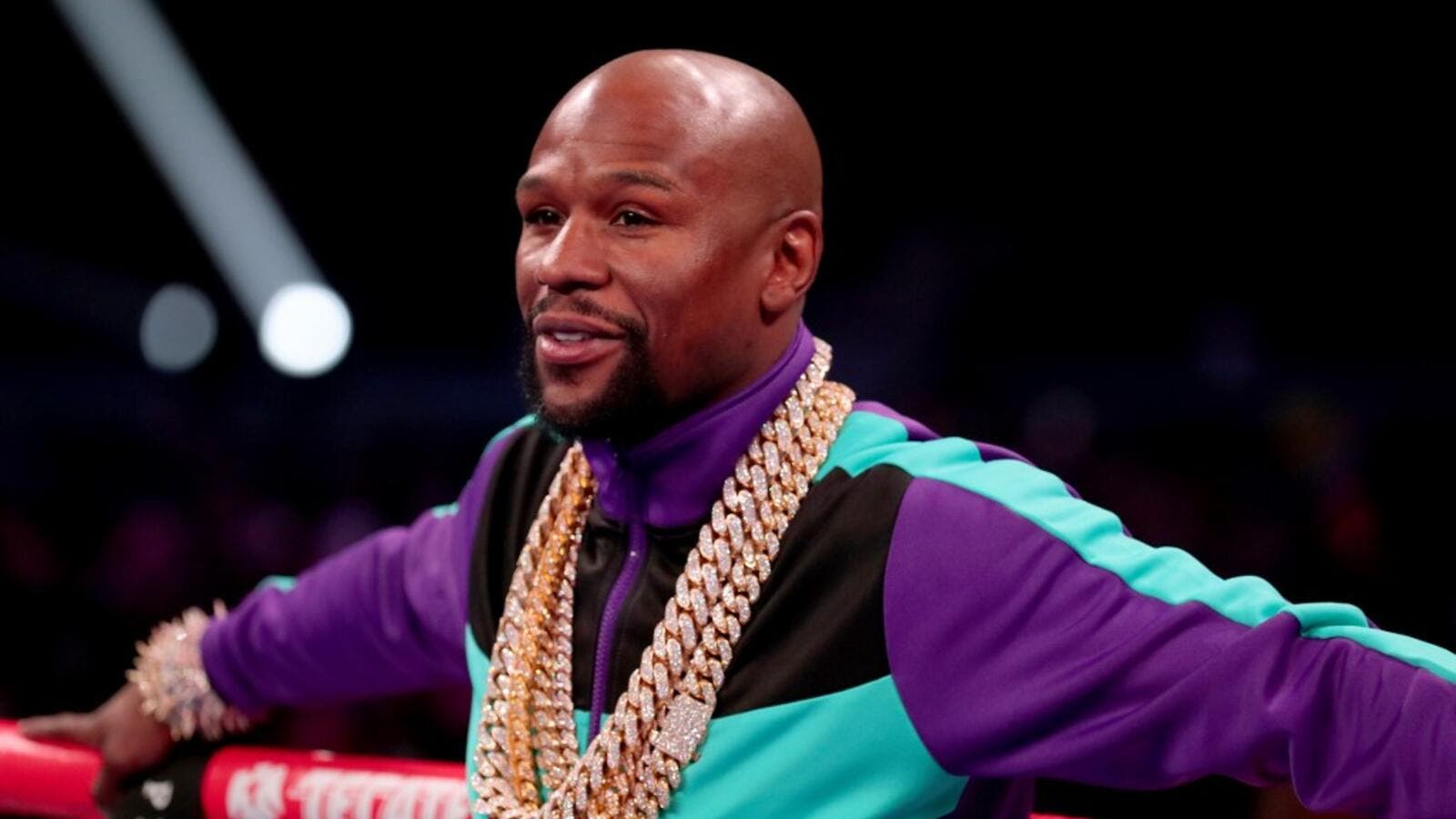 Will Floyd Mayweather fight Manny Pacquiao in Saudi Arabia? Probably not, but Mayweather says the bout that will never be is still making him money.

Retired boxing champion Floyd Mayweather says he was paid a staggering $2.2 million to record a short video hyping up a possible rematch with Manny Pacquiao in Saudi Arabia.

The boxer made the revelation after rumors swirled over the weekend about a rematch between the two.

Much to the disappointment of fans, Mayweather spoke out to quash the rumors and brag about the payment received for the video.

"There is a video circulating that I made eight months ago about a Mayweather vs Pacquiao rematch", the 42-year-old wrote on Instagram.

The words accompanied a screenshot of what appears to be a conversation between the boxer and a person named in the chat's header as "Carlos raw diamonds Dubai #2". The chat appears to show a script Mayweather was given to read, part of which says: "Hi Carlos and Gracie it would be my honor to come to Saudi Arabia to negotiate the upcoming Mayweather vs Pacquiao 3 "super fight".

The sender's next message appears to be confirming bank details with Mayweather, assuring him that he is "organizing funds from here as we speak."

Another two pictures posted by the boxer purportedly show two separate payments received on an online banking app, of $1,000,000 and $1,200,000.

"Now, look at the money that got wired to me for the video," he adds in the caption.

"Who's the smart one? I’m making millions just for 10 second video drops."

Mayweather, who holds a win record of 50-0, defeated Filipino boxer Pacquiao in 2015 after 12 rounds with a unanimous decision.

Since the bout billed as the "Fight of the Century," speculation has swirled as to whether the pair will take to the ring again.

After beating Pacquiao, Mayweather has fought only two other fights, including one in which he defeated mixed martial arts star Connor McGregor and walked away with $275 million in winnings.