Published June 23rd, 2022 - 10:00 GMT
From Motorola to Apple, from Nokia to Samsung, get ready to take a nostalgic look to revisit the past by looking at the most popular mobile phones. (Shutterstock)

You'll definitely receive a variety of responses if you ask a bunch of people what their favorite mobile phones are.

10 Best Apple Products of All Time

From Motorola to Apple, Nokia to Samsung, get ready to take a nostalgic look to revisit the past by looking at the most popular mobile phones, some of which you probably know of and chances are that you’ve owned some of them, that have constituted the mobile industry. 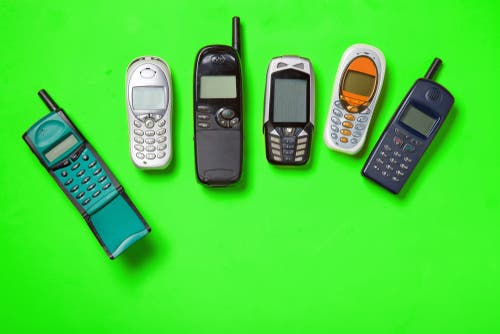 Without Nokia, the history of mobile phones cannot be complete, as numerous classic mobiles have been produced by the Finnish company, with the iconic Nokia 1100 being the most popular among them. In other words, either you had one or you knew someone who did.

The incredibly affordable Nokia 1100 was introduced in 2003 and included a built-in flashlight along with a simple design and excellent battery life. It has a nice selection of ringtones and could store 50 text messages. Just like all Nokia devices, 1100 is known for its durability. The dust-proof, slip-proof and reasonably waterproof, Nokia 1100 became an instant hit as soon as it hit the markets.

If you wanted a basic phone that's easy to use and has good battery life, Nokia is the go-to brand which was the market leader until a few years ago. Released in 2005, the affordable 1110 was one of the earliest phones from Nokia that turned into a mass product.

Ease-of-use, reliability and a low price made it become the second highest sold mobile device of all time, selling about 250 million units. Inspired by the success 1100,  1110 came with 3 built-in games: Snake Xenzia, Dice Games, and Pocket Carrom that kept us busy in long summer day, 1110 also allowed sending a picture greeting, image messaging and came with Ringtone Composer.

Unveiled on September 9, 2014, and hit shelves on September 19, iPhone 6 is the eighth generation of iPhones, succeeding the iPhone 5, iPhone 5C, and iPhone 5S. The iPhone 6 got stellar reviews, with critics noting advancements over earlier iPhone models in terms of redesign, specifications, larger 4.7 and 5.5 inches (120 and 140 mm) displays, a faster processor, enhanced cameras, improved LTE, battery life and Wi-Fi connectivity, and compatibility for a mobile payments system based on near field communications.

iPhone 6 made it our list as Apple sold 220 million unit of it which makes it the most successful iPhone in the entire iPhone family and the most popular smartphone in history, reaffirming Apple’s dominance of the flagship market.

This is the third but not last Nokia phone on the list, which gives you an excellent impression of just how much Nokia ruled the world's mobile phone market prior to the invention of smartphones. This model was introduced by Nokia in 1999. One of the first cell phones with an inbuilt antenna was this one.

Renowned for its exceptional toughness and lengthy battery life, which can last for one to two weeks. 321I had the game Snake installed in it which rose to almost legendary status as a Nokia trademark game. As well as a ringtone composer. With 160 million devices sold, it is one of the most well-known phones ever.

As you would expect from Nokia, there's nothing particularly new about the 1200. Despite being simple in design, the phone has a great battery life and is quite basic to use for messaging and calling. Even in weak signal locations, calls are clear and loud, and the speakerphone has excellent audio quality.

However, Nokia 1200 also signaled the end of Nokia's hegemony as its final year of production in 2010, Nokia was severely outpaced by smartphone behemoths Apple, Samsung, and Huawei, who grabbed the reins from Nokia and now jointly control the global mobile phone market.

Both 6600 and 5230 achieve the Nokia simplicity goal and given their affordable prices compared to the Samsung E1100 that they tied with, it's hard to expect more than that.

With features including a VGA camera, a music player, a video player, Bluetooth, and additional storage provided by a memory card, 6600was the most it was the most advanced product ever launched by Nokia at the time of release. With 150 unit sold, 660 and 523 were a bright milestone to Nokia.

One of the most sold Samsung phones is E110. With a simple dual-band GSM candybar, Samsung E1100 had a 65k color CSTN display, with an outstanding battery life at that time.

E110 had Mobile Tracker, Organizer, Voice memo and Predictive text input. It’s affordable price made it one of the most popular devices released at that time.

The RAZR V3, which was introduced in 2004, had a reputation for having a clamshell set's smallest profile. The best-selling clamshell phone to date, it has an aluminum casing and an exterior glass screen. It sold 130 million copies over its lifetime.

In addition to being extremely small, the design proved that flip phones could be stylish and Motorola used it for years. It set to a period of manufacturers attempting to produce cool cellphones and drove Motorola's competitors to reevaluate what was feasible with mobile design.

This one might be the most familiar among the most popular mobile phones since it was highly advertised back then, making it the most influential model Nokia has ever produced. In fact, you most likely had one since almost everyone had either the Nokia 3310 or the Nokia 3210 that was released before previously.

Tough as a rock, this was the device that elevated Nokia to the position of mobile phone king. 3310 came with a stopwatch, calculator, and a few games, including Snake II. 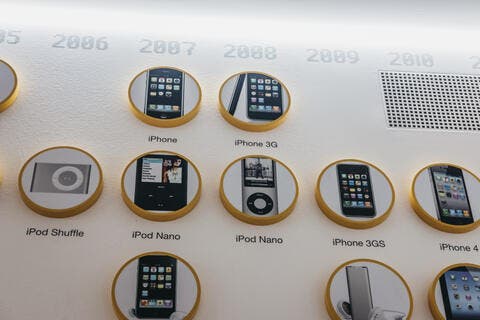 One cannot talk about the most popular mobile phones without mentioning this one!

Samsung is a brand that is typically always associated with high-end Android handsets. If there’s one mobile phone that can be considered a style statement first and a communication device second, it has to be the Samsung Galaxy S III, which was an Android smartphone designed, produced, and promoted by Samsung Electronics is known as the Samsung Galaxy S III (or Galaxy S3).

It was released in 2012 and has since sold more over 80 million units, making it the most popular S series phone. Having more storage, an eye-tracking feature, and an intelligent personal assistant.