Published October 26th, 2020 - 06:30 GMT
According to analysts, this upward move was driven by the great adoption news from PayPal. (Rami Khouri\Albawaba)
Highlights
Here are the market highlights for the week.

October has been an interesting month for the crypto world as the flagship coin, Bitcoin, leapfrogged 13.86% over the last 7 days. The digital gold is trading at $13,021.42.

According to analysts, this upward move was driven by the great adoption news from PayPal. 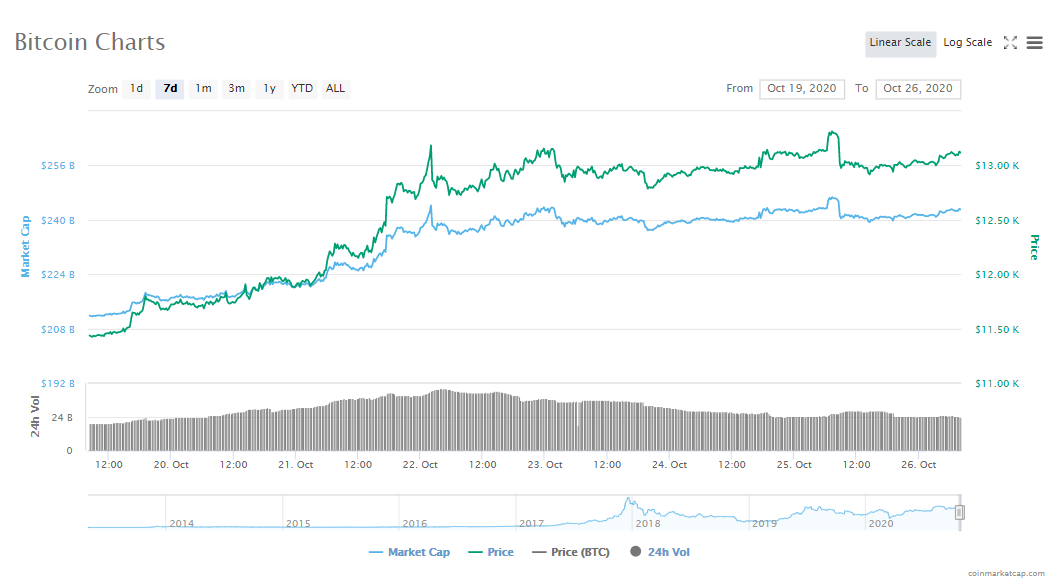 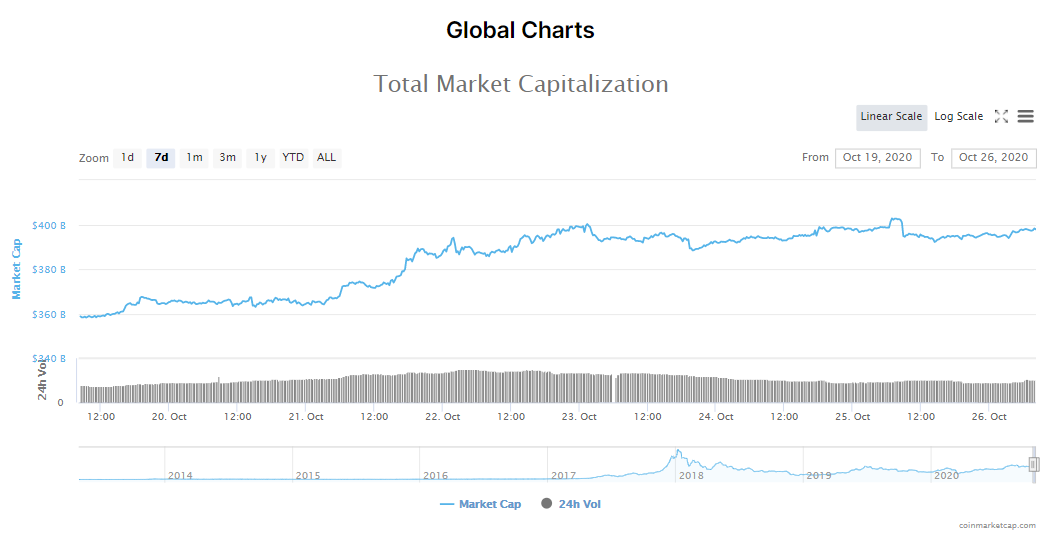 Without any further delay, let’s take a look at the major highlights of last week in the amazing world of crypto.

Paypal, the American online payments system, announced the support of cryptocurrencies on its famous platform.

Today, we are announcing the launch of a new service that will enable customers to buy, hold and sell #Cryptocurrency directly from their PayPal account. https://t.co/QS6JRmG9hs pic.twitter.com/uHBatfZkbF

According to the official announcement, US-based PayPal users can now sell, buy and hold cryptocurrencies directly from their PayPal account. Dan Schulman, president and CEO, commented: "The shift to digital forms of currencies is inevitable, bringing with it clear advantages in terms of financial inclusion and access; efficiency, speed and resilience of the payments system; and the ability for governments to disburse funds to citizens quickly”.

For now, this service will initially feature Bitcoin, Ethereum, BitcoinCash, and Litecoin directly within the PayPal digital wallet. 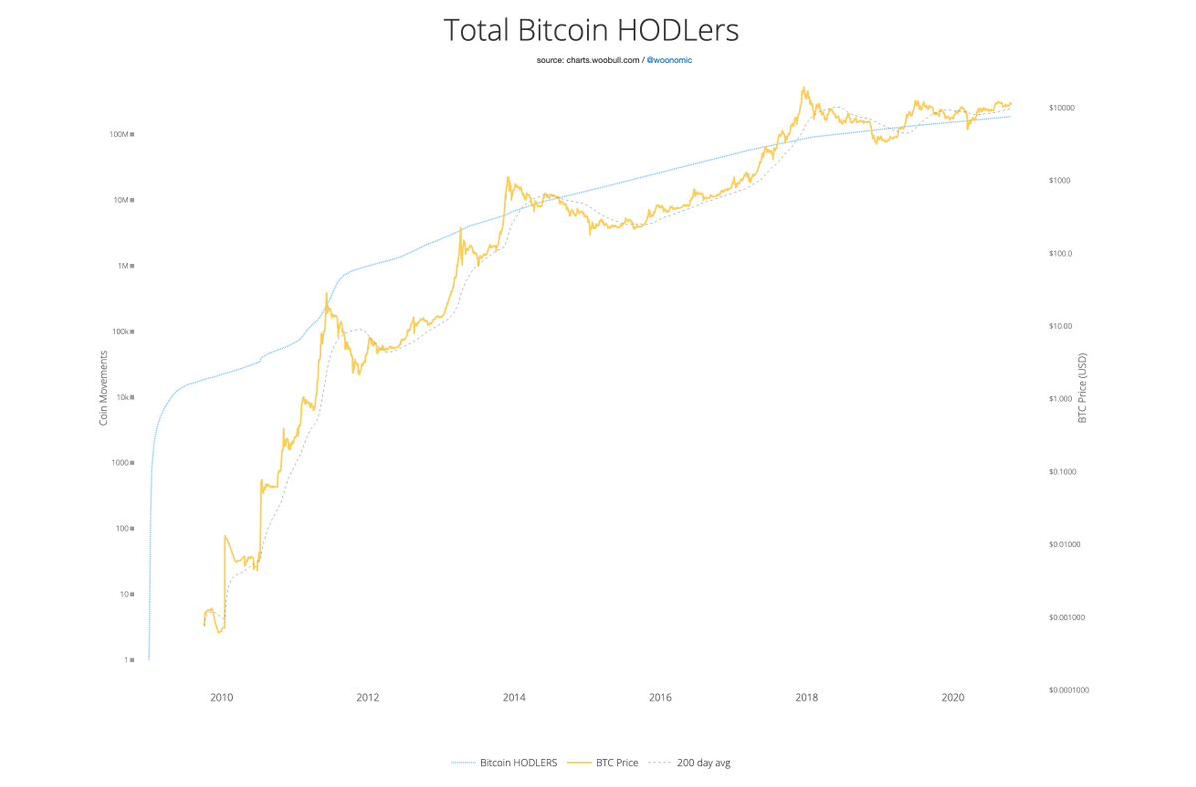 Some sources claimed that the digital payment giant is even considering the issuance of its own cryptocurrency. With this move, PayPal might triple its user base as Willy Woo noted on Twitter:

This is a big deal.

Estimating how many HODLers of BTC from on-chain forensics is from the incredible work of @glassnode. pic.twitter.com/QlOkZ9WRJZ

In the announcement, Christine Lagarde, President of the ECB, emphasized that the new digital currency will not replace cash, but will complement it: “The euro belongs to Europeans and we are its guardian. We should be prepared to issue a digital euro, should the need arise.”

Panetta: A digital euro would make digital central bank money accessible to everyone. It would provide access to a simple, costless, risk-free and trusted digital means of payment that is accepted throughout the euro area. More about a digital euro https://t.co/RiwOCers68 6/6

Meanwhile, The ECB and the other European national central banks are exploring the pros and cons of using a digital form of money stating that it might be very helpful in ‘cushioning the impact of extreme events – such as natural disasters or pandemics’.

The plans for the new coin is set to be ready for use towards the middle of 2021.

Japanese Footballer Keisuke Honda to Roll out His Own Crypto Token
Keisuke Honda, the well-known professional footballer, decided to launch his own cryptocurrency.

I have been said Honda is crazy by many people since I was child. I actually made a lot of failures but I believe that's why I made some dreams come true as well. https://t.co/4X8ZHo20d1

The new currency named KSK Honda Coin is the fruit of a partnership with Rally Network, a cryptocurrency creator service for influencers, content creators, and streamers is now priced at $8.350.

According to the announcement, this new plugin will enable trust, protect content and prepare for next-generation SEO.

Events to Keep An Eye On:
MoneyDance: Virtual Hackathon, Summit, and Demo Day with $37K in Prizes