Published February 22nd, 2021 - 07:30 GMT
Cupid has embraced Bitcoin, the flagship coin’s price has tripled since this year began and its market cap has rallied above $1Trillion faster than Amazon and Google reached this level as it took both of these companies decades to achieve $1 Trillion while it only took Bitcoin 12 years only.
Highlights
Bitcoin is still uncharted territory to most of the earth's population but people like Tesla’s Elon Musk are venturing into with a lion’s heart.

If you are reading this article, congratulations you are early to Bitcoin. Do you want to know how I know this? Imagine you discovered the Internet in the late 80s. The Internet would still be another decade away from full adoption but companies like Amazon will be laying the foundations to make tons of money out of it later on. The same thing with Bitcoin, it’s still uncharted territory to most of the earth's population but people like Tesla’s Elon Musk are venturing into with a lion’s heart.

Oh my! It's the #Bitcoin cupid, @elonmusk!! This is very rare indeed—be sure to leave a ♥️ to accept its good fortune and love. pic.twitter.com/kEBz07I67c

Since late 2020, I honestly don’t recall a week without so many big steps forward in adoption. And this year, in particular, Cupid has embraced Bitcoin, the flagship coin’s price has tripled since January 2021 began and its market cap has rallied above $1Trillion faster than Amazon and Google reached this level as it took both of these companies decades to achieve $1 Trillion while it only took Bitcoin 12 years only. 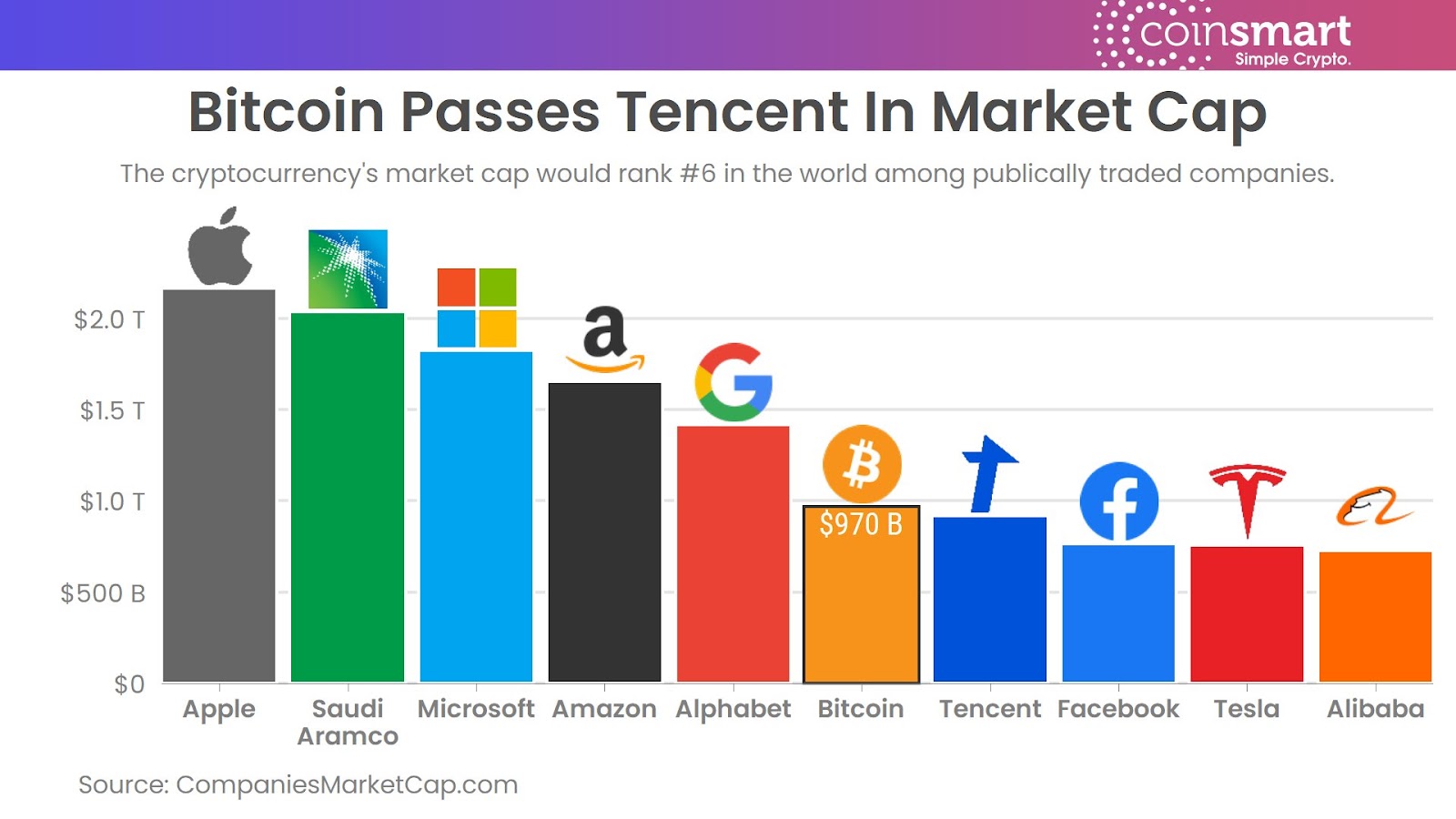 With this all-time high level, Bitcoin climbed to 9th place and flipped Tencent to 8th in total market value.

Also, The Canadian Ontario Securities Commission (OSC) announced the approval of the Evolve Bitcoin exchange-traded fund (ETF). This will make it the second ETF to get listed on the Toronto Stock Exchange or at any exchange EVER.  Many traders are now optimistic about this and also think that US SEC will follow suit soon as they sure want to keep up. In celebration, Bloomberg Senior ETF analyst, Eric Balchunas tweeted: 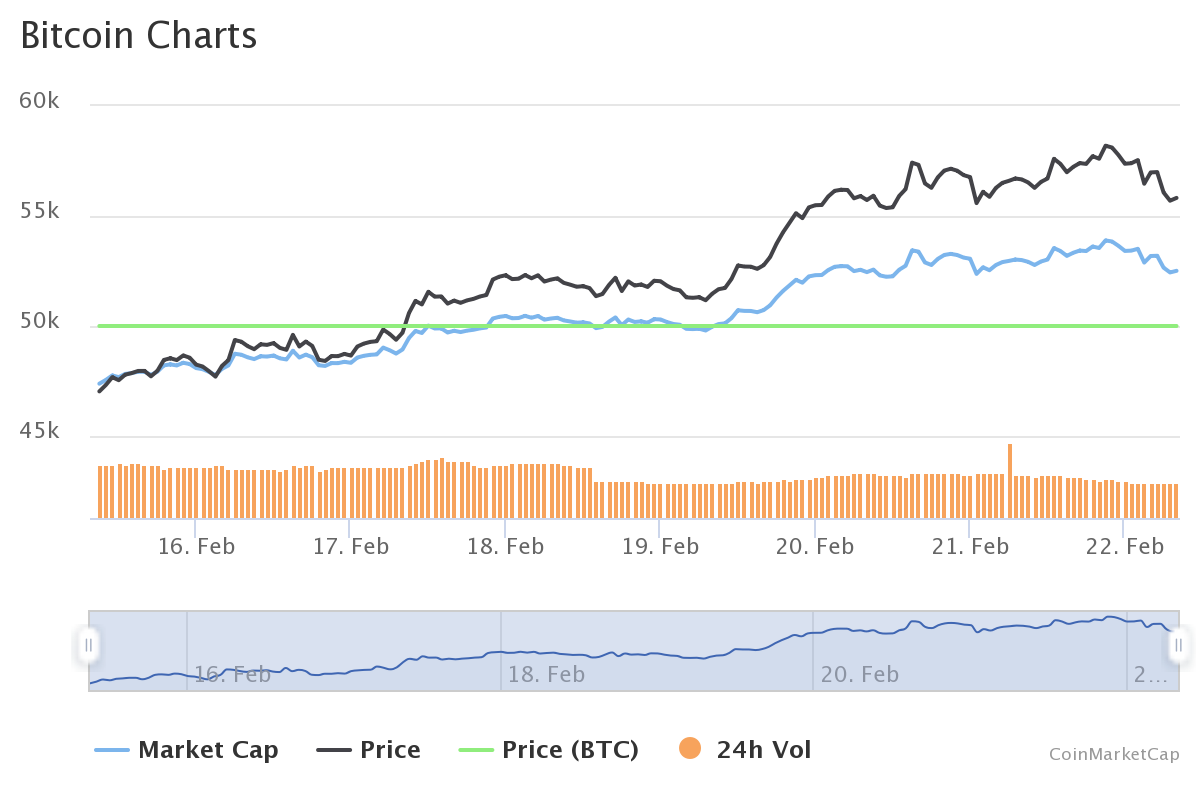 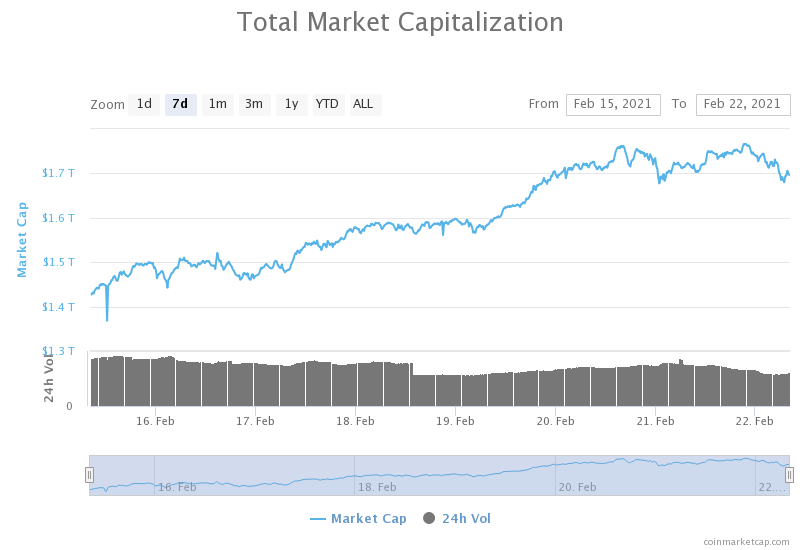 In a first step towards the futuristic Akon city, Senegalese-American singer Akon developed a Stellar-based crypto coin named Akoin (AKN) back in 2019. This coin will be used in the Mwale Medical and Technology City complex in Kenya.

Per the announcement, Akoin is teaming up with Baanx Group to facilitate the future in digital assets payments with Akoin Card. This card will allow people to pay for goods and services anywhere globally across 40 million merchants:

"Akoin and @BaanxGroup are working in partnership to deliver the future in digital assets payments. The Baanx platform will enable #Akoin users to spend $AKN in the global economy."

Just as we mentioned earlier in this article, NVIDIA is actually planning to take on crucial measures to ensure GeForce GPUs are for gaming-use only. To achieve this end, the company will make GeForce RTX 3060 less desirable to miners by limiting its mining hash rates which will push miners to buy the soon released CMPs line which is fully dedicated to crypto mining.

The dominant player in the Gaming hardware makers market said that ‘creating tailored products for customers with specific needs delivers the best value for customers. With CMP, we can help miners build the most efficient data centers while preserving GeForce RTX GPUs for gamers’.

Want to know more about #bitcoin but don't want to spend hours on research? We got you.

Check out our Bitcoin in 5 Minutes article on #Cryptopedia: https://t.co/b7E1C4WgGW pic.twitter.com/eC24rpriT0

The platform will also feature crypto experts to share their knowledge to all crypto-curious to the crypto-native users.

🆕 #RangersFC are delighted to announce an exciting new Official Partnership with Bitci Technology, in a wide-ranging agreement that will see the @bitcicom brand appear on the Rangers First Team shorts, through until the end of the 2022/23 season.#RangersFanToken

With this new opportunity, Rangers will be the latest club to enter the world of blockchain, like many other football clubs like FC Barcelona, Juventus and others have seen the importance of creating virtual “fan tokens” to raise money and enhance fan engagement.