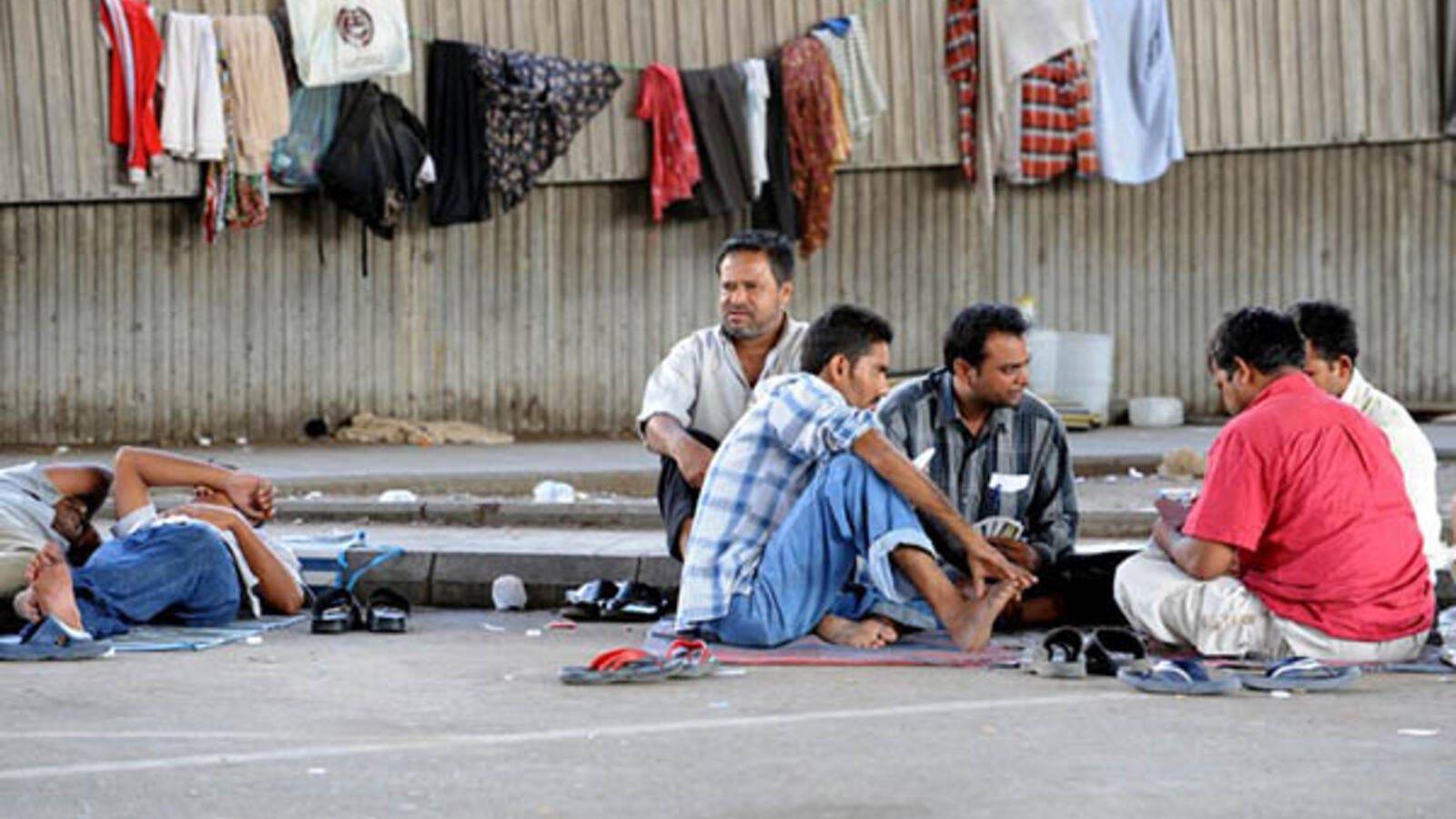 12 percent of the positions are occupied by expatriates. (AFP)

Deputy Prime Minister and State Minister for Cabinet Affairs Anas Al-Saleh revealed that the rate of Kuwaitis for positions related to politics, law and Islamic affairs during the five years after the issuance of the Kuwaitization decision by Civil Service Commission (CSC) has been determined as 88 percent, reports Al-Seyassah daily.

Minister Al-Saleh said determining this rate required determining the total number of Kuwaiti employees in this set of jobs and comparing them to the number of expatriate employees who occupied these positions during the period prior to the issuance of the decision.

In response to a question submitted by MP Ahmad Al-Fadhel, the minister affirmed that the determination of 88 percent as the rate of Kuwaiti employees for law-related jobs depended on a number of factors KUNA photo Ministry of Oil Wednesday organized a symposium titled ‘Martyrs of Kuwait will be retained in the nation’s memory always’.

Two heroes of resistance during the Iraqi invasion of Kuwait namely Dr Othman Al-Asfour and retired Colonel Nasser Salmeen attended the symposium. Al-Asfour is the author of the book titled ‘My Journey between Death and Life’ in which discusses his experience when he nearly lost his life after he was hit by a bullet that went through his neck and came out of his mouth while distributing aid to Kuwaiti families. Al-Asfour said he was flown to London for medical care via Saudi Arabia after receiving first aid in Kuwait. Al-Salmeen, a former war prisoner in Iraqi jails also penned a book titled ‘Dairies of a War Prisoner’, talking about his tragic experience in the prisons of Iraq. (KUNA) including educational background of either highly qualified or others who can be employed in those positions during the five years after the issuance of the decision. He said the decision took into consideration the demands of the labor market as well as the number of expatriate employees on who the Kuwaitization policy will apply.

Minister Al-Saleh stressed the need to ensure 12 percent of the positions are occupied by expatriates in order to maintain the stability of work for the allotted five years so that the Kuwaiti employees acquire the needed experience, indicating that the 88 percent does not cover judiciary and legislative positions as well as positions in the Public Prosecution. The minister highlighted that the legal justification for classifying those jobs into one set is based on the governmental classification approved by CSC.

He affirmed that CSC had completed a study which resulted in the freezing of 3,140 contracts with expatriate employees since July 1, 2018 as a prelude to making cancellation in the budget of the coming fiscal year, adding that Ministry of Finance has been addressed to take the relevant procedures in this regard. Minister Al-Saleh explained that the total number of employees in lawrelated positions in governmental bodies linked to the integrated systems of civil service information is 7,052 Kuwaiti citizens and 1,271 expatriates.

The number of Kuwaiti graduates from the College of Law and registered under CSC as of December 31, 2017 reached 41. They had been nominated for jobs in the governmental bodies but they refused those positions. In addition, the minister denied the news published in a local newspaper which quoted His Highness the Prime Minister Sheikh Jaber Al-Mubarak Al-Hamad Al-Sabah during the recent Cabinet meeting. In a press release, he affirmed that His Highness the Prime Minister is following up all the procedures and decisions taken by the ministers for confronting corruption.

Al-Saleh stressed the keenness of the government to confront administrative and financial corruption based on the prepared program, as well as to take tough actions against those involved in corruption.