While the world celebrates World Press Freedom Day today by highlighting the industry's role in reporting world events in a heavily tolerant world, Arab journalists, in particular, celebrate yet another year of overcoming acute struggles and difficulties, working in a region where the word "free press" has yet to acquire its meaning. 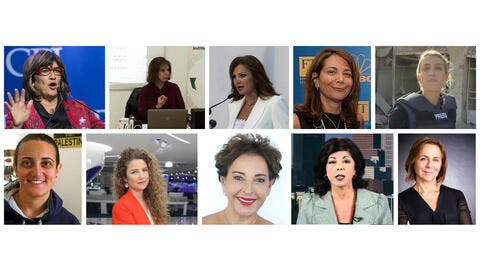 Whether they are facing challenges paused by governments that hardly tolerate criticism or extremist voices that wish to silence every different voice, journalism in the Arab World is one where grave consequences are often feared for reporting the truth or questioning occurrences.

Despite generally being praised for their informative role in societies, particularly in the post-pandemic era, journalists who dare to challenge the mainstream narrative and/or governments are often persecuted under a variety of already set allegations of offending values or insulting authorities.

According to the World Press Freedom Index, the Middle East and North Africa (MENA) region continues to rank last in the regional rankings for 2021, citing the "use of judicial systems to silence journalists".

Besides deteriorating records of press freedom in countries where armed conflicts are underway, the 2021 report shows that restrictions enforced in the wake of the Covid-19 outbreak have been used by several countries in the MENA region "to reinforce their methods for gagging the media and to reaffirm their monopoly on news and information".

While it is easy for many people to remember the gruesome murder of Saudi columnist Jamal Khashoggi as an example of persecution journalists face in this part of the world, we will dedicate this article to shed light at some of the most serious violations of the freedom of the press in our region in recent years, including arrests, fines, and even assassinations;

In December 2020, Jordanian authorities arrested journalist Jamal Haddad after an opinion piece in which he questioned government COVID19 vaccine priorities. In his article, Haddad had cited a social media post by a government official who had announced receiving the vaccine at a time the country had not yet rolled out the vaccine program on a national level.

Should writing an article land you in prison as it did with this journalist in Jordan? #MiddleEast #TheNode #Jordan #Ammanhttps://t.co/8iGS7Gkyat

Less than two weeks ago, Algerian authorities have arrested Rabah Karèch, the correspondent of newspaper Liberté in Tamanrasset city, after he covered protests in the Ahaggar region’s Tuareg population over new territorial divisions.

#PressFreedom: @RSF_en calls on #Algeria to free Rabah Karèche, a Liberté’s correspondent, who has been held since 19 April after covering protests by the Ahaggar region’s Tuareg population against new territorial divisions. https://t.co/B4Qr9gsyCD

Karèch has been accused of "spreading false news" and continues to be in prison, despite international calls for his immediate release.

In January 2020, Iraqi journalists mourned the loss of Dijalh TV's Ahmad Abdelsamad and Safaa Ghali who were shot dead after covering anti-government protests in the southeastern city of Basra.

"This [killing of the two reporters] wasn't a one-off incident. Journalists have been and will continue to be targeted to silence them." - Shihab Ahmed, Basra-based journalist. https://t.co/ammTl3L0M9

Even though the two journalists were killed by unidentified militants, Iraqi officials have been accused of silencing Abdelsamad and Ghali in a threatening message to other journalists across the country so they stop covering news of anti-government protests that were on the rise during the winter of 2020.

In February 2021, a Lebanese journalist and politician activist Lokman Slim was found dead in his car on a highway. Slim had been reported to have been shot dead by gunmen that have not yet been identified.

Lebanese Luqman Slim, a fierce critic of #Hezbollah, was found shot in February while his killers remain at large https://t.co/Hg9dYGA1qF pic.twitter.com/8majO3qr97

According to his family and friends, Slim's death followed his criticism of the policies of several Lebanese political parties, particularly Hezbollah.

Last January, a Rabat court has convicted prominent Moroccan journalist Maâti Monjib with "fraud and endangering state security", sentencing him to a year in prison and a 10,000 Dirhams fine. Monjib was released from prison last March after a 19-day hunger strike.

#Morocco 🇲🇦 historian & rights activist Maati Monjib, who was on hunger strike for 19 days, was provisionally released from prison after 3 months in custody

The 60-year-old academic was visibly thin but happy as he walked out of El Arjat prison near Rabathttps://t.co/Axxd6B6pMQ

Monjib is the co-founder of the Moroccan Association for Investigative Journalism and is often regarded as an outspoken journalist who, according to CPJ, has been harassed by local authorities for years.

As limited protests took place in different parts of Egypt in September 2019, following the famous call of Egyptian businessman Mohammad Ali to oust the president Abdel Fattah el-Sisi, at least hundreds of arrests were reported by local and international organizations, many of which targeted journalists who covered the events via social media platforms. 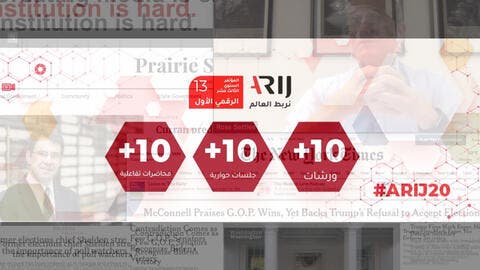 Journalist #SulafaMagdy has been in en #Egyptian jail for over 400 days. Her health is deteriorating fast. Her son (8) has no idea ... https://t.co/Pyre0ftTJt

Journalists Sulafa Magdy and Hossam El Sayed have been amongst the detainees and had spent more than 400 days in custody. The couple was released in April 2021 pending investigation in charges of "joining a terrorist group and misusing social media platforms".

How do you rate press freedom in your country? What can be done to help journalists do their jobs in safer environments?