In tech this week, tech giant Google puts out a call for charitable non-profit organizations and initiatives to help them in their mission to accelerate the economic empowerment of women 👏.

The Google.org Impact Challenge for Women and Girls announced their plans to grant $25 million to fund organizations that support and help women and girls thrive by turning their ‘economic potential into power’. 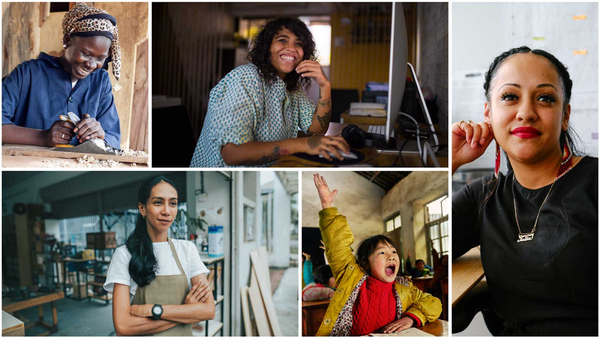 Google called on interested organizations to apply and promised selected charitable initiatives up to ‘$2 million, as well as opportunities for mentorship and additional support from Google’, according to the release.

The app logo that was launched in January shows a brown box with a strip of blue tape over an Amazon "smile" logo, reminding the users of Hitler’s mustache. In the new logo, Amazon shaved the icon's mustache giving the tape a smooth edge.

TikTok Rolls out a Business Profile Section for Marketers and Brands

TikTok, the Chinese video-sharing social networking service owned by ByteDance, has added a section that ‘offers marketing tips, insights on app usage and advertising events — and likely, in the future, e-commerce tools’, according to TechCrunch.

The Chinese tech giant also launched TikTok Q&A. This feature will allow content creators to respond immediately to their followers' questions during livestreams.

Facebook’s WhatsApp announced that voice and video calls are now available on WhatsApp’s desktop app. The already under security app emphasized that calls are end-to-end encrypted and private.

The US streaming service Netflix launched a new iOS-only feature that contains a feed of funny short clips from Netflix programs for users to check out while browsing the app. Inspired by TikTok maybe? 🤷‍♀️ 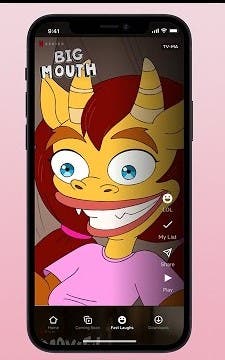 Twitter announced a new ‘undo’ option for sent tweets. This button was Twitter’s response criticism for not having an edit option.

Twitter is working on “Undo Send” timer for tweets pic.twitter.com/nS0kuijPK0

And while the company’s competitor, Clubhouse, didn’t yet launch an Android version to their app, Twitter announced the roll out of Spaces; an audio-chat room, for Android users. This feature is still in beta stage so Android users can’t actually start or create their own chat room but can definitely join one:

Android folks, our beta is growing! starting today you will be able to join and talk in any Space. SOON you’ll be able to create your own but we’re still working out some things. keep your 👀 out for live Spaces above your home tl