Published January 27th, 2021 - 07:30 GMT
Twitter is counting on the public’s attention to identify and report misleading information. During the first phase of the pilot, any user based in the US can apply to participate in the first small testing group but Twitter wants to grow over time. (Shuttertsock)
Highlights
Here are our round-up of the biggest latest tech stories of the week

In the last week of January, things in the tech world are picking up as all social media platforms compete to roll out several new features. And while others are busy fighting the pandemic, Twitter seems focused on the "infodemic", and Apple seems concerned about harming people with their own iPhones. Without no further ado, here are all the tech stories that you don't want to miss:

TikTok to Roll out New Q&A Feature, Patches Bug that Could Steal your Phone Number

TikTok, the Chinese video-sharing social networking service owned by ByteDance, has announced the testing of a new Q&A feature that allows content creators to interact with fans and respond to their questions on specific topics immediately.

New! TikTok’s got a Q&A feature!

This newly added feature is a bonus to the live streaming option and it’s only available for accounts that have more than 10,000 followers. Content creators now will be able to find all their fans' questions in a new icon instead of trying to catch and read all the questions during live streams. The creator has the option to reply to questions via video or text.

On a side note, TikTok also fixed a bug that used to allow hackers to access your phone number and other personal information. This bug was found by a bug bounty program launched by TikTok earlier this year.

Instagram rolled out a new professional dashboard for business accounts and content creators, AKA, influencers. The new dashboard brings all the app’s business features in one dedicated place. 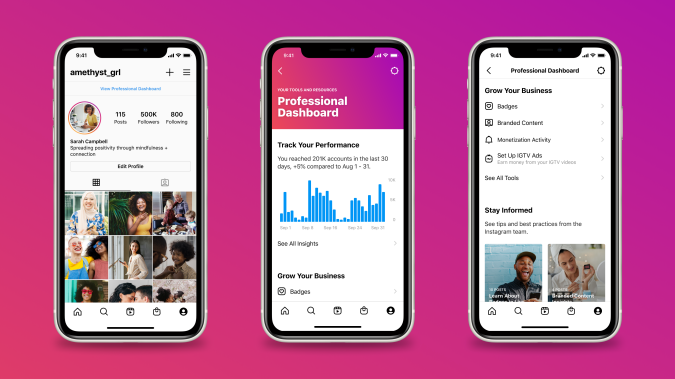 According to the announcement, the dashboard will focus on 3 main features: tracking performance, growing your business and staying informed.

Next time you ‘Netflix and chill’ using your android phone you don’t have to get your ears checked because the Famous streaming service, Netflix, has delivered a studio-quality sound upgrade for Android users.

Apple Warns Users to Keep iPhone away from Pacemakers

Apple has issued a warning to all users urging them to keep their iPhones and any MagSafe accessories away from any pacemakers or defibrillators.

Apple said in the announcement that iPhones and all MagSafe accessories contain magnets as well as components and radios that emit or interfere with electromagnetic fields. Some medical devices such as implanted pacemakers and defibrillators may contain receptors and sensors that interact with the electromagnetic fields. Thus the company advised that to avoid any potential interactions with these devices, users must keep their iPhone and MagSafe accessories a safe distance away from your device 30 cm apart.

In efforts to combat fake news and misinformation, Twitter announced the launch of a new platform called “Birdwatch”.

Twitter is counting on the public’s attention to identify and report misleading information. During the first phase of the pilot, any user based in the US can apply to participate in the first small testing group but Twitter wants to grow over time. 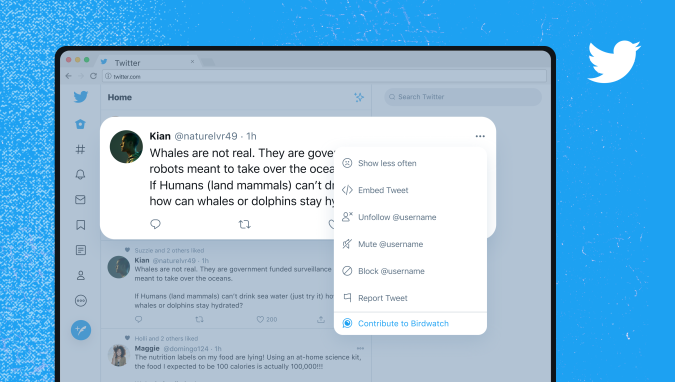 Unlike Facebook, Twitter doesn’t have any third-party fact-checkers and looks forward to no longer rely on staff to fact-check tweets using Birdwatch.

Videogame developer and creator of  The Witcher III, CD PROJEKT, announced that its latest bug patch for last year’s most anticipated video game, Cyberpunk 2077, has created more issues than it solved.

We're working on the issue where the conversation with Takemura may not start during the quest "Down on the Street" for @CyberpunkGame and plan to release a Hotfix to address it as soon as possible.
In the meantime, here's a potential workaround?https://t.co/ujjxb8snGu

After installing the new bug fix patch, users noticed a new potentially game-breaking bug around the 'Down on the Street' quest. The game maker is currently looking to solve the issue but announced temporary workarounds on its blog.

All WhatsApp users on android should watch out for this new malware that is received through messages and asks the receiver to download a malicious app from a website masquerading as Google Play. This malware was caught by ESET researcher Lukas Stefanko:

Malware spreads via victim's WhatsApp by automatically replying to any received WhatsApp message notification with a link to malicious Huawei Mobile app.
Message is sent only once per hour to the same contact.
It looks to be adware or subscription scam. https://t.co/NYbh2A9Y6M pic.twitter.com/2tFgLyG94O