Published January 13th, 2021 - 07:00 GMT
Here are our round-up of the biggest latest tech stories of the week:
Highlights
So much for the beginning of the year! Here’s all the tech news you might missed last week.

Another week into the new year, and oh how eventful it has been! But since the world of tech doesn't slow or rest, then it's not even a surprise!

The second week of 2021 started with the news of social media giants stepping into politics amid raising concerns that they are infringing on the freedom of speech.

Before jumping to conclusions let's take it one step at a time, from apps launches and updates to video games and consoles, here are our round-up of the biggest latest tech stories of the week:

Nintendo, a Japanese video game console developer, has shipped a million consoles to China since December 2019.

According to a report released by Reuters, Nintendo topped both Microsoft’s Xbox and Sony’s Playstation as China’s biggest console seller.

Since 2017, the total installed base of the Nintendo Switch in China was over 4 million units, says Niko Partners, Chinese gaming reports provider on Twitter:

China’s console market revenue will reach $2.15 billion in 2024, double that of 2019, due to the success of Switch and the next generation console launches.

Here is a paid report we released last year on the console market in China.https://t.co/v7M75Z17zB

Looks like everything is working so well for Nintendo as the company announced its intentions to release an enhanced remake of the famous classic Super Mario 3D World.

The popular messaging app, WhatsApp, published a clarification about the recent new privacy policy that sparked a series of rumors and complaints among the app users.

We want to address some rumors and be 100% clear we continue to protect your private messages with end-to-end encryption. pic.twitter.com/6qDnzQ98MP

This comes as many users threatened to ditch the platform for good.

After Getting Booted from Amazon, Apple, and Google, Parler Sues Amazon

Parler, an American alternative social networking service, has been cut off from the Apple store, Google app store, and Amazon cloud computing service as US rioters used the app to communicate before the attack on the Capitol.

Earlier this week, Facebook and Twitter, and other social media giants banned the accounts of US President Donald Trump as he posts accused of promoting and encouraging violence and hate speech.

This app that pitches itself as the fully pro “free speech” alternative to Twitter and Facebook decided to sue Amazon for terminating the apps hosting on Amazon Web Service (AWS) for purely political reasons as Parler investor Dan Bongino posted on Twitter:

When fully grasp the fact that Twitter , Fakebook, and YouTube are political operations first, and businesses second, everything makes sense.
The speech suppression is going to get worse.

In the lawsuit, Parler claims that Amazon breached its commitment to the legal contract for not giving the app the legal 30 days warning.

Meanwhile, the app is preparing to migrate to another web hosting service called Epik which is known for hosting other far-right websites.

"Among Us" dubbed as the most downloaded game in 2020

Among us, an online multiplayer social deduction game developed and published by American game studio Innersloth, was the most downloaded game on Google's Play store and Apple's Appstore, according to a recent report by AppFigures. 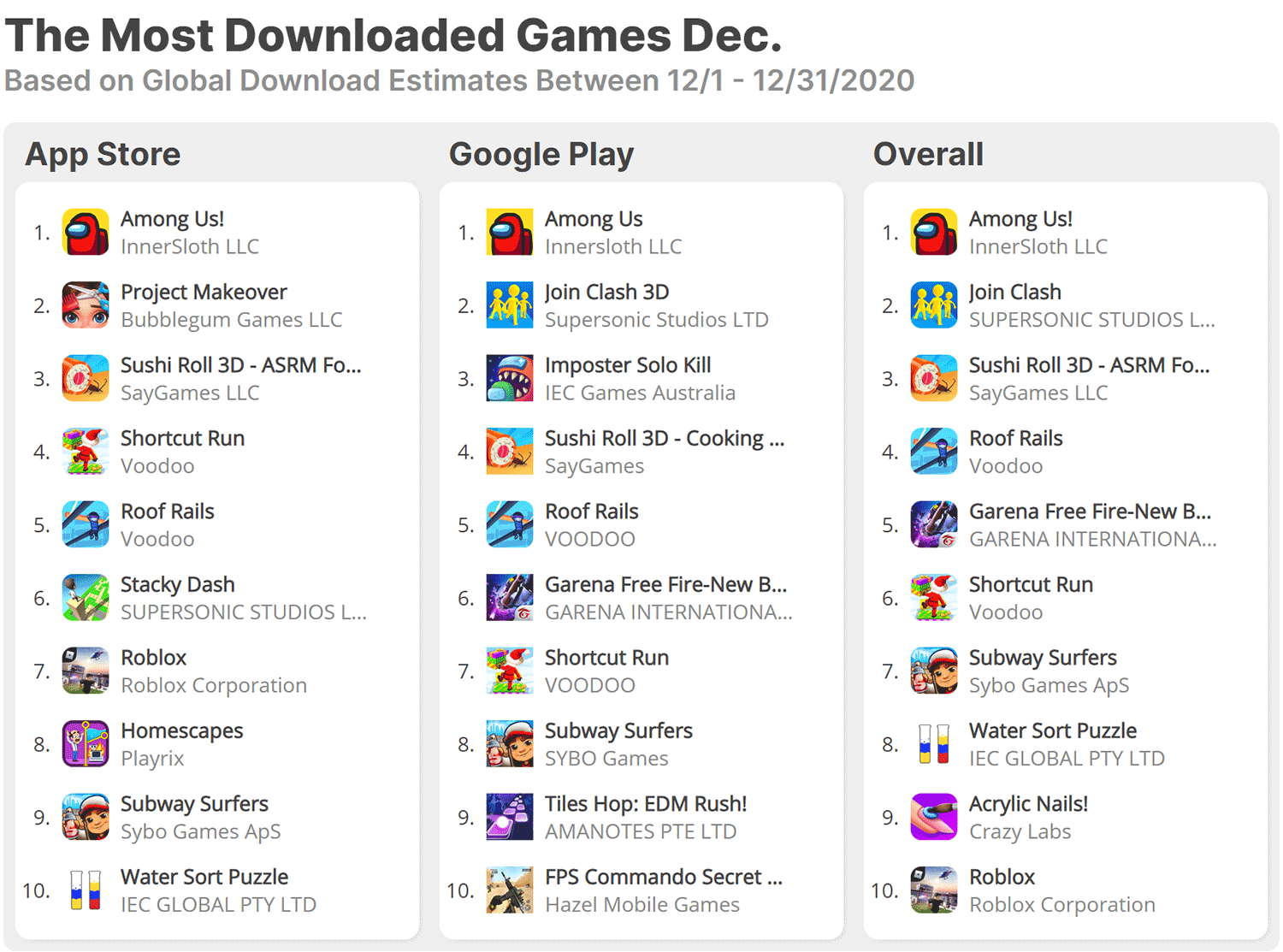 It's worth noting that the game which was released back in June 2018 and features cross-platform play, came back to popularity in 2020 as global lockdowns sparked a renaissance in the gaming sphere.

25 Million Users Downloaded Telegram within the Past 72 Hours

Telegram, an end-to-end encrypted Message application, was downloaded by 25 million new users in the past 72 hours, according to founder Pavel Durov. With all the recent backlash on WhatsApp, Telegram has reached more than 500 million active users.

According to Albawaba, Durov said: "Twenty-five million users have joined Telegram in the last 72 hours. 38% of them are from Asia, 27% from Europe, and 21% from Latin America,", hinting that the number of users continues to increase.

Also, earlier on Tuesday, YouTube joined all the tech giants saying it has suspended Trump's channel. Trump's channel on YouTube cannot upload new videos or livestreams for at least one week.