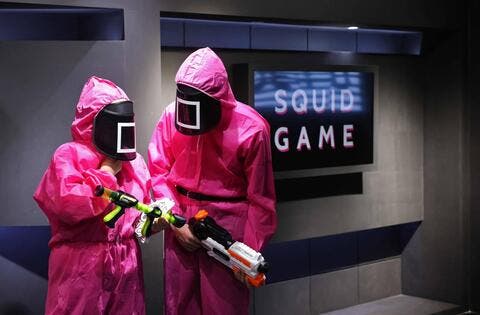 Squid Game Context of the Violence May Affect Children's Behavior

The streaming service Youku, which has as many as 90million subscribers, is one of China's most popular entertainment platforms.

However, Youku has come under fire from customers after a poster for their new variety show, Squid Victory, was shared online, the South China Morning Post reports.

Critics claim that the new Youku show copies both the content and design of the popular Korean series.

My fave piece of news these days: while #SquidGames is not available in China, the Chinese streaming platform Youku has announced they'll be rolling out an entertainment show Victory of Squid 鱿鱼的胜利... Just amazing. Notice the promotional poster hehe pic.twitter.com/ZmvyOoj4ZA

In the new show, which was announced on Wednesday, contestants are expected to take part in a number of 'large-scale kids' games', according to the BBC.

And the branding was also noted to be similar to the distinctive design used by creators of Squid Game.

Users on the website Weibo - a Chinese version of Twitter - blasted the copy, with one describing it as 'shameful'.

Following the online backlash to its advertising for the new show, Youku released a statement, alongside a newly designed poster, on Weibo.

It read: 'We made an error. We mistakenly used the initial design that had already been killed previously. We're sincerely sorry for the misunderstanding caused.'

It added that the name of its new show had now also been changed to Game's Victory, rather than Squid Game.

This isn't the first time Chinese firms have been accused of copying ideas from other firms and making their own versions.

In 2019, nearly £3 million of Chinese-made fake designer-label goods were seized by Border Force officials in the run-up to Christmas.

Counterfeit Gucci scarves and fake Nike trainers were among more than 10,000 items confiscated in a crackdown on organised crime gangs trying to exploit the UK market.

Home Office officials said at the time that all the 'Christmas counterfeits' seized between November and December 2019 originated in China.

And in 2015, car experts criticised a Chinese sports car as a 'pastiche of the worst kind', claiming it looked suspiciously like a Ferrari and Porsche combined.

The Suzhou Eagle Carrie was marketed as an all-electric sports car which was capable of 0-62mph in just 4.8 seconds.

But on closer inspection the car looked remarkably similar to the European supercars, combining the front headlights of a Ferrari with the distinctive body and rear of a Porsche.

Even the Carrie's red, yellow and black badge has unmistakable similarities to the logo found on the front of a Porsche.

The car was unveiled at the Shanghai Motor Show and is just one in a long list of Chinese motors which looks like models built in Europe.

The platform is set to release a show called ‘Game’s Victory’ https://t.co/9nXcyAx7It

However the industry can do nothing about the similarities because designs cannot be protected in China.

Speaking at the time, Jim Holder, editor of Autocar, said: 'It is so brazen that it is more laughable than a car to be taken seriously. 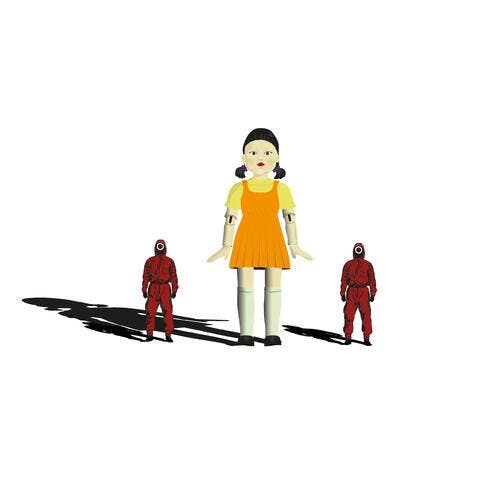 'The problem with these Chinese-built rip-offs is that they undermine the growing credibility of some of the increasingly competitive local makers, who are engineering and innovating new cars closer to international standards than ever.

'The reluctance of Chinese officials to stamp on copycat design does nobody any favours - well-heeled customers won't queue up to buy a product so clearly copied, and few people will want the associated mockery of being seen in one.'