An Arizona mother has slammed Delta Airlines for refusing to let her buy a gender 'X' plane ticket for her non-binary child, 21. 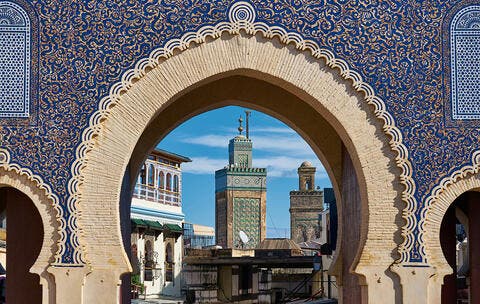 Dawn Henry, 52, called out the airline in a series of tweets on Thursday, complaining that when she attempted to buy a surprise plane ticket for her adult child, she discovered Delta only allows for male and female gender options.

She added that the airline told her that it only recognizes male and female as genders.

Mother says she couldn’t book ticket for child because of Delta Airlines’ lack of non-binary gender option #SmartNews Just because her son is confused about “its” gender, why should the rest of us have to pay for the extra costs to accommodate “it”? https://t.co/wYJ8VwksXI

'Delta is discriminating against #nonbinary individuals and not allowing them to fly despite legal ID issued by states that allow X on birth certificates and state-issued IDs,' Henry tweeted while tagging the airline in her post.

Henry added that her 21-year-old's birth certificate and Washington state driver's license have 'X' as the gender.

The Transportation Security Administration accepts X gender on ID but only American and United Airlines offer such an option in the US.

'Some context: TSA requires that the boarding pass reservation match your state issued ID. TSA accepts X as a gender marker on state IDs,' she continued in her Twitter thread.

Henry went on to say that since her child's forms of identification all include the nonbinary 'X' on them, she would be unable to board a flight due to her gender not matching that of her plane ticket under Delta's current policy.

'The Delta rep was determined to help, but after over 30 minutes on hold, she told me "they" said it doesn't matter what the ID says, use what’s on the birth certificate. I explained that the Birth Certificate also says X. I was put on hold again.'

'After some time on hold, a Delta supervisor in Atlanta came on the line and told me that their system only uses male/female and I can only use one of those. I explained again that my adult child is #nonbinary and #LGBTQ and their ID is X and TSA requires them to match.'

'The supervisor got short with me and said, sorry, that’s the policy. I said, are you telling me you aren't allowing my #nonbinary #LGBTQ kid who has a perfectly legal state-issued ID to fly?'

Henry added that the supervisor insisted that was the airline's policy, prompting her to call out Delta on social media.

'As it stands, at least with @Delta, #nonbinary people are not allowed to fly,' she tweeted.

A spokesperson for the airline told NBC News that it is not an easy fix, and will require multiple departments and time to accomplish, however they did say the nonbinary option will be added sometime this year.

'Delta Air Lines is a proud, long-time supporter of the LGBTQ+ community and we understand that being seen and acknowledged is part of having an equitable travel experience,' the spokesperson said in a statement.

'While we quickly shifted focus due to COVID in early 2020 to helping customers navigate the rapidly changing environment and government regulations, we are back on track to be able to offer a non-binary gender option in our booking systems in 2022.'

The incident comes three years after several major US airlines - Delta included - announced they would add a nonbinary option for their booking process, however only American and United Airlines currently provide such options.

'I am committed to fixing this, not just for my child, but for everyone who holds legal ID with an X gender marker,' Henry told NBC News in a Twitter message.

'My hope is that pressure on the airlines (not just Delta, but the others that have not updated their systems) will get this done.' 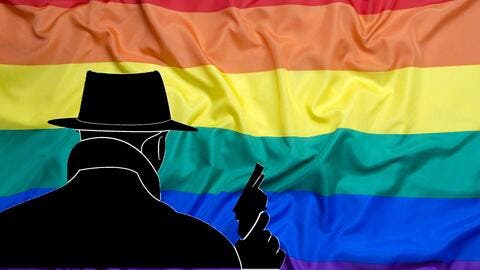 Last year, the US State Department issued its first ever gender X passport to Dana Zzyym, an intersex Navy veteran who had been campaigning for the option since 2015, and plans on rolling them out to any American who wants one in 2022.

Zzyym, who uses 'they/them' pronouns, first asked for the change while filling out their passport form in 2015, when the 63 year-old declared they were intersex and wrote 'X' on the form, instead of checking the M box for male or F box for female.

Israeli Soldiers Handcuff, Beat an 80-Year-Old Palestinian and Leave Him For Dead