The world will suffer from an asteroid strike, floods and droughts which devastate entire countries as well as mass starvation in the future, at least according to predictions by the 16th century French astrologer Nostradamus. 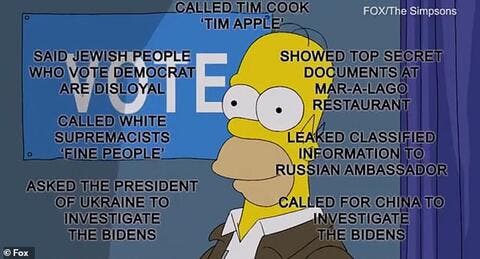 In his famous book 'Les Propheties', published in 1555 and featuring 942 poetic quatrains, Nostradamus is said to have predicted the future.

Nostradamus is believed by some to have predicted the devastation caused by global warming and asteroids and even the rise of AI technology.

Described as the 'Prophet of Doom', the French astrologer and doctor was inspired by biblical texts and his own experiences of plague, with his predictions focused on famine and sorrow.

16th century French astrologer Nostradamus predicted all the Fake narratives and BS from the cabal 🤣🤣🤣https://t.co/9nn7ItNT0L

What's in store for 2022? Here are some of 16th century astrologer Nostradamus's predictions…

More than 400 years after Nostradamus published his book, his work remains popular because his predictions are entirely open to interpretation and could mean anything.

Here, MailOnline looks at some of Nostradamus's predictions for the future.

Nostradamus predicted in 1555 that climate change would become so bad that the soaring temperatures would 'half cook' fish in the sea.

He also suggested that, eventually, the human race will not see rain for 40 years, and when it finally does, there will be 'great floods' that would devastate nations.

Nostradamus wrote: 'Because of the solar heat on the sea/ Of Euboea the fishes half cooked/ the inhabitants will come to cut them/When the biscuit will fail Rhodes and Genoa.'

In another section of his book, Nostradamus also wrote: 'For forty years the rainbow will not be seen/ For forty years it will be seen every day/ The dry earth will grow more parched/ and there will be great floods when it is seen.'

The astrologist appears to be suggesting that devastating floods of biblical proportions will hit the world in the near future.

The world has already seen more devastating heatwaves, flooding and droughts in recent years, with the United Nations warning that the natural disasters will become more frequent and intense in a bombshell report dubbed a 'code red for humanity'.

The UN has warned that the Earth is likely to warm by 1.5C within the next 20 years — a decade earlier than previously expected.

Scientists had expected temperatures to rise by 1.5C above pre-industrial levels between 2030 and 2052 but now believe it will happen between this year and 2040.

Since 1970, global surface temperatures have risen faster than in any other 50-year period over the past 2,000 years, the UN said, while the past five years have been the hottest on record since 1850.

'It's just guaranteed that it's going to get worse,' said report co-author Linda Mearns, a senior climate scientist at the US National Center for Atmospheric Research. 'I don't see any area that is safe… Nowhere to run, nowhere to hide.'

It comes as record heatwaves, wildfires and floods hit countries around the world, which could be a warning sign that Nostradamus's predictions of boiling seas and biblical floods could be in our future.

A blistering heatwave killed hundreds of people across the west coast of the US and Canada earlier this summer, while more than 300 died and almost 13 million others were affected by floods that engulfed Henan province in China at the end of July.

Nostradamus also appears to have predicted in 1555 that the Earth will be hit by an asteroid strike, causing mass death.

It is unclear from the astronomer's predictions when this supposed strike of 'celestial stone' will occur, but he wrote that a 'great fire' would fall from the sky.

He also wrote: 'A great fire will fall from the sky for three nights/ The cause will appear both stupefying and marvellous/ shortly afterwards there will be an earthquake.'

Nostradamus appears to be suggesting that the Earth will be hit by scores of asteroids which will cause fires and devastation.

The world has already had close calls with asteroids, with an asteroid almost as long as a London bus narrowly missing Earth earlier this year.

NASA has warned that every 2,000 years a big asteroid comes along which could cause significant damage to the Earth, which could fit in with Nostradmus's predictions.

The asteroid came just 12,000 miles from the Earth, closer to the planet than many geostationary satellites, according to NASA.

But there was no threat to Earth as the asteroid, dubbed 2021 GW4, passed at a safe distance and was small enough that it would have burned up in the atmosphere had it been closer.

The US space agency estimates it would take a rock over half a mile long to cause worldwide problems if it were to hit the Earth.

Anything smaller could cause local problems, especially if it hit on land, but would not be a major global crisis.

Asteroids are rocky fragments left over from the formation of the solar system about 4.6 billion years ago, most orbiting between Mars and Jupiter.

Occasionally, asteroids' orbital paths are influenced by the gravitational tug of planets, which cause their paths to alter.

When this happens it can bring them in a potential collision orbit with the Earth or other planets, including one that killed the dinosaurs 65 million years ago.

'Every 2,000 years or so, a meteoroid the size of a football field hits Earth and causes significant damage to the area,' NASA said.

'Only once every few million years, an object large enough to threaten Earth's civilization comes along. Impact craters on Earth, the moon and other planetary bodies are evidence of these occurrences.'

'We believe anything larger than one to two kilometers (one kilometer is a little more than one-half mile) could have worldwide effects. At 5.4 kilometers in diameter, the largest known potentially hazardous asteroid is Toutatis.'

The mass starvation will also see conflict rise, according to Nostradamus, as people fight over natural resources impacted by climate change.

In one section, Nostradamus wrote: 'No abbots, monks, no novices to learn/ Honey shall cost far more than candle-wax/ So high the price of wheat that man is stirred/ His fellow man to eat in his despair.'

V
What’s in store for the future? With 2022 around the corner, here are some of famous astrologer Nostradamus’s predictions for what lies ahead
======https://t.co/kj1cxOXhqo pic.twitter.com/jFcS5V2Z4T

Nostradamus appears to be suggesting that the human race will never learn, and prices will continue to rise - so much so that many are left starving.

Across the world, countries have seen political instability, the coronavirus pandemic and shortages in supplies of gas cause an inflation boom, with prices rising for food and energy bills soaring.

Wholesale gas prices soared by 500 per cent in less than 12 months in the UK as a result of raised energy demand and low gas exports from Russia and low supply from France.

Low wind speeds also forced the UK power grid to turn to gas and coal to power homes and businesses earlier this year.

Nostradamus predicted that as prices rise, in part due to reduced access to natural resources, the human race will be 'in despair', with some becoming stirred to start war over basic resources such as food and water.

There have already been warnings by the UN's top climate official that the planet could descend into 'conflict and chaos' if world leaders fail to tackle climate change.

She described a bleak future of general anarchy caused by climate catastrophe, warning of migration crises, food shortages and an increase in terrorism and violent crime.

'It would mean less food, so probably a crisis in food security. It would leave a lot more people vulnerable to terrible situations, terrorist groups and violent groups. It would mean a lot of sources of instability,' Espinosa said in October.

The power of AI technology

Nostradamus appears to have predicted the rise of artificial intelligence almost five decades ago.

Technology has evolved to such an extent over the last few decades that it is hard to know what developments will happen in the near future, but Nostradamus appeared to suggest that humans will become 'immortal' through the rise of AI technology.

He wrote: 'The Moon in the full night over the high mountain/ The new sage with a lone brain sees it/ By his disciples invited to be immortal/ Eyes to the south/ Hands in bosoms, bodies in the fire.'

The author's words could be interpreted as a nod to the rise of AI technology, where 'immortal' disciples could replace the humans on Earth.

The world has already seen Tesla CEO Elon Musk announce that the company will launch a humanoid robot next year, in a bid to replace humans in the workplace where the work is dangerous, repetitive or boring.

Mr Musk said that the robot would stand at around five feet, eight inches tall and could handle jobs from picking up groceries to bolting together cars with a wrench.

The automaton, he added, will address labour shortages and have 'profound implications for the economy.' 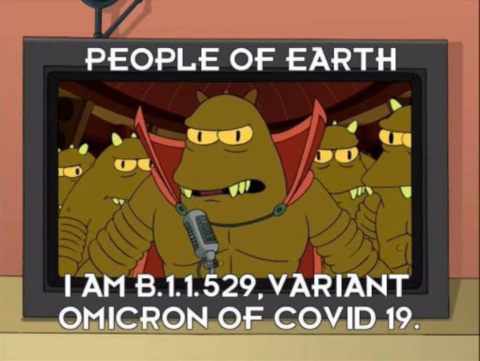 Many experts have issued warnings about the negative implications of relying too much on technology.

Earlier this year, US safety regulators opened an investigation into Tesla's driver assistant system after a spate of accidents in which Tesla cars crashed into police cars and a stationary fire truck while on autopilot.