How Will America Deal With Its 'Structural Racism'?

The National Archives anti-racism task force blasted its own headquarters' rotunda for 'structural racism' over paintings it displays which are said to depict the United States' white founding fathers in too positive a light. 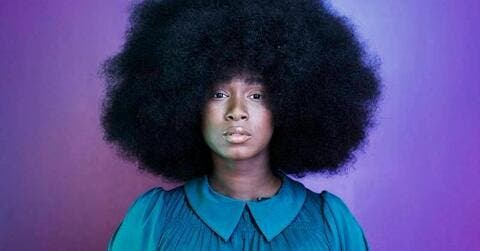 The French Police Are Racist. Here is Why!

According to the 100-page plus report's authors, the rotunda's famed murals depicting scenes such as the sighting of the Declaration of Independence and Constitution are insufficiently tempered with depictions of Native Americans being driven off their land by settlers.

‘While these massive paintings are historically significant and loved by many, others find them oppressive and exclusionary,’ the report, overseen by National Archivist David Ferriero reads.

The Manhattan building that holds a museum, bankruptcy court, and the NY office of the National Archives is the Alexander Hamilton US Custom House on Bowling Green! A STUNNING building designed by Cass Gilbert 1902-7 Thanks @JeffWQXR @WQXR @SmithsonianNMAI @kerrywnolan #KIANY pic.twitter.com/IiUS4Zj3Cy

It adds that a possible solution to alleged issue is to either paint new murals or 'to stage dance or performance art in the space that invites dialogue about the ways that the United States has mythologized the founding era.’

The report says structural racism 'permeates all aspects of work and workplace culture at NARA'.

The report didn't garner much media attention when it was released, but has since been spotted by Fox News.

National Archive officials set up the task force which produced the report in October 2020, in the wake of George Floyd's murder. Ferriero - who was appointed by former President Barack Obama, is allowed to serve as archivist indefinitely.

Many Native Americans were forced into the most undesirable areas of the U.S. — first by white settlers, then by the government. Now parts of that marginal land are becoming uninhabitable, as tribes face severe climate challenges from Alaska to Florida. https://t.co/qXJD0obF43 pic.twitter.com/C8UY4of0y7

Included in the task force's report is a spreadsheet of terms that it describes as 'legacy descriptions that use racial slurs and harmful language to describe BIPOC communities', which it claims are further examples of structural racism. According to the spreadsheet, words like 'crippled,' and 'illegal alien' should be removed and avoided being used again.

lt also highlights the use of offensive anti-Asian slurs used throughout the archive, and recommends adding a 'trigger warning' about texts containing words, to 'forewarn audiences of content that may cause intense physiological and psychological symptoms.'

'Providing an advisory notice to users gives us an opportunity to mitigate harm and contextualize the records,' the report reads. 'It creates a space to share with the public our ultimate goals for reparative description, demonstrate our commitment to the process, and address any barriers that we may face in achieving these goals.'

In addition to adding 'trigger warnings,' the report suggests that the Archives 'rewrite or discard' online material in sources like OurDocuments.gov and Docsteach.org.

According to the report, OurDocuments.gov 'often uses adulatory and excessive language to document the historical contributions of White, wealthy men.' It cites the specific descriptions of Thomas Jefferson and his contributions to American history.

What the report suggests adding, however, are details about the harm it says Jefferson caused to Native American communities with his westward expansion policy. Furthermore, the report says, figures like underground railroad heroine Harriet Tubman are discussed with much less reverence.

Lastly, the report suggests long term solutions like fostering a more inclusive environment for black, indigenous, people of color (BIPOC) on staff and as guests. It recommends the NARA create ‘safe spaces that would allow employees to feel heard and empowered.' 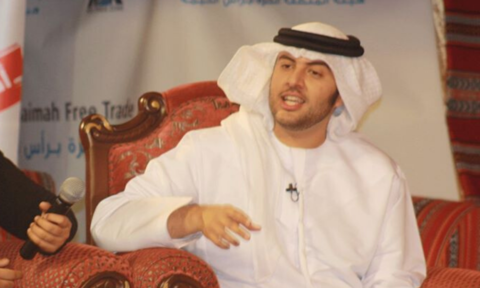 Arab Solidarity or Pure Racism? UAE Poet Under Fire for Statements Against Indian and Bengali Workers

Happy Birthday to Native Actor Graham Greene (Oneida)! Graham has been representing Native Americans in movie roles for decades, but many of his roles have been non-Native as well. Graham is a great example of the range Indigenous actors can play. #RepresentationMatters pic.twitter.com/cFUI704zJt

'With Democrats controlling every lever of our government, these efforts have only become more flagrant and pervasive. No institution, agency or classroom is off limits,' Smedile wrote to the news outlet in an email. 'The American people deserve to be made fully aware of the radical Left's schemes, and we'll continue to expose them.'