Folk craft is an integral part of the culture and life of the traditional Ukrainian society. On one hand, folk crafts are associated with the economy and development of natural resources, and on the other – it is a part of the spiritual culture of people, because they reflect the creativity and knowledge of people.

Craft, that is, small-scale production by hand, served to meet personal household needs, at order or for selling. The geographical location of Ukraine, its natural resources contributed to the development of a large number of crafts.

Here are some of the main Ukrainian folk crafts according to Iryna Batyrieva of authentic Ukraine site.

Ukraine pottery is known since the Neolithic (VII-V Millennium BC). On the hand potter's wheel, which appeared here in the II century N. E., the majority of ceramic ware in Kyivan Rus was made. In the XIV-XV century a  foot potter`s wheel began to be used. 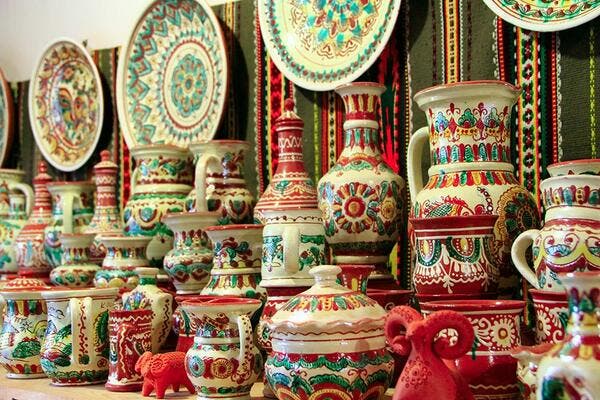 The main type of decorative painting is wall painting. Women and girls painted houses outside: under the roof, like a frieze, around windows, doors and shutters. And the greatest attention was paid to the painting of the house inside, especially - of the oven, which was decorated with lush bouquets of flowers. People also painted the walls, which depicted the carpet, which was difficult to distinguish from the real woven. 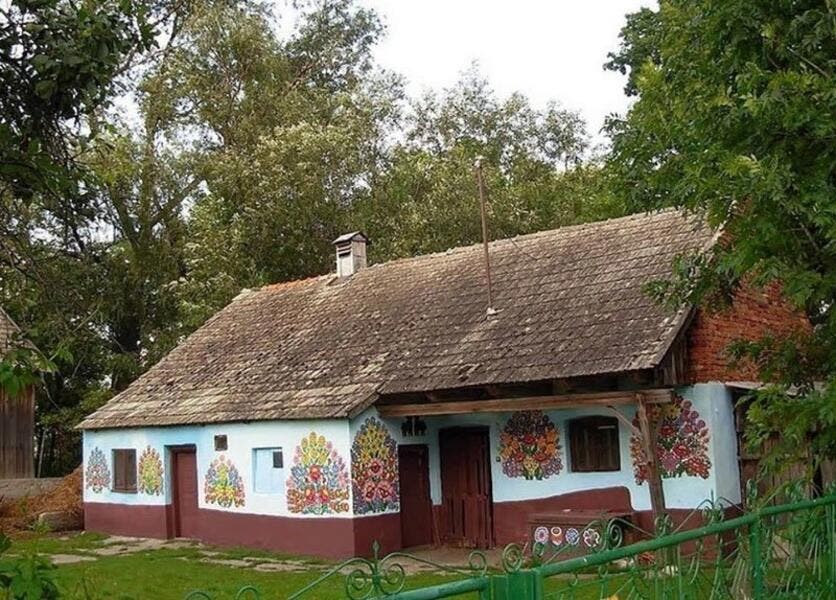 Decorative painting in the past was common in many parts of Ukraine, especially in Podillia region, Kyiv region, Slobozhanshchyna, Bukovyna, but it was  the most widespread in the Petrykivka village of current Dnipropetrovsk region, known as Petrykivka painting.

Products were decorated with geometrized ornaments: transverse bands, diamonds, stars, rosettes, stylized images of flowers and birds. The most famous center of weaving towels since the XV century is the town of Krolevets of Sumy region. 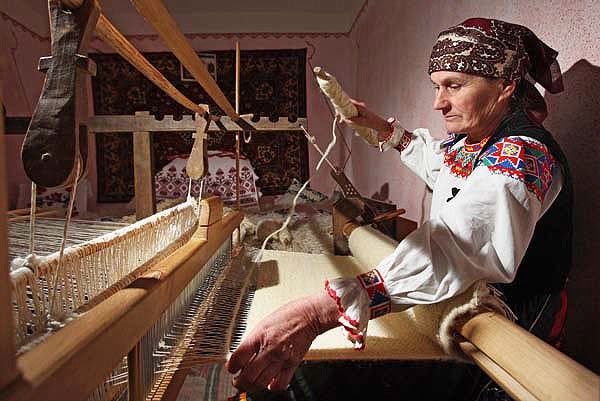 In the XIX century the following regions were also famous for weaving: Slobozhanshchyna, Kyiv region (Boguslavskii carpet), Poltava region (Reshetylivka carpet, Podillia and Volyn. In addition to popular carpets from the ХVIII century, the so-called aristocratic carpets and tapestries appeared too.

Embroidery has always been the most common form of women's manual craft. Women embroidered in each village, in monasteries, nobility and merchant communities. In the XIX-XX centuries educational and handicraft workshops, art and industrial unions, large specialized enterprises on embroidery were opened. Embroidery as an amulet decorated primarily women's and men's shirts, as well as covers for beds, abrasions, pillow cases and towels. 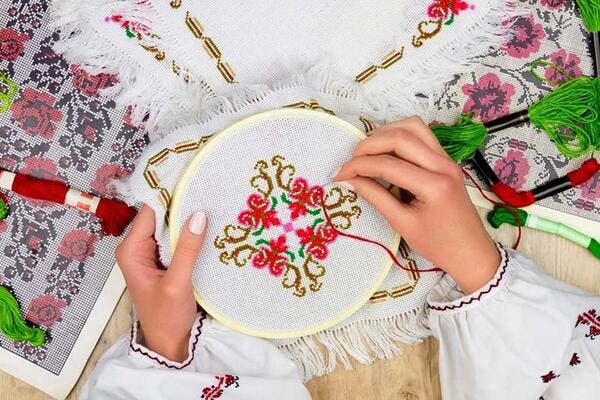 In Ukraine, there were about 100 types and techniques of embroidery: smooth surface, cross, nyz, drawn-thread work, traveler and weaving. The most common are geometric and floral ornaments with local differences. The most outstanding and well-known style of Ukraine is Reshetylivka  embroidery "white on white."

"A toy is a special product of Ukrainian folk art. This is something without which it is impossible to imagine childhood, the game," says  Iryna Batyrieva.

Ukrainians paid special attention  to the production of toys, they used a variety of materials, they bought them and made at home. With the development of fair trade in the late XVIII century in Ukraine mass production of toys for sale began. 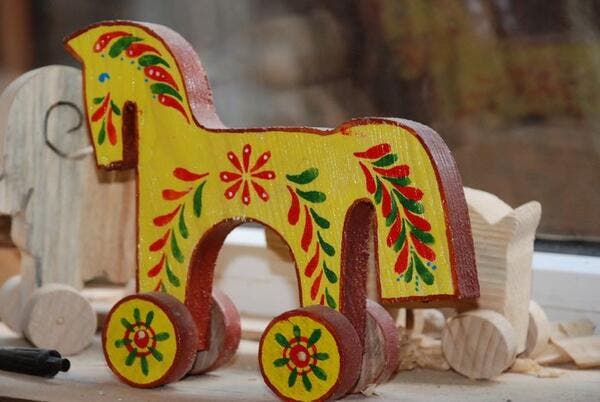 Besides bought toys, every Ukrainian family made toys themselves  of twigs, straw, grass, paraffin, bone, tissue, in Carpathian Ukraine – they were  even made out of the dough and sheep cheese.