After more than 10 years of exploring the world’s seas, the Khaled bin Sultan Living Oceans Foundation has finally completed its Global Reef Expedition, a research mission to assess the state of coral reefs and the significant threats to their survival. 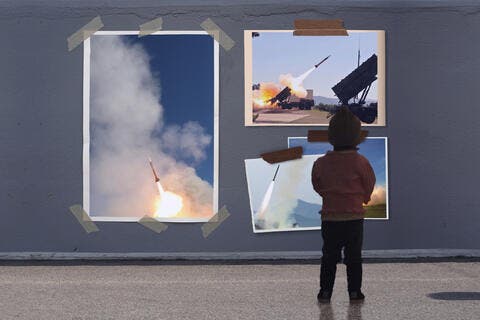 Setting off from the Red Sea and taking in the Atlantic, Pacific and Indian Oceans, the expedition circumnavigated the globe, surveying and mapping more than 1,000 reefs in 16 countries. The scientists traveled more 50,000 kilometers, conducted more than 12,000 scientific dives and provided educational sessions for more than 6,000 students and community leaders.

After a 10-year research mission to assess the state of the world’s coral reefs, Saudi-led science team uncovers secrets of the deep. @LivingOceansFdn https://t.co/spc0cIFJzY pic.twitter.com/6uLxN5ISRB

The foundation, which initiated the expedition, is a nonprofit environmental science and ocean research organization that was established in 2000 to help preserve, protect and restore the world’s oceans and aquatic resources.

The foundation’s approach combines three main aspects: Research, education and outreach, all of which were reflected in the expedition’s long mission.

“I launched the Global Reef Expedition to help bring about a new era of knowledge about coral reefs and the challenges they face,” Prince Khaled, the chairman and president of the foundation, said last month in Marseille, France, at the International Union for the Conservation of Nature’s World Conservation Congress, which is described as the world’s largest and most inclusive environmental decision-making forum.

“I knew that this would require a gigantic translocation of resources, cutting-edge technology and bringing expertise to some of the most remote coral reefs in the world. I did realize that this is not an easy task to achieve, yet my hope in fulfilling this mission never faded.”

A team of more than 200 scientists, conservationists, government officials and local experts was assembled for the global project. They conducted tens of thousands of underwater surveys of coral reefs and the fish communities that live around them.

“This global project is a very forward-thinking act, initiated by Prince Khaled bin Sultan, and the data that was collected in the global expedition will be used for centuries to come,” Sam Purkis, the chief scientist at the foundation, told Arab News.

The expedition has created a baseline for further research and will allow researchers to measure and understand the pace and trajectory of the changes affecting reefs around the world.

The expedition began a decade ago in the Red Sea, where the team conducted four missions in Al-Wajh and Yanbu, the Farasan Islands and Ras Al-Qasabah.

These initial missions helped the team to develop and refine their survey techniques before expanding their reach to the Atlantic and other bodies of water.

“What we came up with was a marriage of high-tech solutions using satellite and aircraft imaging to map the reefs, coupled with more traditional field surveys of the corals, the fish and other organisms in the reef ecosystem,” Purkis explained.

“We took this replicable, reproducible way of surveying the reefs using satellites and fieldwork, and then started to move around the world with it.”

Based on the success of the initial Red Sea missions, Prince Khaled was willing to authorize the global expedition.

“The expedition ended up considerably more expansive than what we dared to hope,” said Purkis. “We were adding countries all the time. They requested the work done in their waters.”

Purkis began working in the Red Sea in the early 1990s. He said it used to be one of the best places in the world for coral reefs but, despite the fact that the health of Red Sea reefs remains relatively good, worrying signs were appearing as the mission began.

“It was already clear 15 years ago, when we started the Red Sea missions, that there had been chronic overfishing; the number of fish is worryingly low. We also found some reef areas which had been attacked by crown-of-thorns starfish, badly affecting large proportions of reefs,” said Purkis.

In addition, changing water temperatures were reported in the north of the Red Sea. The most common global direct threats to coral reefs are ocean acidification and rising water temperatures as a result of climate change. However, said Purkis, the former is currently a relatively small problem compared with the much greater danger of warming waters.

“Temperature is terrible for the reefs and it is getting too hot, globally. The intervals between these hot episodes are decreasing; we used to have bleaching every 15 years, then every 10, then every five; and now it is happening every two years and soon it will be every year.”

Bleaching occurs when corals lose their vibrant color and turn white. The stunning colors of corals are the result of marine algae called zooxanthellae that live inside the coral and provide it with an easy supply of food and energy, allowing it to grow and reproduce.

When corals are under stress due to damaging factors such as heat or pollution, they expel the microscopic algae that live in their tissues and become transparent, exposing their white skeletons. Bleached corals are not dead but are at increased risk of starvation and disease.

Purkis said that the worst coral conditions were found in the Caribbean. The reefs there have been suffering longer than those anywhere else as a result of many decades of overfishing and bad coastal development decisions.

“There are places in the Caribbean where the reefs are effectively dead, they are finished, and it might take 10,000 years before they would come back,” he added.

He firmly believes, however, there is time to save the rest of the world’s reefs and prevent them from reaching such a dire state. The data collected by the expedition has limitless potential, he added, and can be used not only in future scientific research but also as part of educational programs for people of all ages and to initiate other influential projects.

New and unexpected partnerships are already emerging, Purkis said. NASA is using maps from the Global Reef Expedition to help train its supercomputers to map the rest of the world’s coral reefs from space. “Truly, every reef on earth might be mapped soon,” he added.

Meanwhile, scientists at the University of Miami are using the data to model the factors that contribute to the health and resiliency of coral reefs.

“There were 200 scientists with the expedition but we must have collaborated with 2,000 different academics,” Purkis said. 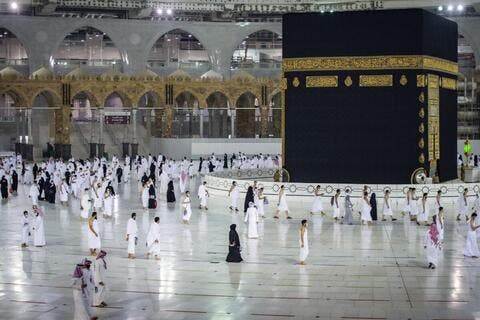 To prevent its scientific advances from being hidden away in dusty scientific journals, the expedition targeted young people through the educational arm of its project. The foundation developed a curriculum suitable for a range of ages, from kindergarten to 12th grade, to teach youngsters about coral reefs. More than 2,000 teachers are now using it in more than 110 countries.
ad

“The previous generations created most of the problems that the youth of the planet now have to solve,” said Purkis. “Education is key to overcoming the challenge and it is in the hands of young people.”

Another component of the initiative is its outreach efforts. These include a number of documentary films and TV series produced by the foundation the public about the seriousness of this major environmental issue.