Saudis Show Their Art Again in The Venice Biennale 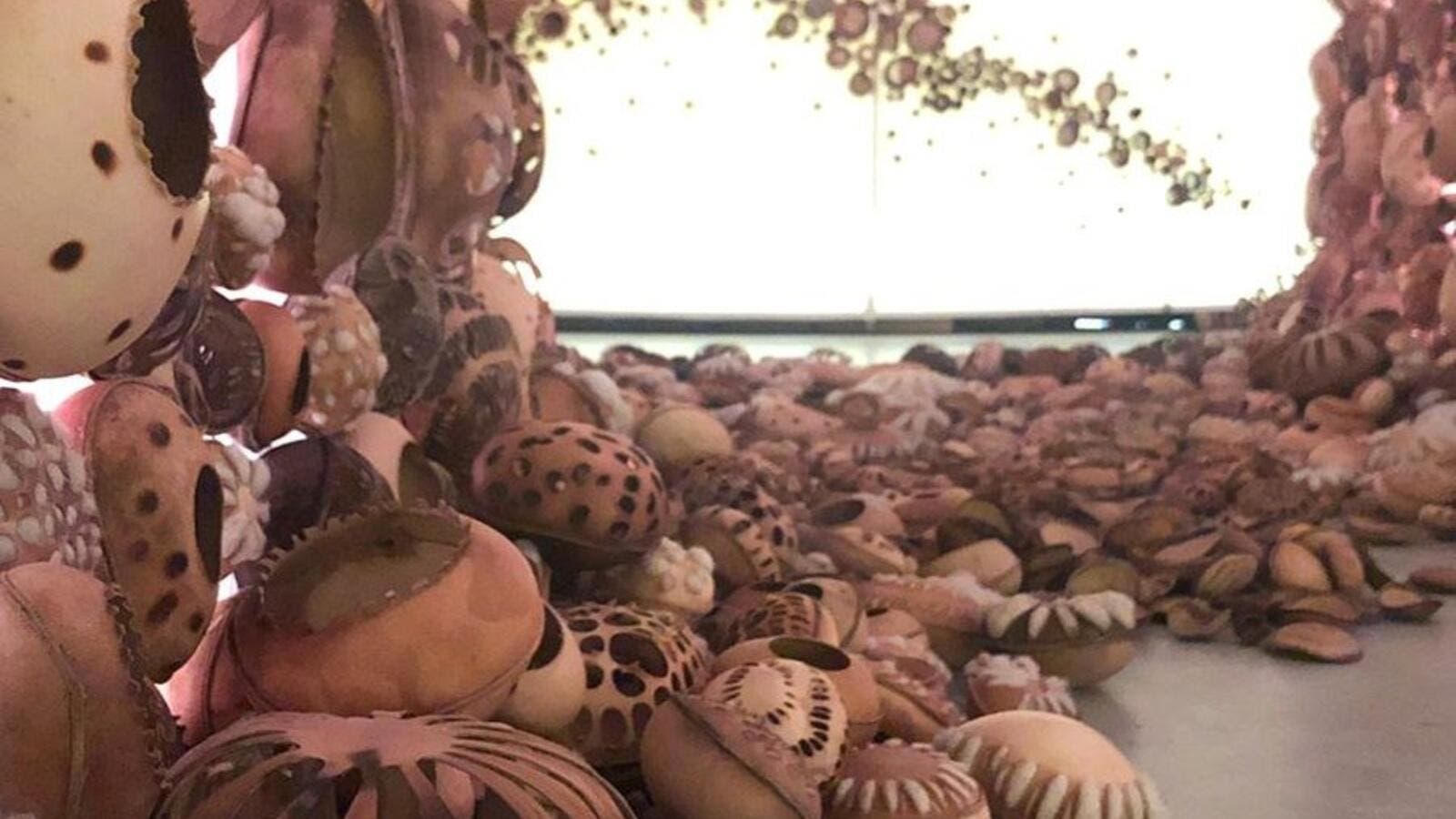 Al-Ghamdi's “After Illusion” installation will be displayed in the Saudi pavilion. (Supplied/ Arab News)
Highlights
Saudi Arabia Participates in the the 58th edition of the Venice Biennale after an eight-year absence.

Saudi Arabia is taking part in one of the world’s most prestigious art exhibitions after an eight-year absence.

The Kingdom has made its comeback for the 58th edition of the Venice Biennale that brings together thousands of artists, collectors, critics, curators, journalists, and art enthusiasts from around the globe.

Over the years the event has showcased the works of some of the biggest names in art including painters Pablo Picasso and Helen Frankenthaler, sculptors Henry Moore and Barbara Hepworth, and conceptual artists Marina Abramović and Ai Weiwei.

Often referred to as the “Olympics of the art world,” the exhibition dates back to 1895, and Saudi Arabia first took part in 2011 when Makkah-born sisters and contemporary artists Shadia and Raja Alem collaborated to present “The Black Arch,” a dazzling steel installation based on personal narrative and “the duality between Makkah and Venice.”

The Kingdom enjoyed another debut last year at the Venice Architecture Biennale, when architects Abdulrahman and Turki Gazzaz explored the topic of vast, empty spatiality on Saudi land and its effect on the nation’s modern society through their project “Spaces In Between.”

Under the title of “May You Live in Interesting Times,” this year’s biennale is curated by Ralph Rugoff, the director of London’s Hayward Gallery, whose edition reflects the ever-changing current state of world affairs.

“In an indirect fashion, perhaps art can be a kind of guide for how to live and think in ‘interesting times,’” said Rugoff.

Hosting a total of 90 national pavilions at this year’s event, four other Arabic-speaking countries will be joining Saudi Arabia, namely Egypt, Iraq, Syria and the UAE. In addition, the biennale has expanded its programming by welcoming new participants Ghana, Madagascar, Malaysia and Pakistan.

The Venice Biennale opens to the public on May 11 and runs until November 24. Saudi Arabia’s pavilion (located in the Arsenale exhibition venue) will be fronted by Jeddah-based land artist and professor Dr. Zahrah Al-Ghamdi’s “After Illusion” installation, which has been curated by Saudi lecturer and artist Eiman Elgibreen.

Born in the Hijaz city of Al-Baha in 1977, Al-Ghamdi works with natural materials such as sand, clay, and leather to “reflect the memory of past traditional architecture of southwest Saudi Arabia and to explore this memory with emphasis on poetics,” the artist said.

Al-Ghamdi’s debut at the biennale came after her selection by the Saudi Ministry of Culture and the Misk Art Institute, a government initiative established in 2017 to encourage the arts in the Kingdom.

“To be honest, when I used to read about the Venice Biennale and its unique concept, I felt so far away from the world of this event – it was like a dream,” Al-Ghamdi told Arab News.

“In recent years, I worked really hard and always hoped to achieve more through each work I would present. So, when I received the call from the Misk Art Institute to participate at the biennale, it was like a dream I never thought I’d dream.

“I was elated but simultaneously felt a great deal of responsibility, as I am not representing myself but my country and all its artists,” she added.

The other Arab pavilions include a trio of artists – Ahmed Chiha, Ahmed Abel Karim and Islam Abdullah – who are showcasing works inspired by the ancient Egyptian deity Khnum, a figure representing the source of the Nile.

Participating since 2007, Syria’s pavilion is titled “Syrian Civilization Is Still Alive,” and has displays of paintings and photographs by nine Syrian and foreign artists, reflecting on the themes of surrealism and abstraction.

Meanwhile, poet and filmmaker Nujoom Al-Ghanem has made history by becoming the first woman to have a solo presentation at the Emirati pavilion. Curated by Sam Bardaouil and Till Fellrath, the pavilion will take the viewer through Al-Ghanem’s site-specific video installation, entitled “Passage.”