“The UAE Government wants more Emiratis to go into science programmes and to have more career path for the scientists,” said Omran Sharaf, project director of the Emirates Mars Mission (EMM). 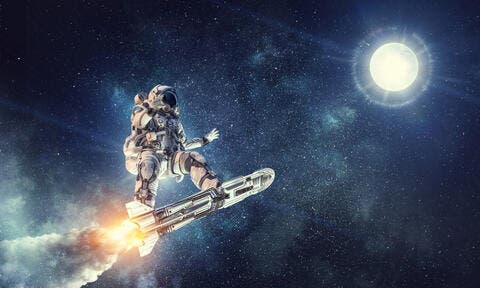 “In a country like the UAE where over 200 nationalities live, every single one contributed to putting the country’s name around Mars. The message is: Let’s be better integrated with the global system and let’s make scientists and engineers make part of this journey to build the region.”

Building an advanced science and technology sector is critical for the future of the UAE, Sharaf said.

“We want to have an innovative, creative and competitive knowledge-based, post-oil economy,” he added.

When Hazzaa AlMansoori was growing up, being an astronaut seemed too impossible.

“Imagine standing in front of your friends, trying to tell them about your ultimate dream of becoming an astronaut — and the feedback that you get is laughter. Everyone is laughing at you. That was me 15 years ago,” AlMansoori shared during the flagship Space Week event at Expo 2020 Dubai.

“They said it’s not going to happen in this country … it’s impossible. I was disappointed, but I kept with me a small space shuttle. I tried to be the best pilot possible. Then in 2013, they announced the first batch of the astronauts corp. That opened many doors,” he said.

Hazzaa AlMansoori made history as the first Emirati to reach space. He spent eight days on board the International Space Station (ISS) in 2019, fulfilling his scientific endeavor. Currently, he has been undergoing rigorous training at the National Aeronautics and Space Administration’s (Nasa) Johnson Space Centre in the US along with his colleague Sultan Al Neyadi.

“All the trainings have been tough but enjoyable,” Hazzaa said. 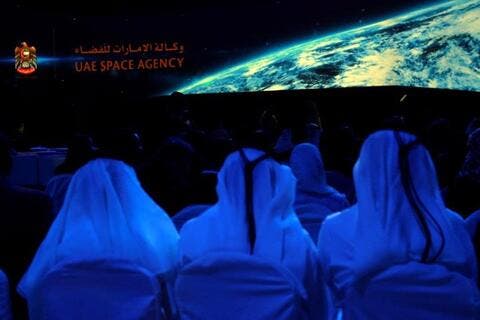 “I remember the time when we were close to our launch. At that stage in Baikonur, we really had to be very careful. After we finished two weeks of our quarantine, we had to watch out for everything,” he recalled.

When you’re out there in space, however, “there is nothing like watching our planet”, Hazzaa said.

“This amazing planet gives everything to us for free, from oxygen, water because up there it is really expensive and precious. It makes you feel that we all have to work together to save Earth,” he added.