Why Can’t I Feel Anything?

Published April 18th, 2022 - 08:07 GMT
Palestinian father Saqer Shehada sits with his children at his house in Beit Lahia in the northern of Gaza Strip, on February 20, 2022. (Photo by MOHAMMED ABED / AFP)

How many times have you come across social media posts about innocent children being killed, and found yourself sharing these posts, writing a few thoughtful words and then going on about your day? 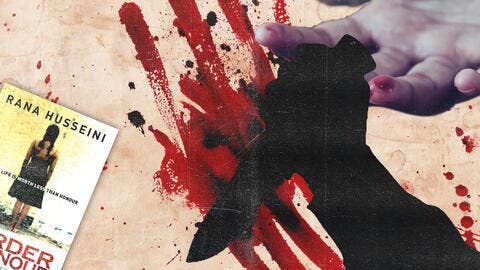 Honor Killings, Until When?

How many times have you made conversations around the war crimes happening in countries like Palestine, Syria and Iraq, and then found yourself moving on to the next topic?

The reality of things is that most of us do that. We empathize, share posts and talk about the injustice happening in many countries across the globe, and then we unknowingly carry on with our lives. And the reason we do that is not because we do not care or because we are hypocrites, it is because we have become acquainted with all of the pain, hurt and injustice this world has to offer.

So many of us have become so used to hearing devastating news that we have become immune to the pain and sadness it initially caused. Take the pandemic for instance, when thousands of people began dying, people were empathizing and fearing for their own lives. However, as more and more people died, the less people were affected.

I’m not saying we do not feel for those who are dying because of atrocities and genocide, but instead that our minds are no longer able to comprehend this amount of suffering and so we slowly become numb. Paul Slovic, a psychologist at the University of Oregon, refers to this psychological phenomena as “psychic numbing”.

It is when the world fails to respond to large-scale human suffering that psychic numbing occurs. In his study, Slovic suggests that as the number of casualties and those suffering increase, our empathy and willingness to help decrease. As the title of his research suggests, “The More Who Die, the Less We Care” talks about the idea that there really isn’t a constant value for human life.

As individualistic humans, seeing a single person suffering might help bring up emotions and empathy as we see the value of a single life. However, as the number of those suffering increases, the less people are going to care about the lives lost. Slovic explains that our inability to respond to mass-tragedy and genocide is driven by the idea that people do not feel personal connections to large groups of people, opposed to a single life they can relate to.

As pointed out by Slovic in his research, our urge to help and act comes from seeing personal stories and imagery that awaken our emotions. Which comes to explain the world’s reaction to the picture of Aylan Kurdi, a three-year-old Kurdish-Syrian boy who drowned in the Mediterranean Sea in 2015 as he was trying to flee the Syrian Civil War with his family. When Slovic studied the response to Aylan’s photo, he saw that the photo was able to drive international communities to take action much more than the collective death of 250,000 people did.

And perhaps the worst part of all of it is that we are completely oblivious to it. Our mind has become so overwhelmed with what’s going on around the world that it went numb.

However, while this kind of numbness stems from how our mind perceives and gives value to individuals and masses, there is also the personal numbing of pain. And whether we are aware of it or not, many of us have felt emotionally numb at a given point in time.

Do you remember a time in your life when you went through something insanely painful that the only way you thought you can survive it is if you emotionally numbed yourself?

I know I have.

While some people might voluntarily want to emotionally detach from a painful situation or even someone, other people become emotionally numb as a way to survive. Trauma, mental illness and abuse are some of the reasons a person might become emotionally numb to their feelings. For those who have never experienced it, understanding what emotional numbness really is and how it looks can be quite difficult. Some might describe emotional numbness as feeling isolated, alone and completely disconnected from people and the environment.

“Emotional numbness is like being engulfed in complete and utter apathy. You are unable to feel anything or connect to anyone. It feels like floating away in the abyss of the unknown, alone, disoriented and isolated. There are people around you, but you cannot feel them. It’s almost like you are invisible and people can walk through you but never be able to touch you. It’s like being there and nowhere at the same time.” - Sama Al Kurdi

Our inability to feel things can deteriorate our whole being, and that is why it is important to be aware once we feel like we are becoming numb to feelings we want to desperately feel. Whether it is emotional numbness to our own pain and struggles or that of mass tragedies, it is imperative that we find ways to activate our emotions. While the former can be addressed through seeking support from loved ones or professional help and finding something that ignites your spirit, the latter involves different things.

According to Slovic’s research, our moral intuition tends to fail us when talking about large-scale tragedies. This weakness in our moral compass to act and be outraged at mass atrocities has to be addressed in an urgent manner. As a way to combat this weakness, Slovic suggests using education, imagery, and shifting the narratives to make large-scale problems more personal. 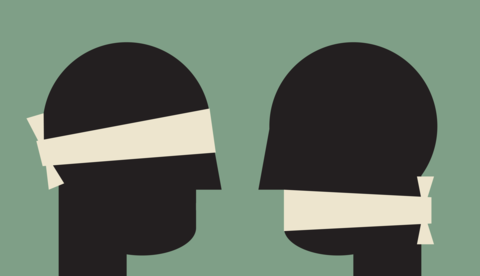 The Dark Side of Silent Treatments

Not only that, but educating children about finding meaning in numbers is also thought to be a way to combat psychic numbing. Perhaps the idea is not to wait for something to stir us so that we can respond, but instead shed light on the need to intervene and be proactive in saving lives. Slovic even mentions that the same way officials and decision makers tend to justify their actions when saving lives, they should also be held accountable and be asked to justify their lack of action in some cases. This kind of pressure might pressure those in power to act.

Ultimately, the ability to feel things is a blessing most people are not aware of, and it is imperative that we pair it with a strong sense of awareness so that we can know how to handle our feelings and act morally upon them. Because without our ability to feel things, we might never know what feeling alive feels like.

“What so many people do not get about emotional numbness is that it is so much more than just numbing the pain and sadness. Emotional numbness also stops you from feeling the good things.” - Sama Al Kurdi