Is She OK?! Amal Maher Announces Retirement TWO DAYS After Breaking Off Her Engagement

Egyptian songstress Amal Maher has announced, at dawn today, Wednesday, her retirement from singing, in a post she wrote on Instagram. 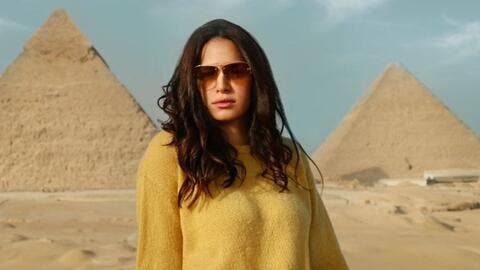 Amal Maher Breaks off Her Engagement.. But Who Was the Fiancé?

"My dear audience, who has supported me for years and years, and has been my constant companion, due to circumstances that are special to me and beyond my control, I announce my complete departure from the artistic community and artistic activity, wishing all my fans all the best and happiness in this life, and wishing all the success to all my colleagues."

About coming back, Maher added:

"If I will come back again or not? This is a question that only God knows the answer to, so all I can think of at the moment is quitting."

Amal also mentioned the destiny of her new album that she's been working on.

"As for the release of my album, which I had previously announced, it has been postponed indefinitely.. I was very excited to present it to you and I worked so hard on it more than ever, but it is the will of God." 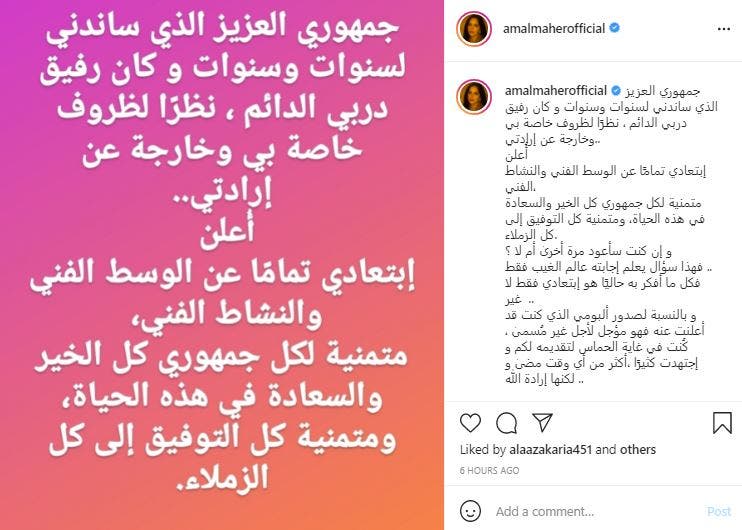 At the end of her retirement message, Amal Maher thanked her fans for their support.

"Thanks to everyone who supported me in my artistic journey and in my life. Thank you to all the Arab audience from the ocean to the Gulf. I enjoyed you a lot over the years and years and you were the best audience. Thank you God Almighty first, last and for always."

The quitting decision of Amal Maher comes after she surprised the audience by breaking off her engagement last Monday evening, less than two months after it was announced.