After a short visit in Italy, Kerem Bürsin has returned to Turkey to hug his girlfriend Hande Erçel again. After filming his episode, Kerem Bürsin didn't stay longer in Italy and immediately returned to his home country to be with the woman he loves, Turkish actress Hande Erçel.

Bürsin and Erçel, or as their fans call them #HanKer, have spent the weekend together, sharing with their millions of followers on Instagram an intimate moment.

Kerem took a selfie while he was topless as Hande was painting behind him. 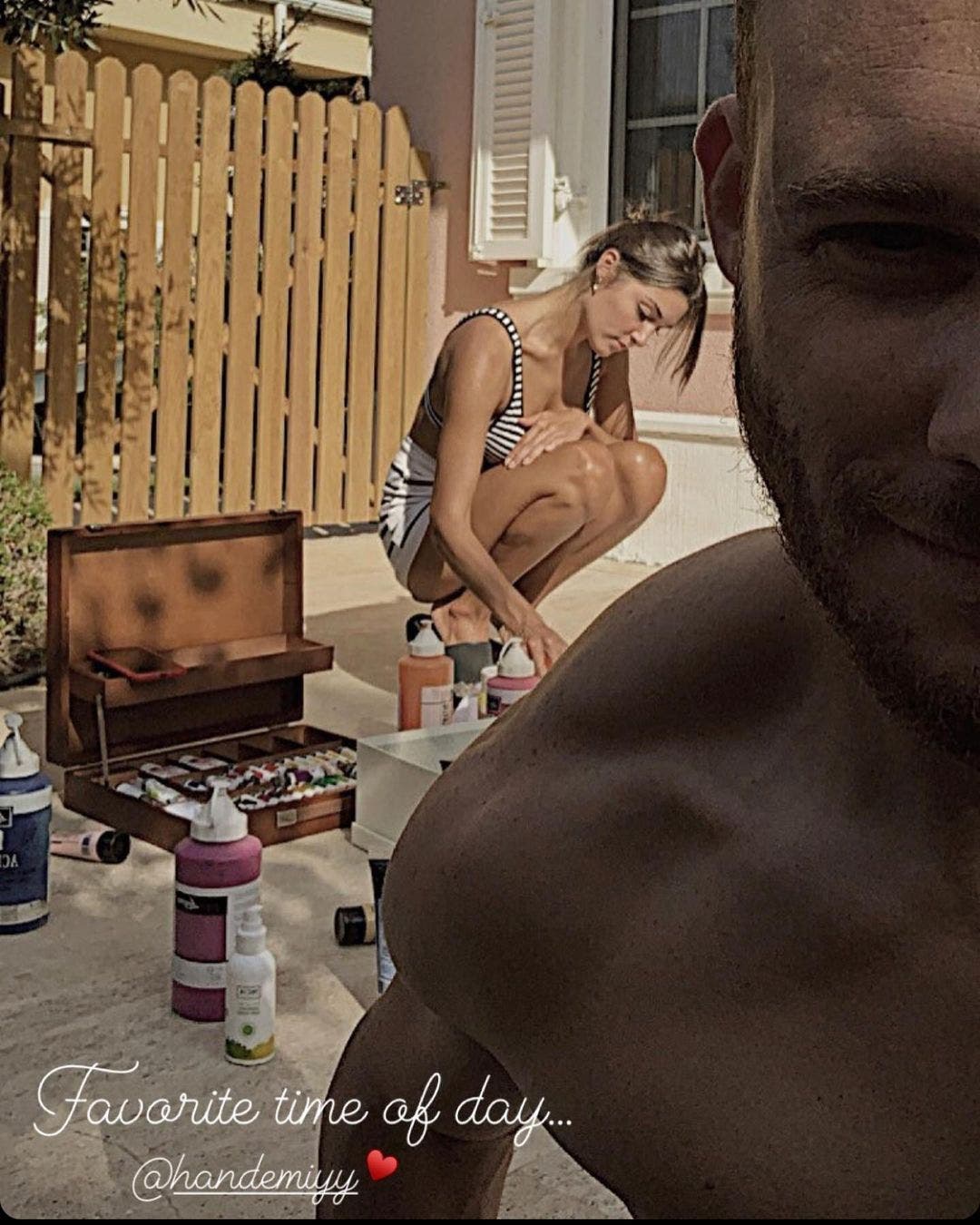 The handsome Turkish star captioned the picture with the most romantic phrase ever, writing: 'Favorite time of the day.. Hande Erçel', adding a love heart emoji.

For her part, the actress who played Eda in Sen Çal Kapımı reposted the picture and added a kiss and clinking glasses emojis. 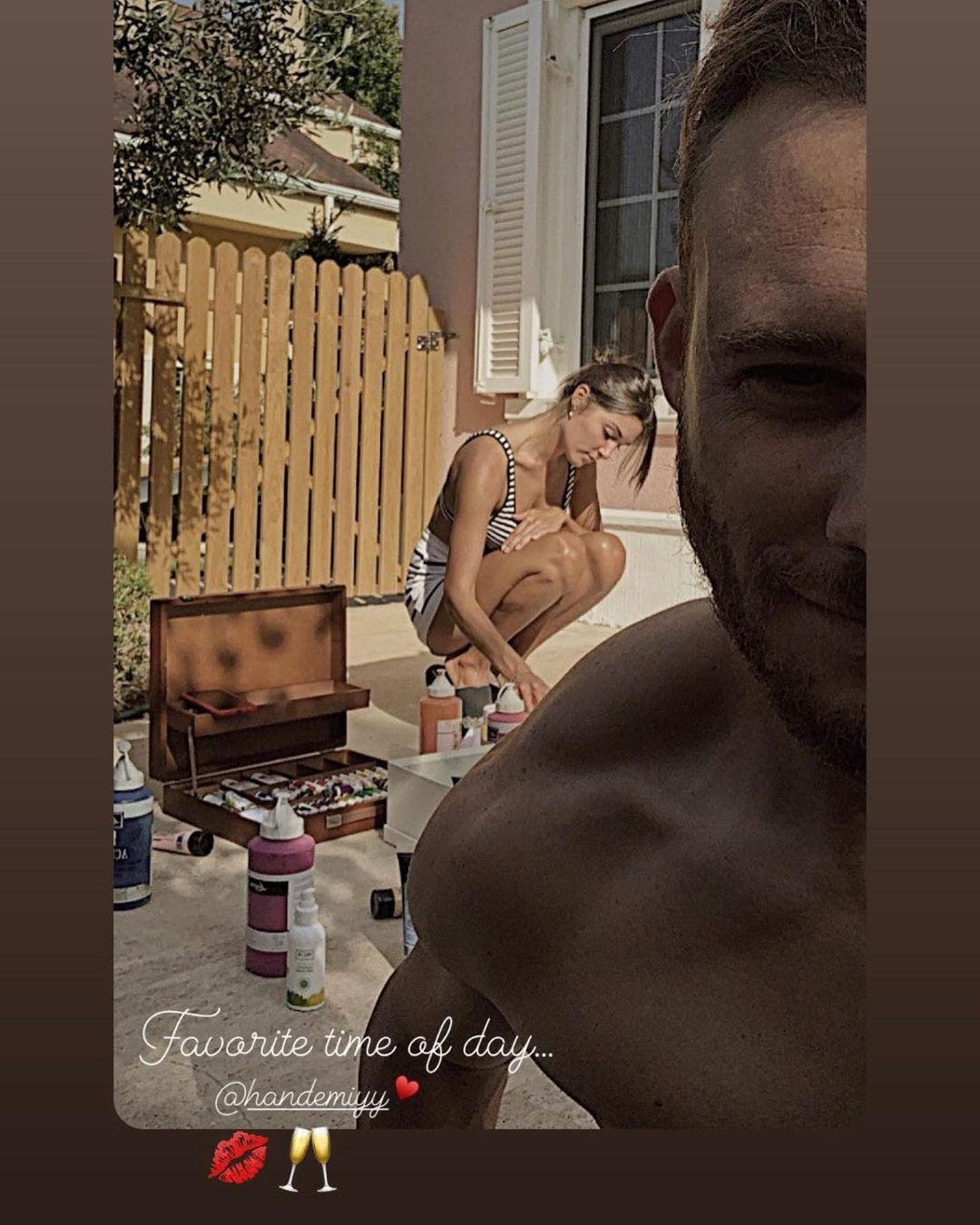 A fan page of the Turkish actor named @thebursinaktuel has posted HanKer's selfies.

However, an unexpected comment came from Kerem's mother, Çiğdem Bürsin.

The mother of the star left four clapping emojis under @thebursinaktuel's post. 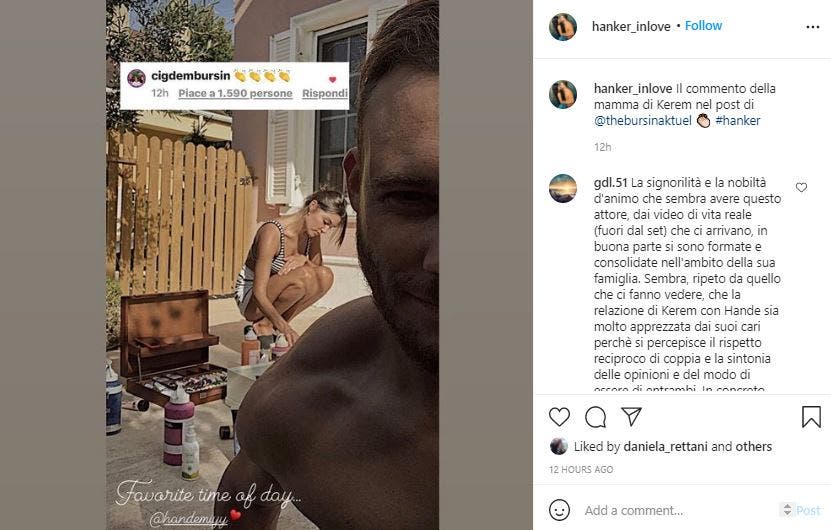 Kerem's mother's move was seen as an indicator of the excellent relationship that she has with her alleged future daughter-in-law, Hande Erçel.

Some followers also commented that the increased interaction between Hande and Kerem's family is leading to a near proposal and wedding.

Great news for the numerous fans of Kerem Bürsin, the fascinating interpreter of Serkan Bolat, the protagonist of Sen Çal Kapımı (You Knock On My Door / Love Is In The Air).

While the soap, broadcast on Canale 5 from Monday to Friday, continues to thrill the public with the love between Eda and the architect, the Turkish star has arrived in Italy, precisely he landed in Milan Malpensa with a flight coming directly from Istanbul.

Editorial staff of Verissimo wrote through the social profiles: Kerem will be interviewed by Silvia Toffanin.

And few hours ago, Verissimo has confirmed welcoming Kerem Bürsin in next week's episode.

They posted a video of the host Silvia Toffanin, and captioned it: 'Yes, the announcement you've all been waiting for! 😍 Saturday at #Verissimo, at 4.30 pm on # Canale5, we will have the protagonist of #Loveisintheair Kerem Bürsin! @thebursin.'

Barcelona to Bring in Haaland, Pogba & Olmo in 2022