Turkish actress Hande Erçel, who has recently separated from her long-time partner Murat Dalkılıç, is rumored to be dating her on-screen lover, Turkish actor Kerem Bürsin.

While every move of the duo is watched by their fans on social media, the beautiful actress Hande Erçel and Kerem Bürsin were seen together at a venue the previous day as they were leaving a production company in Bebek.

'Why they are seen in public together?' a reported asked. 'Is it because of the low ratings of their series Sen Çal Kapımı (You Knock on My Door)?'

Milliyet daily Turkish newspaper reported that of course the reporter can ask such a question, asking their readers 'don't you think this is a slightly malicious question?' 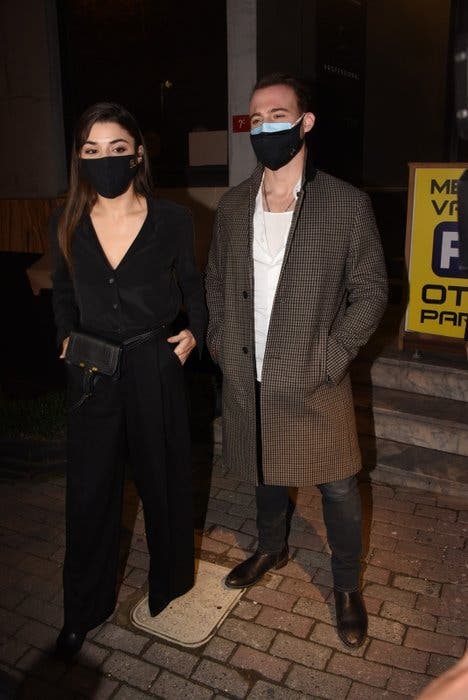 'Yes, technically the coworkers can be seen together to promote their project,' the newspaper added.

'They are simply taking advantage of their on-screen harmony.'

'Just as singers attend morning shows to promote their new projects and renew their image, actors, on the same hand can be seen in public together for purely promotional and commercial concerns.'

Milliyet added: "In this process, the couple may indeed be in love, but isn't it a bit of a futile effort to tamper with?" 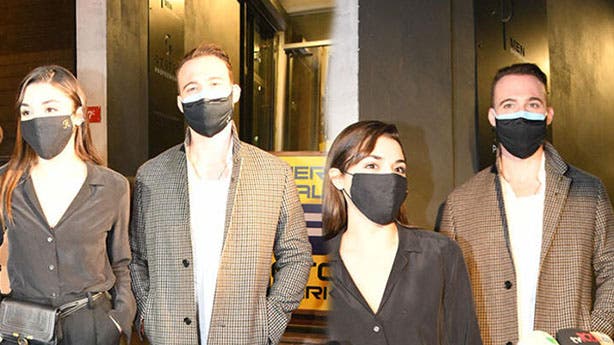 Hande Erçel and Kerem Bürsin had reproached to people who continued partying after Izmir earthquake and amid Coronaviru pandemic.

Kerem Bürsin said, "These are sad images. People should be more sensitive and they should wear their masks."

Hande Erçel also supported her co-star with the following words: "I also find it sad. People have to respect their own lives, of course, but when there is such a mourning, we are all torn, I wish we were more sensitive."

It did not go unnoticed that Kerem Bürsin wears double masks in light with the increasing numbers of cases.