An online debate has been circulating about 'Who is the king of Turkish soap' between Kerem Bürsin and Can Yaman, which caused rumors about a feud between the two actors. 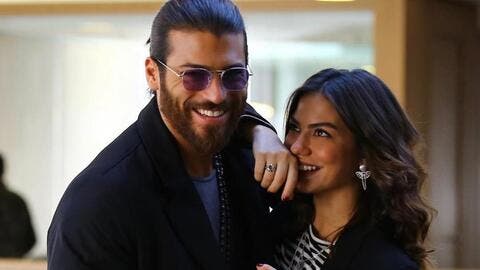 There are rumors of disagreements between the two Turkish actors due to the success of Kerem Bürsin who is claimed to have ousted Can Yaman from the role of 'king of Turkish soap'.

According to some gossip rumors, Can Yaman and Kerem Bürsin would not be so in tune.

The reason? The emerging success of Kerem Bürsin, who with the series Sen Çal Kapımı (You Knock On My Door/Love Is In The Air) would have removed the scepter of "soap king" from Can Yaman. However, Kerem commented on those rumors.

The Success of Can Yaman in Italy

According to rumors, there would be a certain rivalry between Can Yaman and Kerem Bürsin. Can Yaman was the most acclaimed Turkish actor in Italy until early summer 2021. His Italian fans got to know him in the first Turkish TV series broadcast in Italy that saw him as the protagonist, Dolunay (BitterSweet).

But the real success, not only in Turkey and Italy but also in other countries, has come with Erkenci Kuş (The Early Bird/DayDreamer); The role of Can Divit has enchanted Sanem (the female character played by Demet Özdemir) and has won millions of viewers' admiration. In fact, thanks to that character, Can Yaman has been renamed "king of Turkish soap".

The Reason for the Alleged Rivalry of Can and Kerem

Kerem Bürsin would have ousted Can Yaman from the throne of "king of Turkish soap", causing a certain resentment to Can. In fact, the Turkish TV series Sen Çal Kapımı, broadcast from May 31, 2021 on Canale 5, was a huge success. In fact, Kerem Bürsin and Hande Ercel, who play Serkan Bolat and Eda Yildiz in the soap, are the heirs to the success of Can Yaman and Demet Özdemir.

To increase the veracity of their actions on the set, Kerem and Hande, in fact, are a couple even in real life. On the contrary, although there were rumors of flirtation between Demet and Can, these have never been confirmed by those directly involved. The alleged rumors of rivalry between Kerem and Yaman would derive precisely from the sudden success of Kerem that would have overshadowed Can Yaman.

The latter, however, has certainly not been less successful in Italy: we will soon see him in two Luxvide productions; Viola Come Il Mare and Sandokan.

The alleged disagreements between the two Turkish actors would also be fueled by the nomination of both for the annual prize as The most beautiful women and men in the world (in which Hande Erçel also participates for the female category). 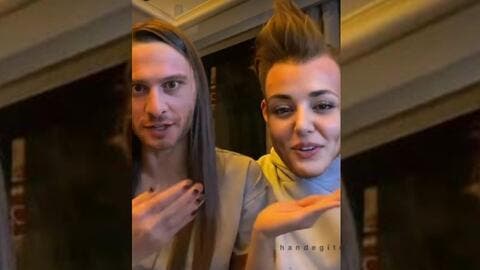 Kerem Bürsin’s Denial to the Turkish Press; Yaman Is Silent

Kerem Bürsin, in a recent interview with the Turkish press, has categorically denied the rumors that he would be seen as Yaman's rival.

"It is wrong to see another person, another actor, as in a competition. In reality, success belongs to everyone. That we are known abroad is everyone's success, because the job is to make Turkey known abroad in the best possible way and that is what is being done".

All that remains is to wait for the reply from Can Yaman, who has not yet officially expressed himself on the matter.