Published December 2nd, 2021 - 08:55 GMT
In this file photo taken on June 22, 2021 US actor Alec Baldwin attends DreamWorks Animation's "The Boss Baby: Family Business" premiere at SVA Theatre in New York City. US actor Alec Baldwin is being sued by a "Rust" crew member over the fatal on-set shooting of a cinematographer last month, lawyers said November 10, 2021. (Photo by Angela Weiss / AFP) / NO USE AFTER DECEMBER 10, 2021 22:48:57 GMT

Speaking to ABC News, actor Alec Baldwin has denied pulling the trigger in the fatal film-set shooting of Halyna Hutchins. 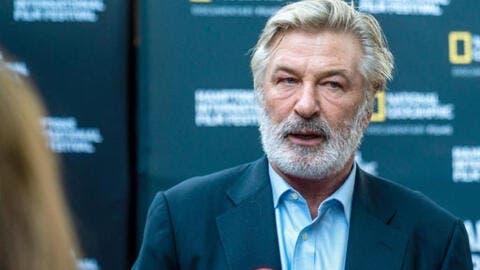 A New Update in The Alec Baldwin Case, Lawsuit Confirms Scene Did Not Require Shooting

The 42-year-old cinematographer was accidentally shot, and director Joel Souza injured, in the incident in October during the making of the western Rust.

Baldwin, 62, was in tears in his first primetime interview since the tragedy in Santa Fe, New Mexico, as he denied firing the .45 Colt revolver.

Speaking to ABC News anchor George Stephanopoulos, the 30 Rock actor described it as the worst thing that’s ever happened to him.

Baldwin said he did not know how a live bullet got inside what he believed was a safe ‘cold gun’. He said: ‘I have no idea. Someone put a live bullet in a gun – a bullet that wasn’t even supposed to be on the property.’

Asked whether it was the worst thing he’d experienced, he replied: ‘Yes. Because I think back and I think of what could I have done.’

Stephanopoulos described his interview with Baldwin, to be screened in full at 1am tomorrow UK time, as the ‘most intense’ he has done.

Speaking on yesterday’s Good Morning America, he said: ‘I’ve done thousands of interviews in the last 20 years at ABC.

‘This was the most intense I have ever experienced. So raw.

‘As you can imagine he’s devastated. But he was also very candid. He was very forthcoming. He answered every question. He talked about Halyna Hutchins, talked about meeting with her family as well.

‘[He] went through in detail what happened on the set that day and I was surprised in many places over the course of that one hour and 20 minute interview,’ Stephanopoulos said.

Mrs Hutchins cried, ‘That was no good, that was no good at all’ as she lay dying on the film set while being cradled by a friend.

Baldwin was left paralysed with shock and repeatedly said: ‘What the f*** just happened?’

Baldwin previously referred to Mrs Hutchins, who was married with a nine-year-old son, as a friend. In an impromptu address to reporters on a roadside days after the incident, he insisted the tragedy was a ‘one-in-a-trillion episode’. 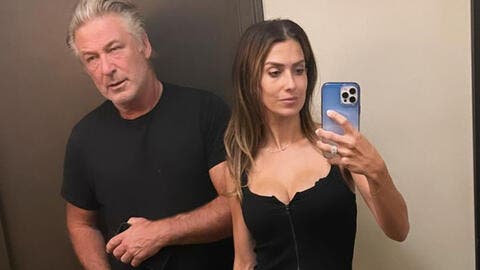 ‘We were a very, very... well-oiled crew shooting a film together and then this horrible event happened,’ he said, adding that he is ‘all in favour of’ new measures around the use of firearms during filming. Baldwin is being sued by Serge Svetnoy, the head of lighting on the set, who has alleged negligence caused him ‘severe emotional distress’. He said the bullet which killed Mrs Hutchins narrowly missed him.

Rust’s lead armourer Hannah Gutierrez-Reed, 24, accused the film’s producers of overruling her pleas for extra safety on set. A statement issued through her lawyers claimed she would ‘never permit’ the firing of live rounds on set.

Baldwin’s wife Hilaria, 37, was criticised after she shared a series of family Halloween photos on Instagram in the days following the death of Mrs Hutchins and told fans the couple had ‘rallied’ to give their six children some normality.