Fahriye Evcen and Burak Özçivit are Expecting Their Second Child?

Published June 23rd, 2022 - 08:34 GMT
Burak and Fahriye did not announce anything official

It might be happy news for the happy couple!

Burak Özçivit and Fahriye Evcen are reportedly expecting their second child together. 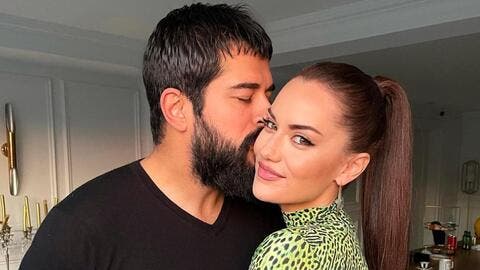 Turkish newspapers reported that Fahriye, who bid farewell to the TV series "Alparaslan: The Great Seljuk", which was broadcast on TRT1 screens in the past weeks, has been pregnant for two and a half months.

The Turkish stars did not announce anything official after this news was circulated and it was trending on Twitter.

and the happy marriage of the couple continues, with whom we can see that they spend most of their time with their son Karan, regardless of whether they are involved in any acting business.

the friendship between Burak and Fahriye , who met in 2013 in one of the acting works, turned into love over time, and they got married in 2017, and Fahriya gave birth to her first child, Karan in 2019 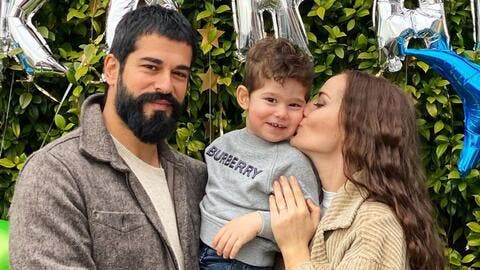 Fahriye had celebrated Karan's birthday, who turned three last April, with a message in which she said, "My dear son.. happy birthday!".