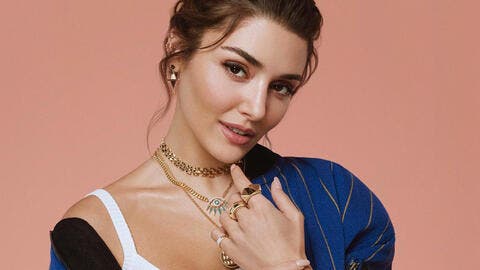 Hande Erçel gave a shoutout to her sister Ghamza while talking about their late mother who sadly passed away in 2019.

"I want to thank my sister, because she has a lot of my mother in her, and day by day, I see my mom in her''

As Hande made her speach, Ghamza got super emotional as the cameras reflected her tears on screen.

Hande thanked the women who inspired her, and said, "There have been so many women who have inspired me... I've been through so many things and always felt like my team was standing by my side behind everything I've been through, my manager, Nilay Kom... So many of my friends... I want to thank them all very much. 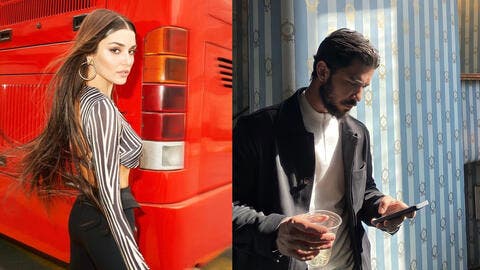 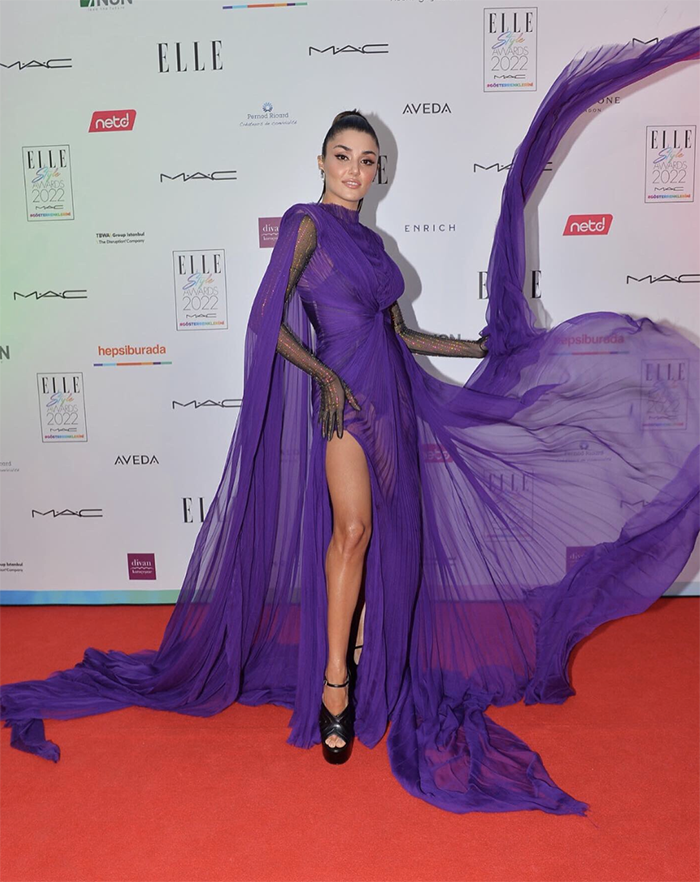 Hande Erçel wowed a gorgeous purple gown with a high slit, and had her hair up that helped her earrings to pop up, she had a very elegant make-up look and a perfectly made eyeliner.