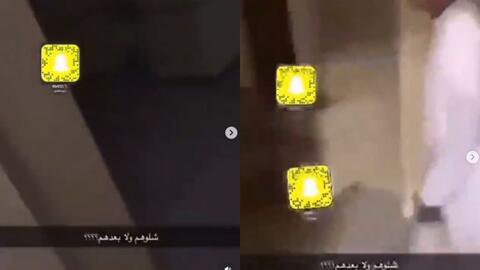 The video was described as scandalous, showing the body of a girl who looks like Al-Shehhi.

The Emirati star denied those rumors in a video she posted on Instagram, as she collapsed and sobbed while defending herself, stressing that she was not the one who appeared in the video.

She said: "They attributed the video to me only because the girl looks like me. I was broken when they sent the video to Ahmad [Mashael's husband] and told him this is your wife,"

Al-Shehhi then sent out a message to the person who published the video and created the rumor.

"To the person who published the video, this is what you intended, to see me broken, have you achieved your goal?"

Then Mashael opened up about the disgusting comments and dirty words she's been receiving from guys on social media, to the point that she said she would like to wash her eyes with vinegar.

On the same hand and not too long ago, Emirati couple Mashael Al-Shehhi and Ahmed Khamis have topped trending lists on social media because of an insult.

At the time, Ahmed was joking with Mashael when he patted her head with a purse.

Is That a Normal Reaction?! Hind Al-Qahtani Celebrates Ranking Top 4 on Snapchat by MOANING! Watch

Shockingly she responded with an insult and told him "pimp".

Followers did not only sharply attack the couple for what they described as "decadence", but also for the husband Ahmed who actually shared the video with the public.