The influence of the wife! 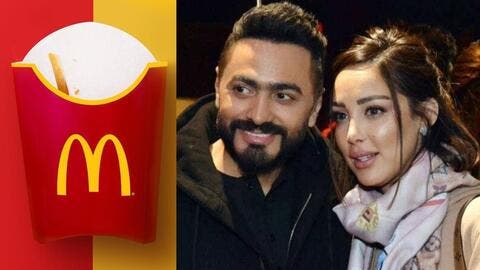 Egyptian singer and actor Tamer Hosny has broken into the fashion world, just like his wife, fashion designer Bassma Boussel, and launched his own fashion label which holds the Italian name, BIROCCI.

On Instagram, Tamer shared the happy news and posted the speech he gave during the conference.

"Yesterday, and thanks to God, the first fashion line for me under the Italian name BIROCCI was launched, and I became the main sponsor of the official uniform for the champions of Egypt and the entire Egyptian Olympic Mission in Tokyo 2021,"

He added: "Thank you Engineer Hisham Hatab for this precious trust and thank you His Excellency the Minister of Youth and Sports Dr. Ashraf Sobhi, your words are very dear to my heart, and I will never be late for anything related to the youth and heroes of Egypt."

During the conference, Tamer Hosny performed one of the patriotic songs, he also took photos with members of the Egyptian Olympic Mission departing to Tokyo in the coming hours to participate in the Olympic Games.

Executive Director of the Olympic Committee in Egypt, Mamdouh El-Sheshtawy, confirmed that artist Tamer Hosny is the owner of Italian brand BIROCCI that manufactures suits, and he displayed the official suit of the Egyptian team participating in the Tokyo 2021 championship that was gifted by Tamer. 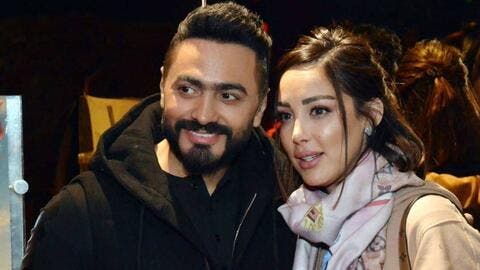 'Reckless, But I Love You! Tamer Hosny Makes an Official Statement Regarding Divorce Reports from Bassma Boussel 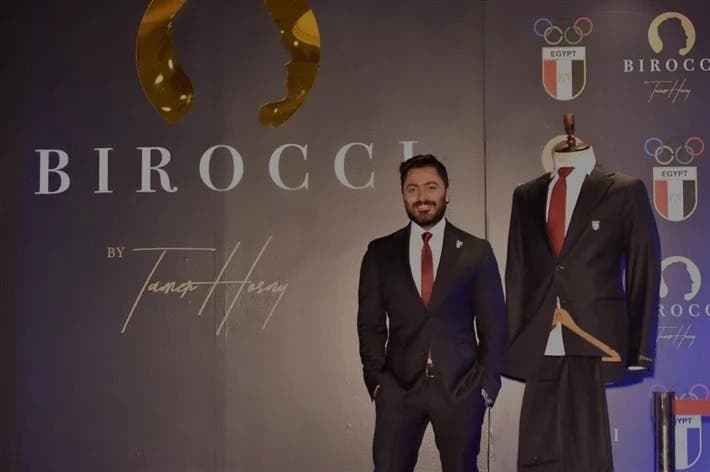 Bassma launched her first haute couture collection in 2015 in Cairo, in presence of Tamer Hosny at the time, who performed at the event in support of his wife, and a number of celebrities, led by Yara Naoum, the former Miss Egypt, and artist Fadia Abdel Ghani.