Tamer Hosny Praises His Kids For Staying by His Side 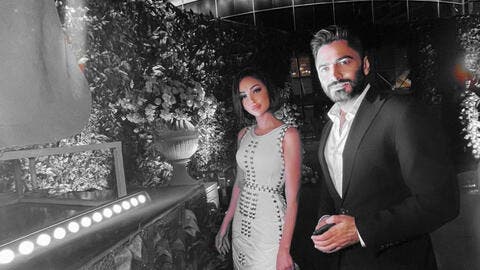 Tamer Hosny abandoned his caution in sharing the photos of his two daughters, Talia and Amalia, an

Earlier on Sunday, Egyptian artist and singer Tamer Hosny took to his official Twitter page to share a picture with his two daughters, Talia and Amalia.

The picture shared by Hosni was taken as the star performed in celebration for the opening of the Spanish Football Stadium Power Horse in Almeria Club, Spain.

Tamer Hosny flew to Spain alongside his two daughters and son Adam, and his wife Basma Bousil.

In Tamer's post, he revealed that at first he was nervous performing in front of a Spanish audience, and the singer admitted that he got his strength from his two daughters.

Hosny wrote in the post: ''I will never forget the moment my kids saw me nervous about performing in front of a Spanish audience for the first time'' 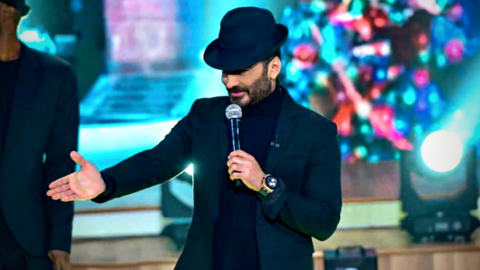 ''At first, I was worried about the audience's reaction, and I did not know how they will welcome me, it was very obvious how nervous I am.''

He added: ''My daughters stayed by my side and told me to be strong and never left my side till I went to the field and started performing''

The singer then said that his son, Adam, was also with them, but jokingly said: 'as usual he was asleep, because it was late'