Rima Rahbani has published an unseen picture of her mother veteran Fairuz two weeks after French president Emmanuel Macron had visited her at her house.

Rahbani posted the picture on her Facebook account, which saw Fairuz sitting on a couch and drinking what it looked like t juice, and behind her on the wall was this painting of her when she was young.

Rima captioned the unseen photo with a verse from a famous Fairuz song: "You and I... moonlight is enough for us." 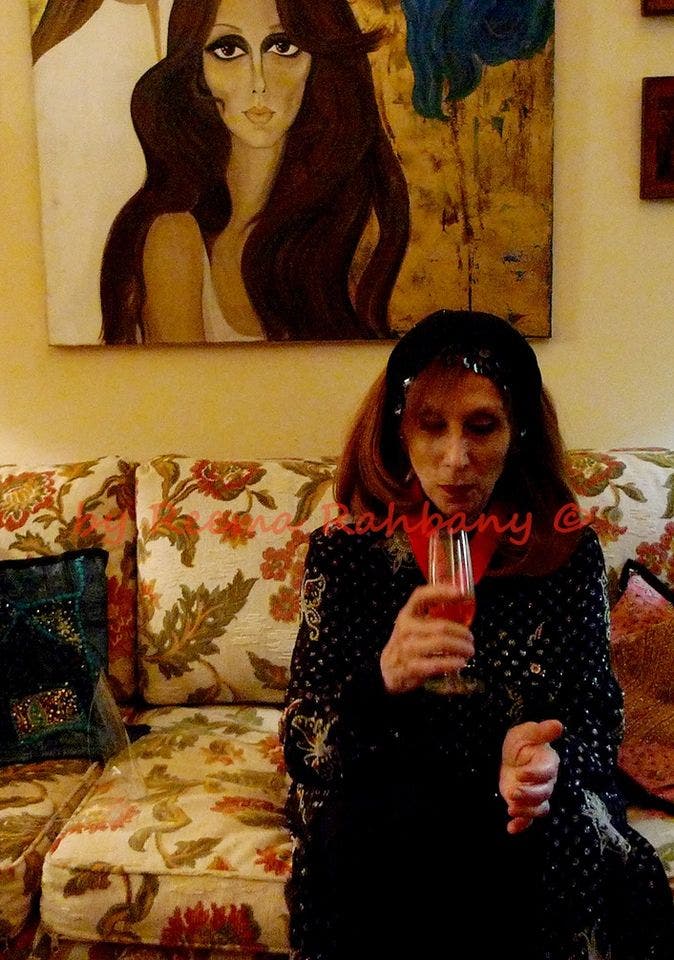 At the time, three official pictures were shared from the historical meeting.