In Video: Nelly Karim's Husband Screamed at Her Fans in Carthage Festival

Hisham Ashour, the husband of Egyptian actress Nelly Karim, got angry at her fans during her participation in Carthage Film Festival in Tunisia when they were trying to take selfies with her. 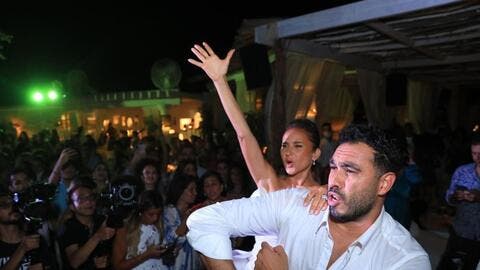 Ashour screamed at his wife's fans while they were trying to take pictures with her: "There are no pictures... We won't take pictures with anyone... What a farce." Then he took Nelly Karim's hand, and left, amid angry reactions from the audience as soon as the video was circulated.

Nelly Karim's husband was criticized by followers; Pointing out that Nelly Karim is a beloved artist and her fans were trying to express their love in that way, while others considered that he did so out of jealousy on his wife.

One follower wrote: "Nelly has never broken anyone's heart. She is a very good person, very spontaneous, loves people, and always treats adults and children the same way when it comes to photography. Nelly is a respected artist. This is an exceptional situation and does not harm her in anything."

Nelly Karim was recently present with her husband at Carthage Film Festival, where she was honored. 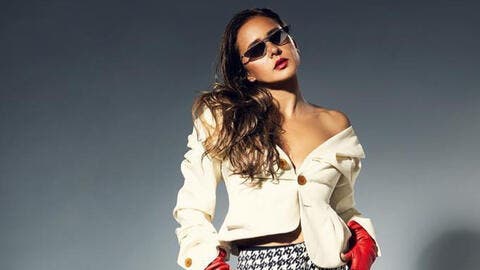 However, film director Reda El-Bahi of the 32nd edition of the Festival, revealed that Karim was angry and resentful of her reception.

Al-Bahi said: "Nelly Karim was not satisfied with the reception she received upon her arrival at Tunis airport, although she was received with flowers, and a hostess was present at her reception, but Nelly would have preferred the Minister of Culture or the festival director to welcome her."

It is reported that Nelly Karim received her honor and returned to her place in the hall, without addressing the audience.