An Egyptian woman named "Umm Nour Mazzika" was able to build her own fan base in Egypt and the Arab world, through the videos she shares on TikTok, as she cooks food inside her bedroom. 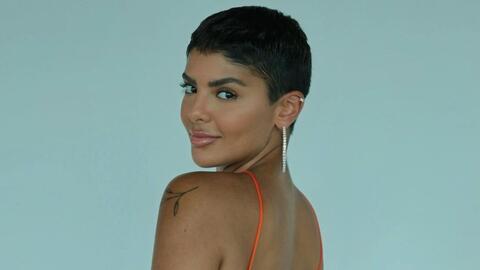 And Umm Nour Mazzika gained wide fame after one particular video went viral on social media, where she cooks kofta (Middle Eastern meatball dish) inside her bedroom, as she gained about 7 million views, in less than a month.

Umm Nour appeared sitting in front of a flat oven to prepare the kofta meal inside her bedroom, and called it "kofta of the bedroom", which sparked many criticisms of the considerations related to hygiene and safety in the place.

Umm Nour achieved wide fame on Tik Tok, then she created her own YouTube channel on May 25. In the description box she wrote: "Umm Nour, and there is no consolation for the haters."

The videos published by Umm Nour were described by some as "inappropriate", and made her the target of attack, and she and her family were subjected to harsh criticism for what they were doing, in order to gain views and then money.

Umm Nour Mazzika's fame got the attention of Egyptian anchor Reham Saeed who hosted her in Sabaya Al-Khair morning show.

However, Riham was heavily criticized by viewers and social media followers for hosting the likes of Umm Nour and presenting poor content.