Egyptian artist Wael Abdel Aziz, has revealed the recent developments of his sister's health, actress Yasmin Abdel Aziz, after she underwent a surgery, stressing that her health condition is dangerous. 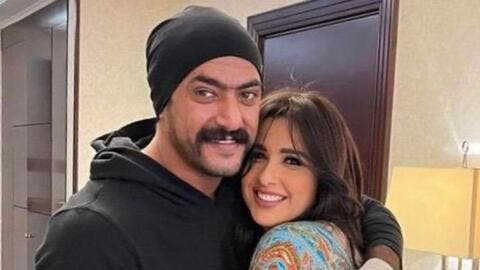 Abdel Aziz posted on Facebook, saying: "Good morning... All that I can say now is to pray for Yasmin, her condition is dangerous."

Wael's post worried her fans and friends who wished her health and safety by writing moving phrases and prayers for recovery on social media, including Mona Zaki, Karim Fahmy and Sawsan Badr.

Ayten Amer wrote: "May God keep you safe and heal you," while artist Ahmed Helmy wrote: "My dear sister, Yasmin, is undergoing a difficult operation. Please pray for her to be safe."

Egyptian anchor Basma Wahba wrote: "Oh God, for the sake of these blessed days, heal Yasmin Abdel Aziz, a cure that does not leave a disease...Oh God, heal her with your ability."

Last night, Egyptian actor Ahmed El-Awady has revealed that his wife actress Yasmin Abdel Aziz was in the operation room, and asked followers to pray for her.

It was reported that Yasmin asked her family not to disclose the type of operation she underwent, but according to a close friend of hers, the surgery was difficult.

Madrid Offer Vinicius to Man Utd Ahead of Move for Mbappe