Can Vaccines Prevent a Third Wave of COVID-19?

Jordanian Health Minister Feras Al Hawari said that the epidemiological situation in the country is still stable despite the fluctuation in the numbers of COVID-19 deaths and infections.

In an interview with the Jordan News Agency, Petra, published on Saturday, Hawari said that the turnout for COVID-19 vaccines has helped the Kingdom avoid a third wave of the pandemic.

The minister attributed this epidemiological stability to the procedures that the government adopted in dealing with the virus ahead of the gradual reopening of sectors, the return of expatriates and tourist groups.

He also added that the Kingdom achieved good inoculation rates and became a “model” in administrating the vaccines. The Kingdom provides four types of vaccines that are available to all according to the accredited international protocols.

Hawari noted that the government has expanded the vaccine recipients to include pregnant women, breast-feeding mothers and children, in addition to refugees and inmates of the reform and rehabilitation centres.

The minister said that vaccines are the only means to increase immunity and preserve the stable epidemiological situation. 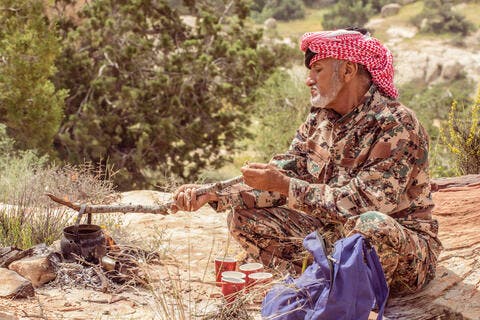 Among the ministry’s strategic goals are the full return to in-class education, which was planned with the education and higher education ministries, Hawari said.

He noted that the inoculation percentage among school teachers stands at 85 per cent and 90 per cent among faculty members at universities.

Ronaldo Could Be Moving to Tottenham

Whose Eyes Are These? 'Gypsy Girl' Mosaic