Published July 14th, 2021 - 11:21 GMT
A masked Palestinian protester hurls back a tear gas canister towards Israeli forces during clashes in the town of Beita, near the occupied West Bank city of Nablus, opposite the newly-established Israeli wildcat settler outpost of Eviatar, on July 9, 2021. JAAFAR ASHTIYEH / AFP

An Israeli officer has been wounded in a drive-by shooting at the Qalandiya checkpoint between the West Bank cities of Jerusalem al-Quds and Ramallah. 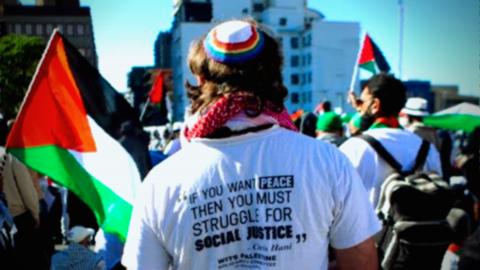 The attack took place on Tuesday night, when shots were fired towards Israeli guards from a vehicle as it was going through the checkpoint.

One of the Israeli forces was hit in the hand by shrapnel and lightly injured, medics said.

A 36-year-old man from Kafr Aqab, a neighborhood in northeast Jerusalem, fired several bullets from a vehicle at Israeli security forces, who returned fire.

He then fled the scene, and was arrested shortly after, according to Border Policehttps://t.co/iOM6mwovt8

Israeli media identified the gunman as a 36-year-old resident of Kafr 'Aqab, the northernmost Palestinian neighborhood in East Jerusalem al-Quds.

He then ran in the direction of al-Quds, but a short while later, Israeli police said they found the vehicle abandoned and the suspect hiding nearby.

The suspect was apprehended by Israeli police for questioning.

Israeli troops usually open lethal fire on Palestinians or arrest them due to allegations that they attempted stabbing or car-ramming attacks.

They have on numerous occasions been caught on camera brutally killing or beating Palestinians, with the videos going viral online and sparking international condemnation.

On Wednesday dawn, Israeli soldiers detained at least 16 Palestinians in raids on their houses across the West Bank, Wafa news agency reported.

Beita deputy mayor Mousa Hamayel said the occupying regime’s forces rounded up 11 Palestinians and injured two of them after breaking into and ransacking their houses in the town.

Two Palestinian brothers were also arrested in the northern West Bank city of Tulkarem, according to the Palestine Prisoners’ Society (PPS).

Additionally, a former prisoner was taken into Israeli custody in Shweika neighborhood, north of Tulkarem. 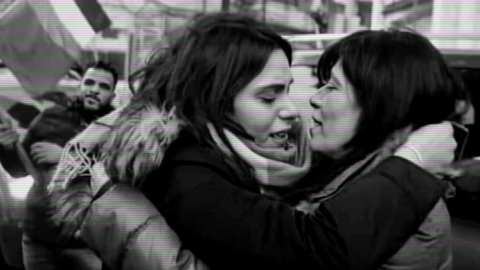 In Tubas city, northeast of Nablus, Israeli troops stormed into al-Far’a refugee camp and detained another Palestinian. During the ensuing confrontations, soldiers opened fire towards Palestinian youths who attempted to block their passage, injuring one of them.

A similar Israeli raid into Tuqu’ town, east of Bethlehem, led to the detention of one more Palestinian.