Egypt is Leaving 'No Stone Unturned' For Its Shares in Nile Waters!

Published June 14th, 2021 - 06:12 GMT
Ethiopia began work on the dam in 2011. Egypt and Sudan are calling for a binding and comprehensive deal with Ethiopia that guarantees the rights and interests of all three countries. (AFP/File)
Highlights
Cairo fears the GERD will threaten its water supply from the Nile

Egypt has sent a letter to the head of the UN Security Council to highlight developments in the Grand Ethopian Renaissance Dam (GERD) dispute, as it and Sudan drafted a resolution about the dam to be presented to Arab foreign ministers next week. 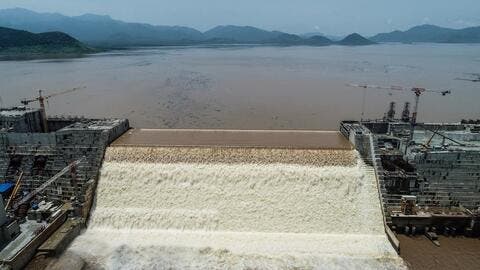 The Nile Talks Are Like a 'Stop-Go' Machine. Here is The Jest!

Ethiopia began work on the dam in 2011. Egypt fears the GERD will threaten its water supply from the Nile, while Sudan is concerned about the dam’s safety and its own water flow.

The Egyptian Foreign Ministry (@MfaEgypt) said that it has sent a letter to the UN Security Council to reaffirm its "complete rejection" of #Ethiopia's unilateral measures on the filling of the disputed Grand Ethiopian Renaissance Dam (GERD) on the Nile River. pic.twitter.com/GjZepItGuQ

Egyptian Foreign Minister Sameh Shoukry’s letter to the UN Security Council included the country’s objection to Ethiopia’s intention to continue filling the dam during the upcoming flood season. It also expressed the government’s rejection of Ethiopia seeking to impose a fait accompli on the downstream countries through unilateral measures.

Foreign Ministry spokesman Ahmed Hafez said the letter aimed to reveal the truth about the intransigent positions Ethiopia was taking as these were stalling the efforts made over the past months to reach a fair, balanced and legally binding agreement on the issue.

Hafez said that an integrated file was also deposited with the UN Security Council to serve as a reference for the international community on the issue, as well as to document the constructive and responsible positions taken by Egypt.

Hossam Zaki, assistant secretary-general of the League of Arab States, said there was an Arab consensus supporting Egypt and Sudan’s rights in the Nile waters and that there was not a single country outside this consensus.

He indicated that Ethiopia’s attempt to “drive a wedge” between Arab and African countries on the Renaissance Dam issue would not succeed.

Once completed, the Grand #Ethiopia|n Renaissance Dam will bring electricity and an opportunity for a dignified life to more than 65 million people, who currently live in darkness.#GERD #ItsMyDam pic.twitter.com/qcZde8JCBJ

The Council of Arab States, at the level of foreign ministers, is scheduled to hold an extraordinary session in Doha on Tuesday at the request of Egypt and Sudan to discuss developments regarding the dam issue, he added.
Zaki said the session would be held on the sidelines of the consultative meeting of Arab f 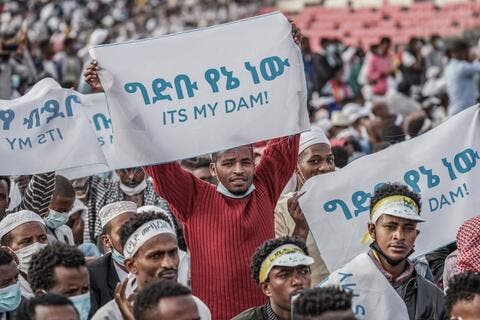 oreign ministers that was being held in Doha.

Egypt and Sudan are calling for a binding and comprehensive deal that guarantees the rights and interests of all three countries.