Published January 5th, 2022 - 07:40 GMT
Several sources of fire have been active for weeks in the Argentine provinces of Neuquen, Rio Negro and Chubut (south), where the flames have consumed thousands of hectares of native forest, amid adverse weather conditions, according to the authorities. (Photo by Francisco RAMOS MEJIA / AFP)
Highlights
Fires have consumed 'between 80,000 and 90,000 hectares,' killed animals in southern Chubut Province

Authorities revealed that Argentine fires have destroyed "between 80,000 and 90,000 hectares" in the southern province of Chubut which started four days ago, the Telam news agency reported Tuesday. 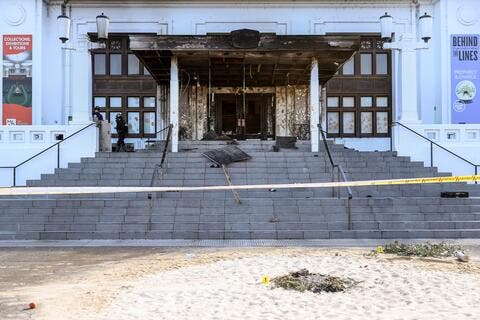 Firefighters working in the area of the most affected town of Puerto Madryn are trying to prevent the fire from entering Peninsula Valdes, a Patagonian nature reserve.

Crews have said they have not seen a forest fire that has caused such a widescale level of destruction since the summer of 2002, reported the InfoBae newspaper.

The fires began on December 7th after a lightning storm and have spread across the main road connecting the city of Bariloche with other parts of western Patagonia pic.twitter.com/VgDWmO3BzS

The Director of Civil Defense Jose Mazzei said the fire has had a destructive effect. He described it as possessing "an extreme behavior from the beginning and I estimate that the flames consumed between 80,000 and 90,000 hectares."

Mazzei told Cadena Tiempo that “all the land was left without vegetation,” adding, “erosion causes a lot of dust to fly, but the wind is taking it off route 2, so we are in full evaluative tasks of how we are going to continue working and with the aerial means we will attack the hot spots that have remained."

Regarding the loss of homes and animals, Mazzei noted the strength of the fire as "very striking, not allowing the animals to move away,” resulting in fences being cut to allow animals to escape in the countryside.

The second chief of the Puerto Madryn Voluntary Firefighters, Ricardo Saavedra, told Radio Tres that efforts are being made to prevent further potential outbreaks as they "continue working in the area,” adding "so that in the event that the fire restarts, it does not have much combustible material or goes to the Peninsula (Valdes), which is our priority."

Saavedra, with more than 30 years of experience as a firefighter, pointed out that "fires are becoming more complex and aggressive, due to climate change and the wind." 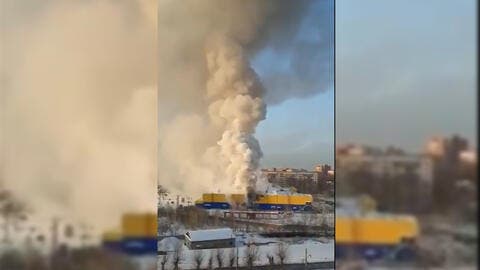 In late December, the federal government confirmed that fires in Patagonia are associated with climate change, as authorities announced a "crisis committee" to coordinate efforts as they battle blazes in the affected provinces.