Hundreds of Lebanese Kurds Protest Against Turkish Campaign in Syria 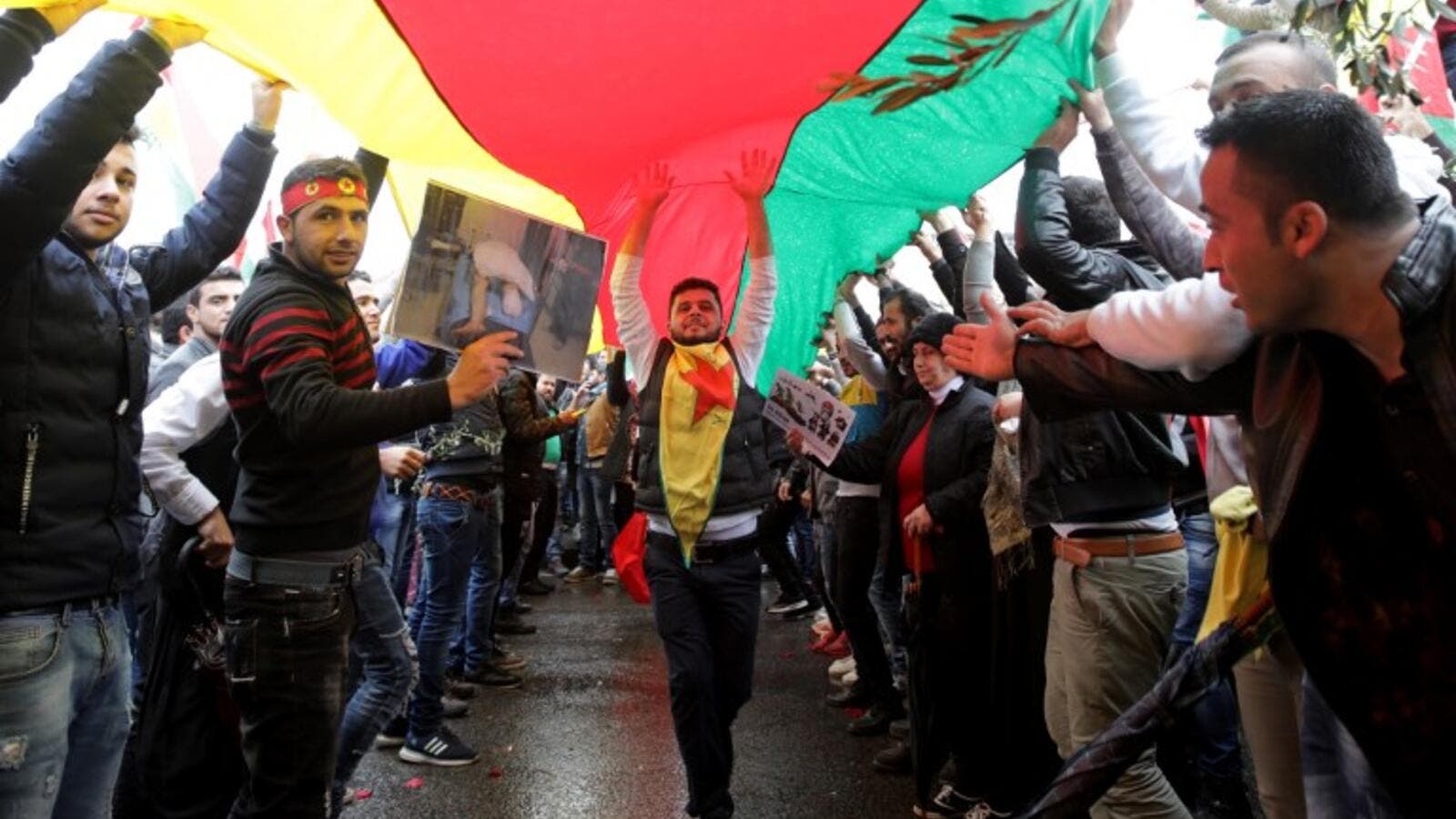 Lebanese Kurds wave flags and chant slogans on Jan. 28, 2018, during a protest near the European Commission offices in Beirut against the ongoing Turkish military campaign in the Kurdish-held Syrian enclave of Afrin (ANWAR AMRO / AFP)

Hundreds of Lebanese Kurds protested in front of the European Commission offices in Beirut Sunday against the ongoing Turkish military campaign in the Kurdish-held Syrian enclave of Afrin.

This is the third demonstration in Lebanon against the offensive since it was launched against the Kurdish People’s Protection Units (YPG) on Jan. 20 in Afrin. Protests were also held in front of the Turkish and Russian embassies.

The Internal Security Forces closed off one of the main roads into Downtown Beirut as demonstrators marched toward the EU offices waving flags and chanting slogans.

“Their previous protests have been peaceful with no security incidents, but in the event that something happens, reinforcements have been sent in,” a security source said.