Iran: Syria Crisis Will be Solved if Foreign Forces Leave

Published January 27th, 2022 - 08:43 GMT
A Turkey-backed Syrian fighter is pictured during a military training at a snow-covered base in the Afrin region in the northwestern Aleppo province countryside, on January 26, 2022. (Photo by Bakr ALKASEM / AFP)
Highlights
All occupying and uninvited foreign forces must leave Syria “without any precondition or further delay.”

Iran has slammed serious violations of Syria’s national sovereignty and territorial integrity by both uninvited foreign parties and terrorists, saying that the long-running crisis could only be resolved when the occupation ends. 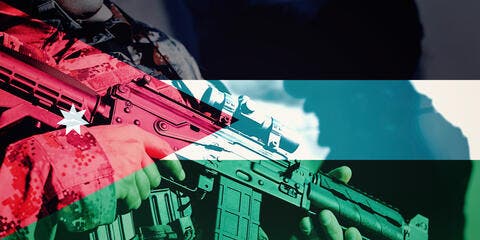 “The sovereignty and territorial integrity of Syria continues to be seriously violated either through the occupation of parts of this country or by the aggression of the Israeli regime and the terrorists,” Majid Takht-Ravanchi, Iran’s ambassador and permanent representative to the United Nations, said during a UN Security Council meeting on the situation in the Middle East (Syria) on Wednesday.

“While the Syrian crisis has no military solution, it cannot also come to an end without ending its occupation, restoring its sovereignty and territorial integrity, and confronting the threat of terrorism,” he added.

The senior diplomat said occupation, aggression and the imposition of unlawful and inhumane sanctions have created continuous sufferings for the Syrian people, adding that all occupying and uninvited foreign forces must leave Syria “without any precondition or further delay.”

He further called on the Security Council to strongly condemn a recent “provocative” meeting of the Israeli cabinet in the occupied side of Syria’s Golan Heights and its statement to build two new settlements there.

Israel seized the Golan Heights from Syria in the closing stages of its 1967 Six-Day War on Arab countries, which also saw the regime occupy the Palestinian territories of the West Bank, East al-Quds, and the Gaza Strip.

Tel Aviv unilaterally annexed the Golan Heights in 1981 in a move not recognized by the international community.

Elsewhere in his address, Takht-Ravanchi once again reiterated Iran’s support for the Syrian people and government in their efforts to restore unity and territorial integrity of their country and the holding of the Constitutional Committee’s next meeting soon.

He noted that the convening of the fifth and sixth meetings of the Constitutional Committee raised hopes for the convergence of views among the parties.

The Kurdish-led militia that has been battling Islamic State fighters for control of a prison in Syria retook the entire complex, a spokesman for the militia said.

More than 100 people have been killed since ISIS fighters stormed the facility on Thursday.https://t.co/EvHdosQ0XC

“We emphasize again that the Committee must work in full accordance with its Terms of Reference and Rules of Procedure and without any external interference or pressure or setting any artificial deadline for its work or any other conditions of similar nature. Ultimately, it must be a truly Syrian-led and Syrian-owned effort, and the UN’s role must be exclusively to facilitate that process,” he said.

Takht-Ravanchi hailed the unanimous adoption of resolution 2585 last year as an important development, emphasizing that it must be implemented “fully, effectively, and in a balanced manner, particularly with respect to the early recovery projects and the removal of unilateral sanctions.”

He voiced Iran’s objection to separatist activities or illegitimate self-rule initiatives in Syria and condemned any effort to support such illegal measures.

“The Syrian crisis must be settled peacefully and in accordance with principles of international law, particularly the full respect for the sovereignty and territorial integrity of states,” the Iranian diplomat pointed out.

Since the onset of the Syria crisis in 2011, the US, the European Union and some Arab states have been supporting militant groups in their fight against the Syrian government.

As the proxy terrorists failed on the battlefield thanks Iranian and Russian support for Syria, the Westerners imposed draconian sanctions against the Arab country to exert more pressure on the Damascus government. 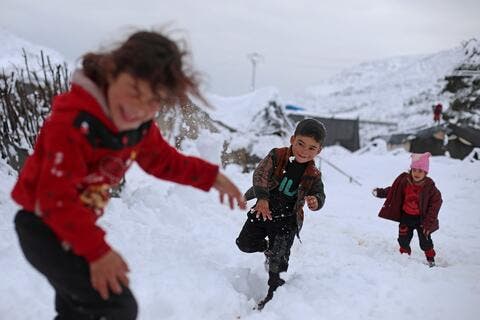 Meanwhile, the US and Turkey have also deployed military forces to Syria to advance their own interests there and have been turning a deaf ear the Damascus government’s calls for them to end their occupation and violations of the Arab country’s sovereignty.

In turn, the Israeli regime has also been launching air raids on various targets in Syria, in what is widely viewed as an attempt to boost anti-Damascus terrorists.