Israeli jets have carried out fresh attacks against the Gaza Strip as the Tel Aviv regime continues with its acts of aggression against the besieged Palestinian enclave. 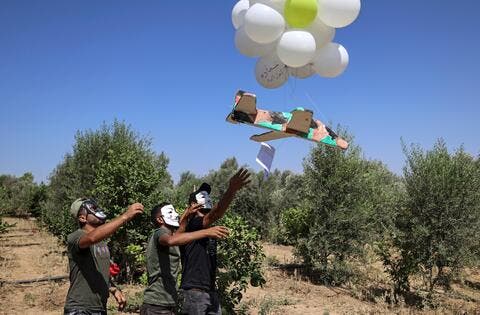 They launched a number of missiles at a site near al-Maghazi refugee camp in the central district of Deir al-Balah early Sunday, Palestine's Safa news agency said, citing local sources.

Israeli doctors managed to restore the sight of a girl from #Gaza in an innovative surgical procedure.

For many years Hadassah Medical Center has been providing medical services to Palestinians who live in the West Bank and Gaza Strip. pic.twitter.com/Q6kzsC4sT7

Palestinian sources in Gaza said the overnight strikes damaged homes and other buildings in the targeted areas. There were no immediate reports of casualties.

The Israeli military, for its part, claimed in a statement that its aircraft targeted an underground rocket production workshop belonging to Hamas resistance movement, as well as a weapons storage site, a training facility, and a tunnel.

The statement alleged that the strikes were conducted after two rockets were launched from the Gaza Strip into Israeli-occupied territories earlier in the day.

Early Saturday, Israel carried out several airstrikes on the Gaza Strip after Palestinian resistance fighters reportedly fired a rocket at the occupied territories in response to a new crackdown on prisoners.

The Gaza Strip has been under an Israeli blockade since 2007 when Hamas took control of the coastal enclave.

The siege has inflicted severe hardship on residents. The poverty rate among Gaza’s population has reached 53 percent, while “extreme poverty” stands at 33.8 percent, according to statistics by the Palestinian Central Bureau of Statistics (PCBS).

About 68 percent of families do not have enough to eat, while 80 percent of Gazans are dependent on aid.

The area’s unemployment rate stands at 45.1 percent, according to PCBS.