Israel has targeted Hamas positions in southern Gaza after rockets were fired from the Palestinian enclave, security sources and the army said. 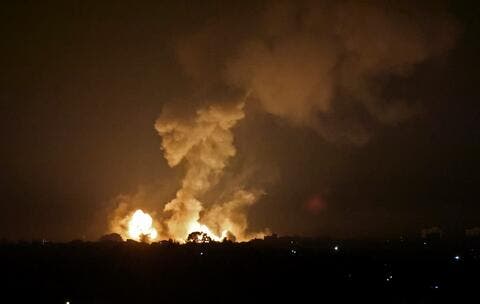 Planes bombed a Hamas site at midnight on Saturday, in response to the firing of two rockets from the Gaza Strip on Saturday morning toward the sea off the shores of Tel Aviv.

The sources also reported Israeli artillery fire on some watchtowers of Hamas and Palestinian factions in the northern Gaza Strip, without any injuries.

According to reports, militants fired SA-7 missiles, as well as a number of test rockets toward the sea.

Factions in the Gaza Strip have fired SAMs at Israeli platforms during past operations over the Strip, but none of them — including those of Saturday evening — have caused any damage.

The Israeli army confirmed to the Jerusalem Post newspaper that missiles were fired at the helicopters.

Israeli Prime Minister Naftali Bennett dismissed the Hamas claims that the rocket launch had been triggered by a thunderstorm.

“All this talk about lightning causing the rocket launches is irrelevant. Whoever points missiles at Israel bears responsibility,” Bennett said at the start of the government’s weekly Cabinet meeting.

The Israeli military said in a statement that it struck “a rocket manufacturing site and military posts” belonging to Hamas in the Gaza Strip on Saturday night in response to the rocket fire.

Various media outlets, mostly Israeli, reported that Egypt has strived to contain the chances of a new escalation between Gaza and Israel.

Egyptian officials called on Hamas and other Palestinian militant groups in Gaza to stop their actions that Israel sees as provocative, and for Israel to accelerate arrangements agreed upon as part of the ceasefire, an Egyptian diplomat with knowledge of the efforts was quoted as saying in the Israeli newspaper Yedioth Ahronoth.

“Neither side wants a full-blown war,” the Egyptian diplomat said. “They just want guarantees and steps on the ground.”

The Gaza Strip suffered a fourth war last May that caused hundreds of casualties and extensive material damage to homes and infrastructure.

The ceasefire brokered by Egypt and other mediators is fragile but has largely held since the 11-day war between Hamas and Israel ended.

Hamas and other factions accuse Israel of not abiding by its promises, as well as the lack of reconstruction after the conflict.

As Egypt pushed for calm, Islamic Jihad threatened to launch an attack on Israel in the event of the death of Palestinian prisoner Hisham Abu Hawash, who is on hunger strike in an Israeli prison. The prisoner, who suffers from serious health complications, has been transferred to a hospital in Israel.

Many believe that Hamas and Islamic Jihad are trying to pressure Israel to provide facilities for the residents of the Gaza Strip, despite the possibility of a large-scale escalation.

Israeli columnist Amos Harel said: “The rockets fired from the Gaza Strip at the Tel Aviv area early on Saturday morning were a warning sign from the Palestinians, indicating that the ceasefire that came into effect after the 11-day war in May is shaky.” 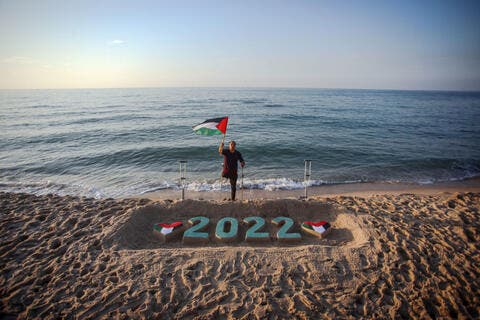 Palestinian writer Mustafa Ibrahim said: “The rockets may have been launched by lightning and thunder ... and it may be otherwise ... perhaps a message that the fragile truce is broken.”

“Gaza will remain in a state of tension in the face of the Israeli policy that has done nothing for Gaza 7 months after the last ceasefire. The question remains: Will Hamas be able to go for a wide confrontation at this time? I don’t think so.”