Published August 24th, 2021 - 07:13 GMT
A Palestinian man walks near a mural painting in Balata refugee camp east of Nablus in the occupied West Bank, on April 8, 2021. The US State Department said it yesterday it would contribute $150 million to UNRWA. AFP / Jaafar ASHTIYEH
Highlights
Clashes erupted with Israeli soldiers after storming refugee camp, east of Nablus city

Israeli forces shot a Palestinian youth to death early on Tuesday after soldiers stormed the Balata refugee camp in the northern West Bank. 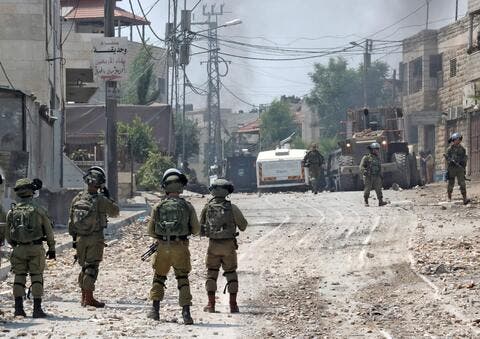 Disabled Palestinian Shot in The Foot by Israeli Soldiers Near Bethlehem

Palestinian medical sources said a civilian was killed during clashes that erupted with Israeli soldiers after storming the refugee camp, east of the Nablus city.

The sources, preferred not to be named, at the Rafidia Governmental Hospital in Nablus, told Anadolu Agency that a civilian arrived at the hospital suffering from serious injuries, but lost his life.

Meanwhile, some eyewitnesses told Anadolu Agency that Israeli soldiers stormed the Balata camp to arrest Palestinians, and clashes erupted with a number of young men in the refugee camp.

They added that the Israeli soldiers used live bullets and tear gas canisters, while young men threw stones at the forces.

Imad Hashash, 17, was killed during clashes with the Israeli army in Balata refugee camp north of the West Bank. pic.twitter.com/Lks9ql9rjp 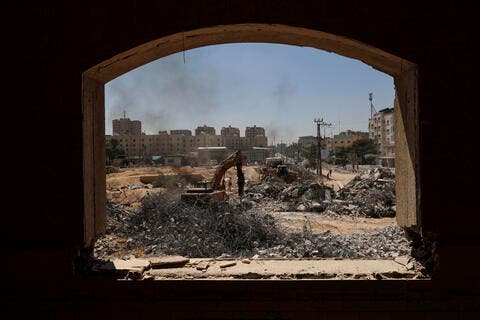 The medical sources have yet to announce the name of the slain and more details.

Clashes usually erupt after the Israeli forces storm Palestinian cities and towns, to arrest Palestinians from their homes.