Late in November, Jordanian King Abdullah II told journalists that the Jordanian-Israeli relationship was at an ‘all time low’.

In 2019, Amman recalled its ambassador to Israel, no joint ceremony was held to mark the quarter century anniversary of the historic peace agreement signed between the two nations, and senior Jordanian officials grew increasingly frustrated at their exclusion from high profile international talks on the Palestinian issue.

Yet Abdullah held out hope for improvements with one of the Kingdom’s most important bilateral partners in the future. Linking the cooling of relations to domestic issues in Israel, Abdullah noted ‘Israelis have gone through a series of elections. So, as a result, we are in pause mode’.

A more conclusive electoral result, to Abdullah, would mean ‘we can get back to talking to each other on simple issues that we haven’t been able to talk about for the past two years’. Yet the result of Monday’s Israeli elections, which may allow Israel’s domestic political uncertainty to be overcome, will not be welcomed in Amman.

Though long-serving Israeli Prime Minister Benjamin Netanyahu is still short of securing a historic fifth term in office, he declared victory in the late hours of Monday evening. His Likud party picked up 4 more seats than in September’s election, bringing their total share to 36.

As results streamed in, a litany of populist right-wing leaders from across the world rushed to congratulate their close ally in Tel Aviv

As results streamed in, a litany of populist right-wing leaders from across the world rushed to congratulate their close ally in Tel Aviv. From President Trump to Brazil’s Jair Bolsonaro, Indian Prime Minister Narendra Modi to Philippine President Rodrigo, populist leaders on the right welcomed Mr Netanyahu’s success which they see as indicative of a continuing global trend that prizes principles of national sovereignty and security and spurns the criticism of international agencies and unelected officials.

Yet Mr Netanyahu’s success was far from assured. Announcing victory in Tel Aviv, Mr Netanyahu noted, ‘They told us we are going to lose, that it was the end of the Netanyahu era. But we turned lemons into lemonade’.

Mr Netanyahu, the political survivor par excellence, has once more defied predictions to remain Israel’s most likely Prime Minister in the 23rd Knesset.  Electoral watchers argued that fears of coronavirus transmission would keep voters at home and disadvantage Mr Netanyahu.

Political analysts believed that Mr Netanyahu’s official indictment on three charges of corruption presented to the Jerusalem District Court in late January, would encourage defections from Likud, as electors placed the rule of law above party loyalties. 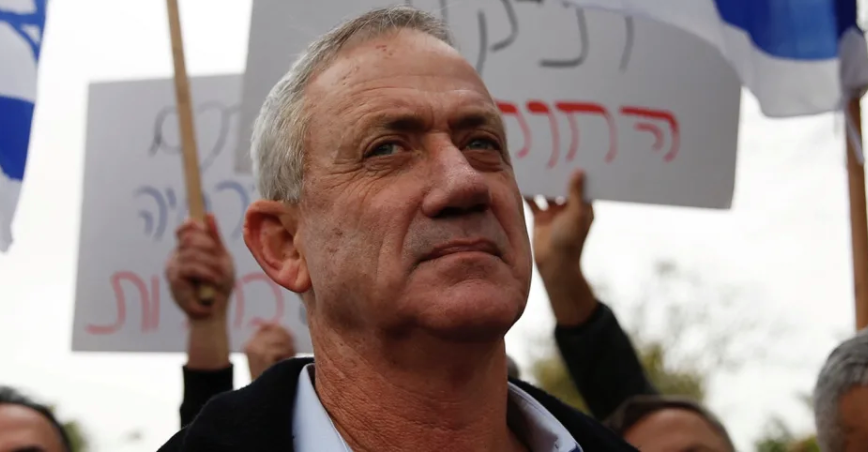 Benny Gantz, the leader of Israel’s official opposition, the Blue and White alliance, believed that a campaign focused on preserving Israel’s democratic institutions from the autocratic tendencies of the country’s long-serving Prime Minister would pay dividends, as he traded on powerful images of Mr Netanyahu attending court in the morning before carrying out his Prime Ministerial duties for the remainder of the day.

Support from security officials, often a natural campaigning advantage for Likud, became a more contentious issue in this campaign, as Mr Gantz, a former head of the Israeli Defence Forces positioned himself as a steadier hand for keeping Israelis safe and video footage emerged of  6 former Israeli security chiefs calling Mr Netanyahu a ‘danger’ who put the country at risk.

Yet Mr Netanyahu’s bold campaigning paid off. Though the unveiling of US President Donald Trump’s ‘Vision for Peace’ plan and the emergence of an embarrassing recording of Mr Gantz’s top strategist, Israel Bachar, complaining of his boss’s lack of courage proved helpful to Likud, much of the party’s continued success relies on Mr Netanyahu’s cynical yet adept political calculations.

he made audacious commitments to build settlements east of Jerusalem which would encircle Palestinian neighbourhoods in the city, annex all existing Israeli settlements and lay claim to sovereignty over the Jordan Valley

Having been personally energised by a leadership challenge from Likud Knesset member Gideon Sa’ar, Mr Netanyahu remained on campaign footing for weeks, holding as many as 4 rallies a day as he made audacious commitments to build settlements east of Jerusalem which would encircle Palestinian neighbourhoods in the city, annex all existing Israeli settlements and lay claim to sovereignty over the Jordan Valley, an entire third of  the West Bank.

Mud-slinging by Mr Netanyahu which painted Mr Gantz as ‘weak’ and ‘not a leader’ may have cut ice with voters increasingly pessimistic about the future of Israel’s national security. In spite of long-term criticism by the international community and a stiff challenge from Mr Gantz, Mr Netanyahu is still the overwhelmingly favoured candidate when it comes to issues of security and defence.

A consolidation of Mr Netanyahu’s rule will be cause for significant concern for Israel’s Arab neighbours. Many Middle East analysts see few differences between Mr Gantz and Mr Netanyahu when it comes to security policy and external affairs

Both agree to the annexation of the Jordan Valle and a tough approach to Gaza which Mr Gantz once boasted he had been partially responsible for ‘returning to the stone age’ during bombing campaigns in 2015.

A consolidation of Mr Netanyahu’s rule will be cause for significant concern for Israel’s Arab neighbours.

Yet Mr Netanyahu’s approach to questions of relations with erstwhile allies and the Palestinian issue remain far more hardline than those of his chief adversary. In an effort to ride the wave of populist success, Mr Netanyahu has emerged as an implacable opponent of almost all forms of bilateral engagement which might force Israel to make concessions.

On Sunday, Mr Netanyahu told Makor Rishon, a right-wing Israeli newspaper, ‘I am not concerned with threats from the Palestinian Authority and Jordan’, as he explained plans to build thousands of new settlement homes in the occupied West Bank.

Criticising his rival, Netanyahu noted ‘If Benny Gantz was the Prime Minister, he would never carry out these steps because he believes that he needs international and Palestinian recognition. Do you think that they will agree with that?’.

King Abdullah proved correct when he stated to the European parliament in January that Israel’s behaviour was evidence of the state ‘turning its back on its neighbourhood’, and noted the inability of Mr Netanyahu to countenance any criticism or advice, save that which comes from his enabler in the White House, President Trump.

Mr Netanyahu’s rejection of a bilateral approach to the most pressing regional issues augurs badly for the future of relations between Israel and its Arab neighbours, Jordan foremost amongst them. Both Arabs and Israelis will wear the cost of Mr Netanyahu’s increasingly autocratic approach.

The views expressed in this article do not necessarily belong to those of Al Bawaba News.