Published April 25th, 2021 - 04:40 GMT
An Israeli soldier fires during clashes with Palestinian youth in the city center of the occupied West Bank town of Hebron on April 24, 2021, following a protest in support of Palestinian demonstration in Israeli-annexed east Jerusalem. HAZEM BADER / AFP
Highlights
Israeli regime clashed with Palestinians in the besieged Gaza Strip.

Resistance groups have warned the Israeli regime of tit-for-tat responses if it continues its acts of aggression against the Palestinian people, amid attacks by the regime against the besieged Gaza Strip. 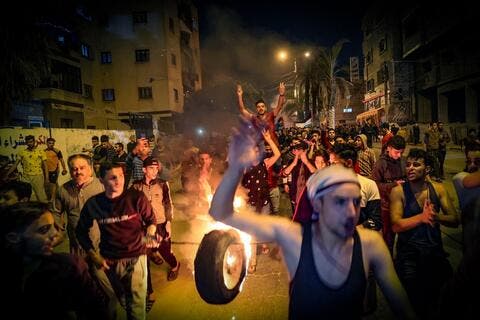 “The enemy’s raids on Gaza will not deter the resistance from carrying out its duties whenever necessary,” the Islamic Jihad Movement said via Twitter on Saturday.

“The resistance will respond to any act of aggression in kind, and it will protect our people and will not allow the enemy to bypass the rules of engagement,” the movement said.

Iran has condemned the Israeli regime’s “brutal” acts of aggression against the Palestinian people in Jerusalem al-Quds, saying such atrocities must immediately end.https://t.co/W96jus5T2M

It also described al-Aqsa Mosque as a “red line,” which Palestinians will not allow the Israeli settlers to cross.

Israeli police and settler violence erupted in the area on Thursday night and continued through Friday, leaving 110 Palestinians wounded and 50 more arrested, according to Palestine’s official Wafa news agency.

It came after hundreds of Israeli settlers took to the streets in the Old City of Jerusalem al-Quds on Thursday, chanting “Death to Arabs” and “Arabs get out” as they protested through the city center in a move they claimed was to “restore Jewish dignity” in Jerusalem al-Quds.

Also, on Friday, tens of thousands of Muslim worshipers found themselves confronted by dozens of armed Israeli police, some on horseback, after they left al-Aqsa Mosque, which led to clashes between the two sides.

Palestinians rallied inside the al-Aqsa Mosque compound to protest Israeli police and settler violence against worshipers while carrying Palestinian flags and chanting slogans against the Israeli regime’s violations in Jerusalem al-Quds.

The Palestinian Hamas resistance movement also warned Israel against escalating its atrocities against the people of Jerusalem al-Quds and in the holy Aqsa Mosque.

In remarks on Saturday, Fawzi Barhoum, Hamas spokesman, held the Israeli regime responsible for the latest racist attacks by its soldiers and illegal settlers against the people of Jerusalem al-Quds and Muslim worshipers.

All these crimes and violations will not discourage the Palestinians from continuing the struggle and resistance in all its forms to defend al-Quds and Al-Aqsa Mosque, Barhoum said, the Palestinian Information Center reported.

On Saturday, the Israeli military said it had bombarded the besieged Gaza Strip, targeting an outpost purportedly run by Hamas early in the morning.

Despite restrictions from the Israeli regime, Palestinian believers were still able to enter the Al-Aqsa Mosque, breaking the barriers.

It also claimed that the attack was conducted in retaliation for two rounds of rocket attacks fired at Israel throughout the night from the Gaza Strip. 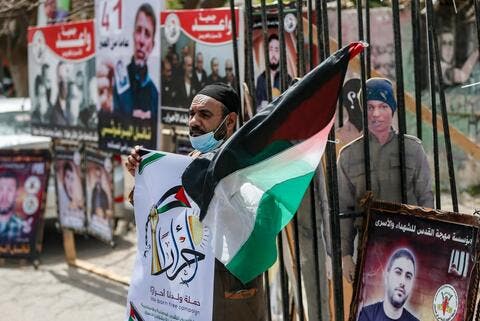 Ansarullah affirmed its firm stance toward the oppressed Palestinian people and the resistance fighters, saying, “It is in their hands to stand together against the Zionist criminality and arrogance.”

“What was taken by force will not return except by force,” added the movement, which is itself involved in armed resistance against the Saudi-led military campaign and its mercenaries in Yemen.